A council decision to allow a new international motorsport track to be built in South Auckland could also free up cash for better community facilities in Ōtara and Papatoetoe.

A new international-standard race track to be built in South Auckland could see Colin Dale Park become the premier destination for motorsport in New Zealand.

Development of the Wiri site has been given the green light, after Auckland Council’s Parks, Arts, Community and Events (PACE) Committee voted last week to lease a section of the park to the Colin Dale Kartsport Development Charitable Trust to build a “world class” motorsport facility.

A decision was also made to change the governance of the park and financial responsibility for its development from the Ōtara-Papatoetoe Local Board to Auckland Council’s governing body. It essentially means any future ratepayer spending on the park will come out of council’s larger long-term plan budget, as opposed to the local board’s allocated funds.

PACE committee chair Alf Filipaina says the decision is good for both the local community and Auckland as a whole.

“The local board came to us and said please take over [the park] as it’s too big for us,” he says.

“We believe this is a destination park with wider regional value and, because there’s support for it from the local board, we were happy to take over. 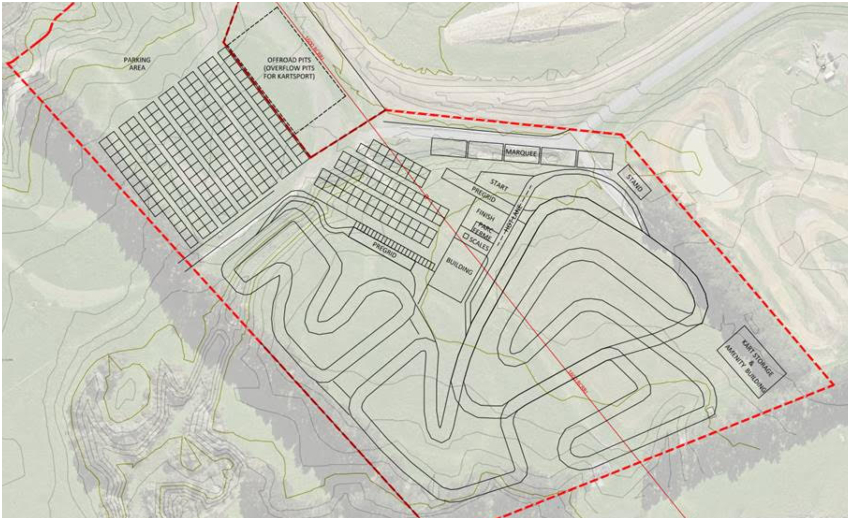 Plans for the new kart racing track to be built at Colin Dale Park (Photo: Supplied)

“We’ve been waiting a while for this. We had to close our Mt Wellington premises a couple of years ago and we set up the charitable trust to lease a chunk of land out there,” he says.

“We’re going to build a new track that will be the only international standard kart racing track in New Zealand. It’ll be a world class facility with clubrooms that can benefit the whole park.”

Kart racing is where many of the world’s best race car drivers start out and Robb says having a facility like this will ensure New Zealand’s stellar motorsporting legacy continues.

“New Zealand is riding a bit of a motorsport wave with Scott Dixon and Scott McLaughlin, and these big names all raced in kart sports growing up. And the great thing about it being run by a charitable trust is that we can also give back to the local community, whether it be through scholarship programmes or have-a-go days for locals.”

The Italian-designed,1.2km long, $6 million track should be completed within five years, and the rest of the facilities in another two years, says Robb.

“It will definitely make motorsport stronger in New Zealand. There are lots of large international meetings in Australia and these events never come to New Zealand because we’ve never had a track to a good standard. It’s also got tourism potential to become a destination like Butterfly Creek or Rainbow’s End.” Cash freed up for local facilities

Ōtara-Papatoetoe Local Board chair Lotu Fuli says the decision to transfer the park’s governance was a no-brainer for her fellow board members. The board was paying $280,000 a year to maintain the site, while many other facilities around its area were languishing due to underinvestment.

“This will free up extra expense in our budget every year for our local reserves, sports fields and even community facilities, like the old Papatoetoe council chambers, as well as for much needed work on our libraries and our swimming pool.”

Fuli says the park’s potential can now be unlocked.

“If they truly want to develop this into an amazing destination for the whole of New Zealand motorsport, then only the governing body and the CCOs [council-controlled organisations] have the budget to do that.” 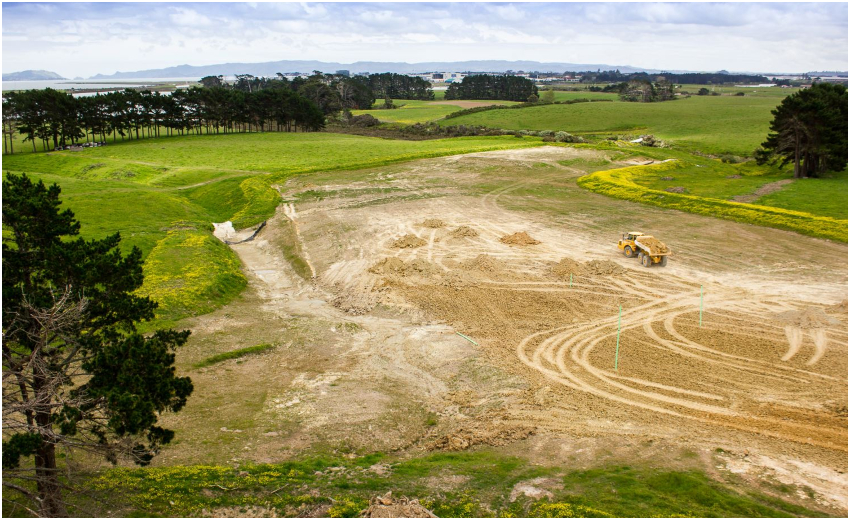 And what about a new home for the contentious Western Springs Speedway?

Filipaina says Colin Dale Park could be the answer.

“There’s some time before any decision has to be made as their lease doesn’t end till 2024, but it’s definitely an option. We’ve always seen Colin Dale as a space for the whole region, and that could mean speedway.”

In 2018, Auckland Council and the previous promoter of the Western Springs Speedway signed a Memorandum of Understanding (MOU) that Colin Dale Park would become the future home of speedway in Auckland. However since that MOU was signed, a new promoter, Robertson Holden International Speedway, has taken over the lease at Western Springs.

The organisation’s head, Bruce Robertson, says as far as he’s concerned Western Springs is where speedway will remain for the foreseeable future.

“At this stage we’ve had no discussion with council about moving to Colin Dale, so given that, we’re planning to be at Western Springs long term.”

With no resolution in sight to this issue, one way the public can provide input is through the current long-term-plan budget consultation. One of the key issues being consulted on is how council prioritises its spending on community services and facilities. Manukau ward councillor  Fa’anana Efeso Collins says the public’s feedback regarding this park will be much appreciated.

“The decision on Colin Dale opens up this South Auckland park to become New Zealand’s motorsport home given its size and strategic location. So I encourage people to have their say on whether they want us to invest more into this space.”