For a lead story today, an incident that we really can’t say what the full implications are yet – but they could be vast and extremely damaging. Business Desk (paywalled) reported on Saturday that Carter Holt Harvey – an absolute giant in the timber industry – will be halting timber supply to ITM, Bunnings and Mitre-10. They say they’re facing “critical supply issues” and are unable to honour commitments. They will however continue to supply to Placemakers, which is owned by Fletchers, and subsidiary company Carter’s Building Supplies. Within that group of companies, there is both a range of the type of trade they do, and a range of reactions to the announcement.

On one level, it could have a big impact on building businesses. The Rotorua Daily Post reports some contractors “are at risk of going under” – particularly smaller operators. New Zealand Certified Builders Association chairperson Mike Craig said there could be severe flow-on consequences. “Some of the smaller builders who just do one house at a time and they can’t get product, what do they do with their workers?”

It is also likely to change the nature of the building industry, with timber shortages expected for the rest of the year at least. Stuff reports some construction projects may look to get around the issue with alternative timber products. A story on One News included suggestions that the problem was “industry-wide”, and would hit housing hard. At the very least, the cost of timber is almost certain to keep going up. This also comes at a critical time for housing generally, with supply issues and housing shortages contributing to pretty much every other social problem New Zealand currently faces.

It’s not clear what the solution to this will be. Backlogs globally mean it is highly unlikely there will be any sort of quick fix. We’re also in a period of extremely high prices and export demand. New Zealand grows huge swathes of forests for timber, and to have domestic shortages feels like a damning indictment of an economic system that allowed this situation to occur. As I say, we don’t yet know the full implications of this, and it may be that they turn out to be mild and minor. But there will be extremely justified anger if the housing crisis drags on because of a lack of processed wood.

The Commerce Commission is investigating alleged pyramid schemes targeting the Tongan community, reports Barbara Dreaver for One News. The apparent scams have resulted in hundreds of people losing money, after being lured in through church, community group and family networks. As always, the advice on these kinds of ‘opportunities’ is very simple – if someone promises you the chance to get rich quick, they are almost certainly conning you, and you will lose the money you put in.

Mixed messages have been given over whether photo ID is required for vaccinations, reports Josie Adams for The Spinoff. That’s based on an experience in which she personally was told completely contradictory things. In the final washup, it emerged that the health ministry did not require photo IDs, but some DHBs might, which is the case in Auckland. Meanwhile, the NZ Herald reports some people are facing delays at vaccination centres.

Under the current state of a new water safety bill, government officials will be allowed to enter marae without a warrant, reports Te Aniwa Hurihanganui for Radio NZ. Aside from the invasiveness of such a power, it also goes against tikanga, by which visitors who enter the marae grounds are given some form of welcome – for example a pōwhiri. The bill is in response to several outbreaks of illness from water supplies, though no marae has ever been connected to one of these outbreaks. Local government minister Nanaia Mahuta has referred this bill to the Health select committee to re-examine this aspect of it. The controversy echoes a similar story that emerged last year, when opposition was voiced to police being given warrantless entry powers for marae to enforce Covid restrictions.

Speaking of water infrastructure (because when do we do anything but speak of water infrastructure) the estimated cost of fixing and upgrading it all is staggering. Stuff’s Thomas Coughlan reports Internal Affairs has costed it at about $110bn over the next 30-40 years, or at least $2bn every year, which is well over the current rate of spending. The numbers are grist to the mills in wider conversations about what the future of water infrastructure provision looks like – expect more on that in the coming weeks.

A cool way of telling stories and giving them a bit of context: RNZ show First Up runs a weekly series in which they get a local democracy reporter to discuss a story in their patch, and talk about some of the wider issues behind them. This particular episode involved Felix Desmarais in Rotorua, talking about some closed-door meetings being held by the council, and why a particularly enthusiastic local government watcher might be interested in that. If you want to read a longer analysis of it all, check this out on the Rotorua Daily Post.

The CubaDupa festival in Wellington has turned out to be a monster success. In a release, organisers trumpeted estimates of at least 120,000 coming through, which probably makes it the biggest street festival of the year anywhere in the world. The Dominion Post’s Laura Wiltshire reported on what took place, and the difficulties the festival has had getting an event over the line during the Covid years. After dipping in and out of it a bit over the weekend, I can confirm it seemed like a really positive and impressive weekend out for the capital. 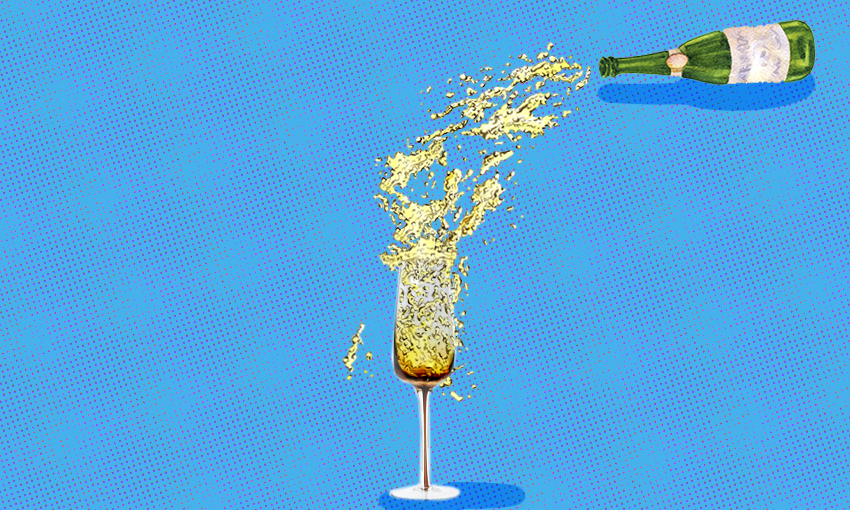 Right now on The Spinoff: Mirjam Guesgen explains what it means that there are now “double mutation” variants of Covid-19. Josie Adams reports on scam attempts built around the Covid vaccine. Justin Giovannetti asks a bunch of experts whether Labour’s new tax policy amounts to a capital gains tax. Michael Andrew writes about whether New Zealand has learned the digital lessons forced by lockdowns. Leonie Hayden reports on staff at Auckland Art Gallery speaking out against leadership, particularly Māori staff. Sam Brooks collects true stories of people in hospo who had to work bottomless brunch shifts, and the horrors they witnessed. Eden French-Putu pays tribute to Hamilton’s last best rave cave, the independent venue Static which has just closed down.

And we’re launching a brand new series of amazing reads: The Sunday Essay, supported by Creative NZ, begins with Nadine Anne Hura examining absentee fathers in stories, and the concept of plausible reasons for that absence from the perspective of the children of it.

For a feature today, a piece with an important message about climate action, and focusing on what really matters. The timing is interesting, because coincidentally the pointless Earth Hour stunt happened at some stage in the last few days. As Zoë Deans argues on The Spinoff, it really suits major industries to have people focus on individualistic aspects of climate change, rather than looking at the enormous damage being done in plain sight. Here’s an excerpt:

Polluting industries like intensive dairying and commercial fishing benefit from the widespread narrative that cars and planes (and individuals) cause the climate crisis. It means they can keep you feeling paralysed by guilt every time you jump in the car, and feeling like you’re too much of a hypocrite to demand change. But we are our most powerful when we stand together to take action on the climate crisis.

New Zealanders’ concern about the climate crisis dropped over the past year. It’s understandable when your landlord has just cranked your rent up and Covid has decimated job prospects. Buying an electric car is the last thing on anyone’s mind. That’s why we should be able to trust our elected officials to take on the worst climate polluters on our behalf.

A huge story for the financial state of rugby in New Zealand: The NZ Herald (paywalled) broke a story on Saturday that a group of leading players have put their name to efforts to block a $465 million private equity investment bid into NZ Rugby. They’re concerned about what it would cost the sport in terms of connection with fans and cultural legitimacy. To sign off the deal, NZ Rugby needs the approval of the NZ Rugby Players Association, so this is a big sticking point. There’s also an analysis piece from (paywalled) Gregor Paul that outlines who all the relevant parties are, and what they want.