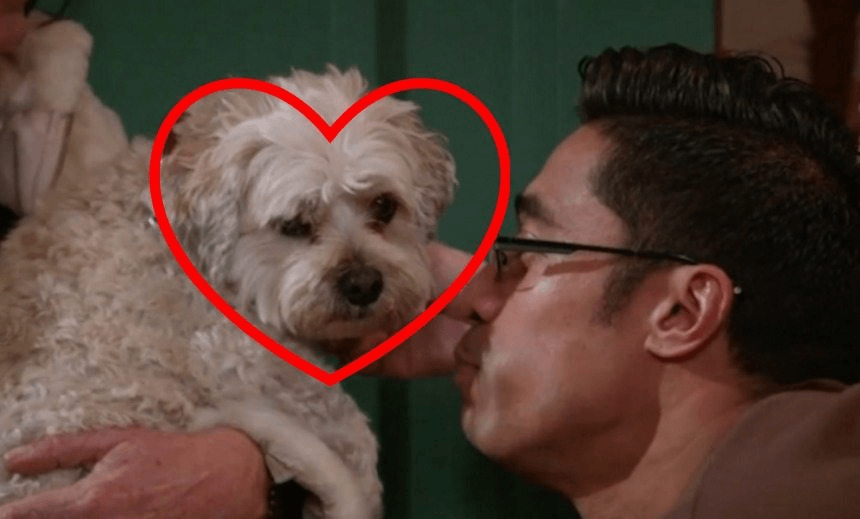 Tara Ward brings you her rankings for Shortland Street last week, including when the shitake hit the fan and a very good dog.

1) At last, Ferndale gets it’s Chops

For years, nay decades, people have protested the lack of a canine presence in Ferndale. Erinsborough had Bouncer (RIP), Summer Bay had Dag Dog, so why hasn’t Shortland Street’s canine crusader?

Put your petitions and your placards away, my friends, for your impassioned protesting can finally cease: Chops has arrived.

Chops has bouncier hair than Chris in the ’90s, a sharper bite than Rachel in a performance appraisal, and more paws for thought than TK at the end of an emotional scene. Call me barking mad, but Chops is a bloody star.

2) Leanne is not a starfish

Tragically upstaged in this week’s power rankings by a poochy one-scene wonder, Leanne drowned her sorrows in a bevy of statistical data. Her Treat Track addiction meant she could spy on Nicole’s fitness progress, only to discover that her heart rate failed to rise every night at 10pm and twice on Sundays.

Leanne was appalled at Nicole and Vinnie’s lack of conjugal activity. She didn’t pass on the Miller hornbag gene for nothing, and if Nicole is intentionally wasting this precious gift then Leanne wants her DNA back.

The air was thick with romance when Ali made Lucy an offer she couldn’t refuse. Or could she? We’ll never know, apart from Monday at 7pm when we’ll definitely find out.

“I owe you heaps,” Ali whispered, which basically said it all.

You know what would have improved this scene? A dog. Chops could have bought the ring in on a fluffy pillow and everyone would shout “WHAT IS A DOG DOING IN A HOSP…OMG WHO CARES just look at his cute button nose and tiny delicate paws”.

And Lucy would immediately say yes, because what heartless beast could say no to this face?

The mystery virus continued its rampant spread through Ferndale. While TK pouted and flared his nostrils at the horror of it all, the ever-awesome Kate cracked a prostitution ring and let a kind-therefore-redeemable hooker vomit all over her.

With so many bodily fluids gushing everywhere, it’s no wonder Kate and Mo almost pashed. Kate is awesome.

5) Jack gives a Shitake about Cam

There’s a new romance simmering at the IV, bubbling away in the background like a saucepan of fish guts. Will Jack’s crush on Cam develop into something tasty, or shrivel and burn into a gritty pile of carcinogenic crumbs?

Will Cam’s cocaine habit complicate things, or is it the secret ingredient that makes everyone in Ferndale go gaga over his goulash?

More importantly, where is Chops? I bet he loves mushrooms.

Mo assumed the position and sent shockwaves of terror through the hospital. Someone call security: there’s a superhero in the corridor dressed as an orderly, taking down pimps and puppies, armed only with his…er, arms.

“I stuck the Treat Track to the dog so that it would run around all night biting it’s new toy and getting it’s heart rate data up so that my mother would sneak a peak and think that you and me were at it like rabbits.”

This is further evidence that Chops is the true hero of Ferndale.

8) Curtis discovers that being a grown-up really sucks

Curtis tried to be mature and responsible when he rebuffed Esther’s advances, in the hope she’d be impressed by his adulting and dump that Warner dirtbag quicker than you can say “pashfest in the elevator.”

Poor Curtis. He needs a pet. A little dog he could take for a walk and give a bath to every weekend. The suds would go everywhere and oh, how we’d laugh, but nobody would mind because it’s Chops and that’s what Chops does.