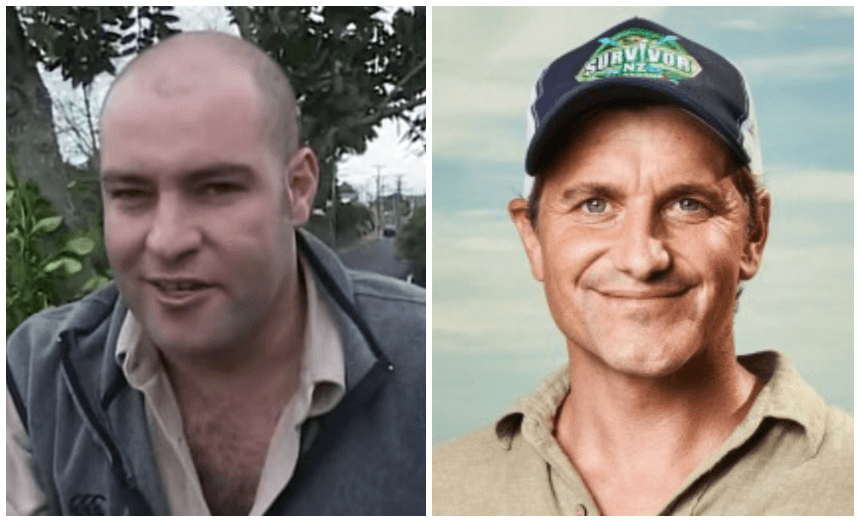 Moon TV’s ‘Non Celebrity Traffic Island’ marooned a group of regular folk on a traffic island in Remuera. Here, we share some useful survival tips from the harrowing social experiment.

Being marooned on a reality TV show is hard yakka, just look at Nikki Kaye in Fish Out of Water, or The Bachelorettes fighting over the last Tim-Tam. But there’s perhaps no better example of that than Moon TV’s shambolic parody show Non Celebrity Traffic Island.

Long before Leigh Hart and his team tore apart the morning magazine show format in The Late Night Big Breakfast, or the highs and lows of fishing television in Screaming Reels, they banded together on a traffic island to take down the inanities of Celebrity Treasure Island as a part of Moon TV. Rewatching the sketch now in all it’s lo-fi glory, it’s safe to say that some of the key learnings remain the same.

With Survivor New Zealand arriving this week, here is some (literal) middle-of-the-road wisdom for budding survivalists, courtesy of the definite experts at Moon TV.

Learn how to start a fire

Survival 101. Burning a toothbrush with a lighter is probably going to kill you via the fumes before you get your first spark. Might I suggest using your glasses to redirect a sunbeam, or perhaps stealing some flint from a nearby tribe?

Immunity idols can be hidden anywhere on the island at any time and can give you an invaluable advantage in the game. Look for the less obvious signs that might point to a hidden idol, such as this subtle clue that Graeme stumbled upon.

Get a host who can rock an earth-toned shirt

Where Leigh Hart threw a rugged, buzzy-logo’d Canterbury vest over his, Survivor NZ’s Matt Chisholm has chosen to throw on a casual cap to complete the look. Whatever twist you put on it, one thing must remain in order to survive as a host: khaki.

After days – or mere hours – marooned without the comforts of everyday life, the body can start to crave things from the outside world. Where ex-Survivors have talked about pining for white frosted cupcakes, roast beef and bagels, the players in Non Celebrity Treasure Island were more concerned with Toffee Pops and FruJus. Kiwi as.

Neither of those are normal.

Just like Survivor has seen ex-baseball stars and NBA giants grace its shores, I’ve just got this weird feeling that I’ve seen Graeme somewhere before. Watch out for secret celebs trying to claw back their time in the spotlight.

The Nicaragua camp on Survivor NZ might be surrounded by deadly animals, but the Remuera traffic island of “Non Celebrity Traffic Island” was surrounded by… deadly cops. “I didn’t realise we needed a permit to make crap TV programmes,” Leigh Hart barks at a police officer, before assumedly getting voted off the island once and for all.

Survivor New Zealand begins on TVNZ 2 Sunday at 7pm but, in the meantime, click below for more Moon TV antics on Lightbox: