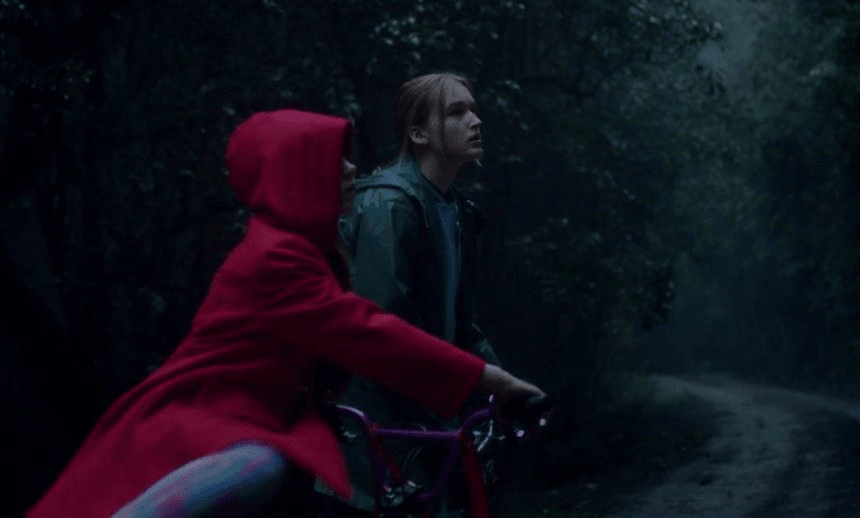 Top of the Lake but with aliens: A field guide to The Kettering Incident

The Kettering Incident is drawing rave reviews for its ‘Tasmanian Noir’ – a small town with terrifying secrets lurking within and without.

Two young women head into the woods in a remote Tasmanian logging town. Only one comes out. Anna Macy is found, hours later, bloody and traumatised, having met with a mysterious force which manifests itself as blue lights in the night sky around the hills which surround Kettering. The missing girl is never found, and her disappearance becomes known as ‘The Kettering Incident’ – part of Tasmanian lore. The survivor leaves town abruptly, unable to absorb the implications of what she’s witnessed, nor what the town suspects of her.

20 years later, the Macy – played by The Night Manager‘s distant, unknowable Elizabeth Debicki – returns to a Kettering unchanged from the one she left, and still seething from its fallout. Dark forces lurk on the outskirts of town, though their origin is human as much as alien, and a sense of long-buried secrets on the verge of exploding pervades throughout.

The Kettering Incident has the same dark, naturalistic style of modern classic Scandi noir like Borgen and Forbrydelsen, but with aliens. The small town with secrets kept by teenagers and malign business interests invites comparison to Twin Peaks and our own Top of the Lake – high water marks for their eras, both, and indicative of both the aspiration and the execution of The Kettering Incident. At the same time the fact it’s set in Tasmania gives it an oily, sinister Australian character all its own.

Elizabeth Debicki is outstanding as Dr Anna Macy, operating in a dreamlike fugue as she navigates her old home town. With both the circumstances of her departure and the time elapsed since she left, she has a kind of weird celebrity status within the town, while also being subject of intense suspicion due the unresolved circumstances of her best friend’s disappearance.

Sianoa Smit-McPhee befriends her, half suspicious, half transfixed. She represents the young, green part of the town, in a not-all-that-cold war with the logging which still fuels the town’s economy. The police, still circling, are also critical characters, with Detective Brian Dutch and Officer Fergus McFadden representing the better angels and terrifying demons of the town’s soul. And then there’s the lights in the sky…

The town and rugged Tasmanian bush is as important as any actor, vast and brooding and containing multitudes. In these hills, a long way from civilisation, it seems almost more plausible than not that alien life might exist.

On Lightbox, the outstanding people who make The Spinoff possible.

Don’t look into the light, instead watch The Kettering Incident today on Lightbox: