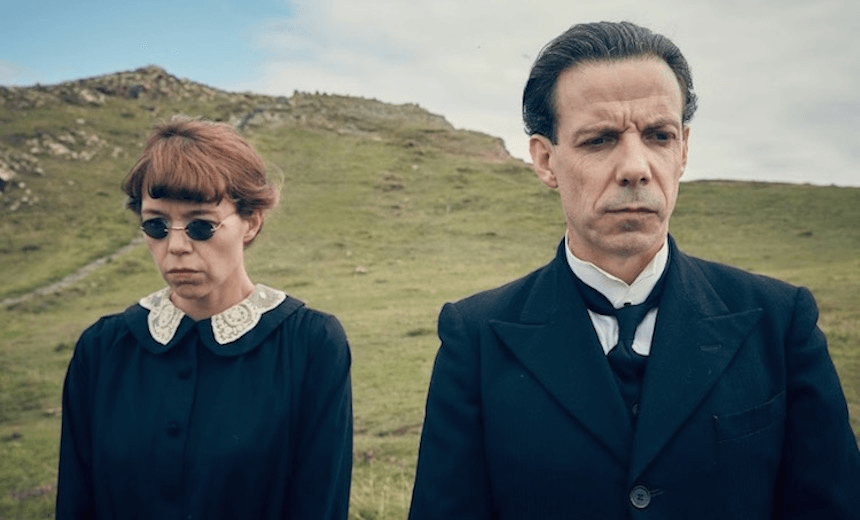 With the two-part miniseries now available exclusively on Lightbox, Alex Casey tells you why you need to take a trip to the scary island of And Then There Were None.

Imagine… if you were invited out to a mysterious island with a bunch of people you didn’t really know, who slowly started dying off one by one under mysterious circumstances. Congratulations, you’ve just imagined both my last New Year’s on Waiheke as well as the plot line of And Then There Were None.

Based on the Agatha Christie novel that once had a much, much ghastlier name, And Then There Were None is set in grey 1939 England, on an island off the coast of Devon. A group of ten guests – strangers to each other – have been invited to stay in Mr and Mrs Owens’ ornate mansion. Empty on arrival but for two creepy as hell butler folk, a gramophone slowly dictates that everyone present is guilty of murder.

After the haunted gramophone speaks, the shitteth hitteth the fanneth as guests start being plucked off by a mysterious killer one at a time. For every death, a freaky green ornament on the table gets removed. The remaining survivors must figure out who is doing this macabre redecoration… even though it could be one of their own…. DUN DUUN DUUUUUN.

Think a less batshit version of Shutter Island. Think a sophisticated game of Cluedo. Think 12 Angry Men with fewer men and more murders, all happening while that creepy nursery rhyme where there are three in the bed and the little one says “roll over, roll over” plays softly on a haunted jukebox.

It’s also a series that delights in every element of the mystery chiller period genre, without any irony or cloying self-awareness. For a series based on a dusty old so-called “book” it manages to be incredibly gripping, often leaving you as breathless as if you were to wake up with, say, a cyanide capsule in your mouth. And Then There Were None also manages to stay completely earnest when a candle flickers spookily in an eerie breeze, likewise when these amazing lines of wry dialogue drop:

Look, some of them die off earlier than others, so I’ll just list the heavy hitters…

Be prepared for Carrie-goes-to-prom style splashes of blood

And some sumptuous banquet food that would make a Masterchef cry

Tuck into the two 90 minute episodes on a rainy evening with a nice goblet of wine and one eye on whoever is sitting next to you. Can’t trust anyone these days, you see.

Click below to join the ill-fated guests of And Then There Were None and, always, be sure to keep an eye on the butler.