Diana: The Musical is Netflix’s history-making foray into Broadway musicals, and it stumbles – hard.

From the moment Jeanna de Waal steps onstage wearing a wig that makes her look more like Hilary Clinton than Diana, it is clear something is off with Diana: The Musical. Her first number, ‘Underestimated’, wedges that ungainly six syllable word into a dated pop-rock song that wouldn’t make it onto an Idol contestant’s demo tape. By the time the musical recreates the morning when Diana visited Aids patients in New York, a hugely historic moment and one that doesn’t lend itself well to musical adaptation, we’ve lost any confidence that this show is interested in telling Princess Diana’s story well, or really, at all.

Diana: The Musical also suffers from the unfortunate timing of its release, wedged between two critically acclaimed takes on the life of the people’s princess. First was the fourth season of The Crown which foregrounded Diana’s character arc and has been garlanded with Emmys and Golden Globes in recent weeks. Then, the film Spencer attracted rave reviews on the film festival circuit for Kristen Stewart’s performance, building anticipation for a worldwide release at the end of the year. With such assured interpretations of the late princess’s life, you can’t help but feel we all should have let Diana: The Musical, a filmed version of a yet-to-open Broadway production, pass us by.

Instead, we got what Netflix dished up to us over the weekend: a musical that feels like it was sold to the platform on the strength of its title alone. The lighting is gaudy, the choreography is simplistic and the set design is basically non-existent. It’s not just how the play looks though, it’s how it sounds. The music, courtesy of Bon Jovi keyboardist David Bryan, is the kind of anodyne pop-rock that works best piped over a Kmart sound system. The lyrics fare a little better, but can quickly veer into terrible (“A marriage built on lies / the depression, the bulimia”), and the dialogue sounds like it was written while thumbing through old tabloid pages.

The show is painfully earnest, except when that earnestness doesn’t fit into a slant rhyme. Then, it leans into “funny” – the sort of funny that has the cadence of a joke, but not the actual humour. The lyric “feel the groove, even the royals need to move” is a pretty good example, the sort of discordant tonal choice that shows the hand of creators who wanted to give their show all the heart of a pop song and all the wit of a play, and in aiming for both reached neither. 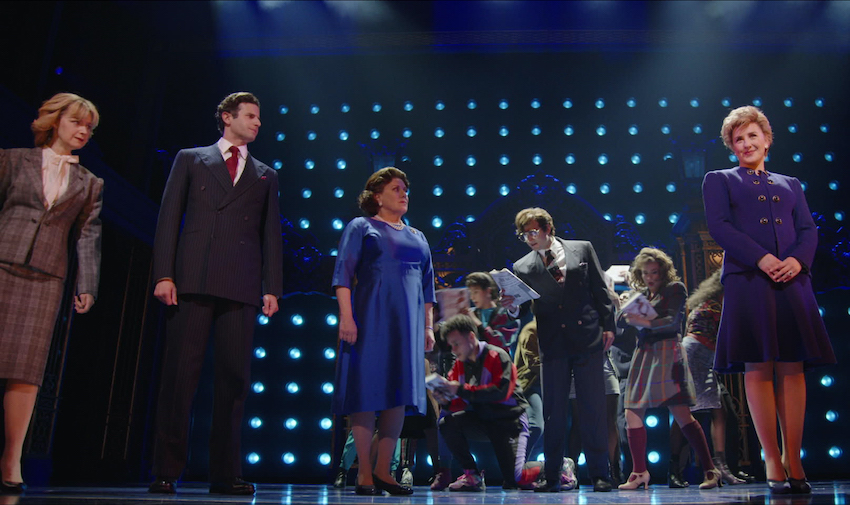 The thrill of shows that reframe and twist history is in how the creators beat the past into place using music as a hammer. Nobody’s coming to a historical musical to be educated; they’re coming to see a new view on an old story, especially when the story is as well known as this one. We already know that Diana will marry Charles, he will have an affair, she will have an affair, they will get divorced. The musical has to capture all of this, plus give us a look at her inner struggles, and then wrap up before it gets too bleak – the creators make the wise, and perhaps cynical, decision to end the narrative before 1997.

Unfortunately, Diana: The Musical has a depressingly shallow and stale take on the life of Diana: The Princess – or, as star de Waal sings it, “a pretty, pretty girl / in a pretty, pretty dress”. Nobody else fares much better. Around Diana are an ensemble of cliched, moustache-twirling villains – especially Camilla Parker-Bowles, who might as well appear in a puff of smoke, cackling. It leads to a flat, superficial rendering of these complicated true-life characters. Here, the royal family is universally repressed, the public is universally adoring and, bizarrely, James Hewitt has the biggest entrance of the show, which is a problem when you’ve then got to Google who he is.

In another world where Covid-19 didn’t exist, Diana would have been just another Broadway musical that got middling reviews, closed and then did gangbusters business on the amateur circuit. Instead, the show had its Broadway debut delayed by a year and a half, so was picked up for a history-making debut on a streaming service, a format that strips almost all the electricity from a live performance. I can almost guarantee many of the flaws of this show would be mitigated if you were sitting among hundreds of other audience members sloshing back wine. It takes a truly great musical to transcend the limitations of a screen – Into the Woods did it, so did Hamilton – and Diana simply isn’t up to the task. 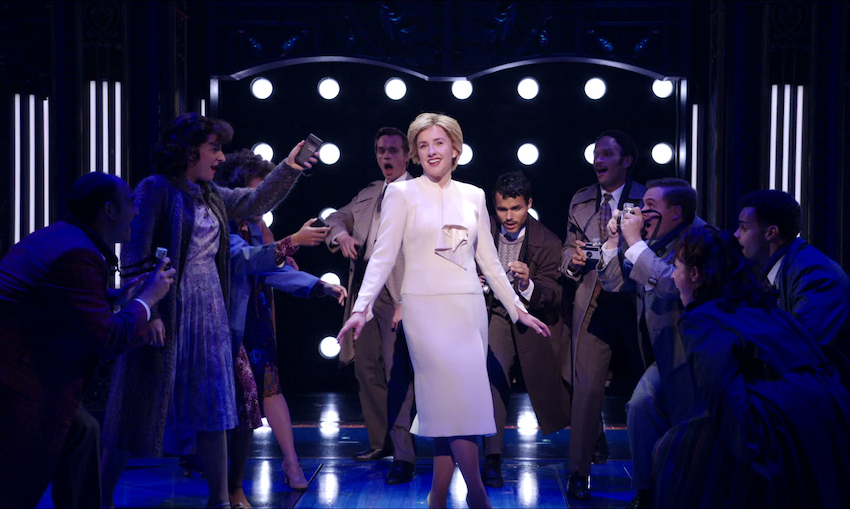 Jeanna de Waal as the title role in Diana: The Musical. (Photo: Netflix)

Although intended to be a splashy marketing tool for its Broadway debut in November, the Netflix version of Diana: The Musical was clearly a miscalculation. “So bad it’s good” has only really worked for one musical in history – The Rocky Horror Picture Show – but if there’s one good thing to come out of this debacle, I hope it’s that it signals a move towards more musicals on major streaming platforms. I’d wager that Diana: The Musical has been watched by more people over the past few days than many Broadway shows during their entire run. While filmed performances are never the ideal way to experience theatre, it’s often the only way international audiences can engage with these productions beyond diehard fans filming shows on their phone and uploading clips to YouTube.