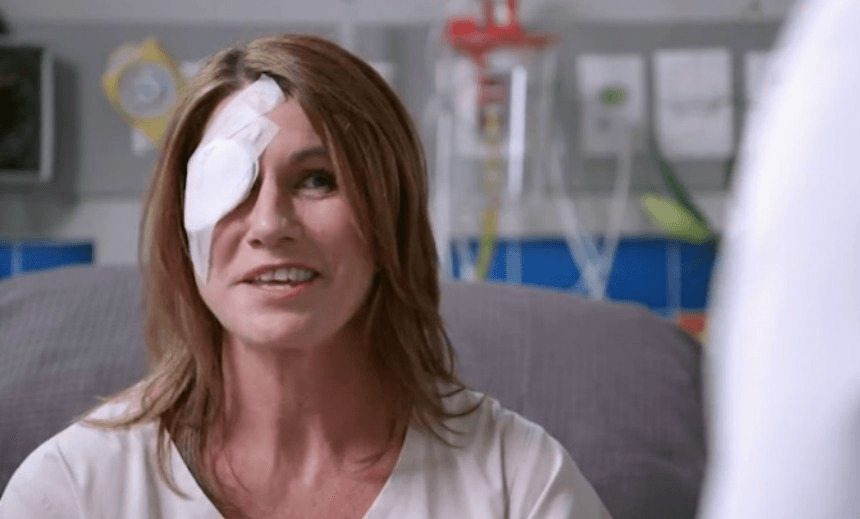 Tara Ward delivers her Shortland Street power rankings for last week, including sexy fish and chips and the return of some old friends.

1) Leanne sails back into Ferndale

Our favourite triage admissions clerk sailed her ship back into Ferndale’s dank and dirty waters this week. While Leanne was bright and shiny from the splendours of her luxurious honeymoon, hot potato Howard was missing, floating somewhere in the Pacific after falling overboard from their cruise ship of love.

Was this a Titanic role-play moment gone wrong? If a dead husband is Leanne’s honeymoon party trick, imagine what she has planned for the Christmas party. YOLO, Leanne.

A badly beaten TK suffered the indignity of being driven through the streets of Ferndale in the back of his ute, like he was a float in the Santa Parade from hell.

Pretty sure this looks worse than it is, like when you prick your finger with a kitchen knife and it bleeds through seven paper towels and all over the salad. TK was practically unconscious but still managed a decent one-eyed glare, so a quick rub down with a wet wipe should see him right.

The entire hospital united to push TK into triage, in the most impressive slow-motion montage ever seen on Shortland Street. Never before has Harper’s hair had so much bounce.

This can only mean one thing: Weddings is making its long awaited comeback. If we say it enough times, it will happen.

4) Nicole and Vinnie sort everything out forever and ever amen

Nicole and Vinnie resolved their marital problems by eating fish and chips and having hotel sex. There aren’t many problems that a feed of greasies doesn’t fix, other than heart disease and obesity, so it’s wonderful that these two are back on track for a long and healthy relationship that will withstand any frenzied disturbances from a random nurse they’ve only known five minutes.

5) Sass kisses Cam and there is tongue involved

Rushed off her feet, poor love.

Kylie waited until the worst possible moment to tell TK she still loved him: he was nearly dead. Pretty sure he can still hear you, Kyles, so you could also mention his sideburns need a trim and that you hate being called Princess Kylie in public. Good luck.

8) Finn gets in big deep trouble

Continuing the Warner tradition of being self-centred idiots, Finn’s ego led him down a path of surgical strife. He ignored Boyd’s instructions and stuck his scalpel where he shouldn’t have, saving Jayne Kiely’s life as she lay on the operating table dreaming about whether A Question of Sport was better than Game of Two Halves. Jury’s out on that one, but the verdict’s back on Finn: still a dick.