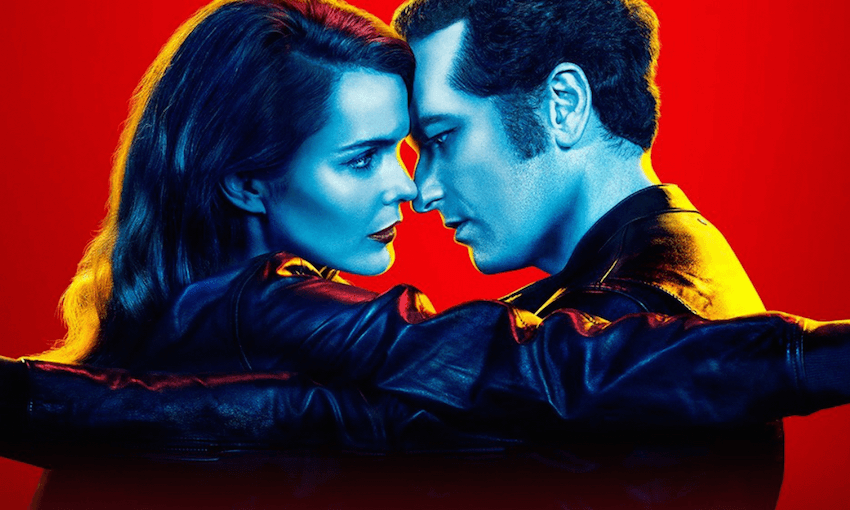 Season five of The Americans dropped on Lightbox this week, but how do you tell if people are spies for real?

Ten ways to tell if your neighbours are actually Russian spies

Season five of The Americans dropped on Lightbox this week, but how do you tell if people are spies for real?

The Americans is not only one of the best shows on TV right now (with the fifth season dropping on Lightbox this week), it’s an education tool. Tara Ward studied the show and came away with tips on how to decipher if your real-life neighbours are also real-life spies.

If you’re looking for an intelligent drama bursting with superb writing and fantastic acting, you can’t go wrong with The Americans. This fantastically tense and unpredictable watch is part spy thriller and part family drama, focusing on the seemingly perfect Jennings family: parents Philip (Matthew Rhys) and Elizabeth (Keri Russell) and their two children, who live in suburban Washington D.C. during the early 1980s.

Nothing is ever what it seems in The Americans, as beneath the Jennings’ all-American veneer lies a clandestine world of political intrigue and deception. Elizabeth and Philip are actually Nadezhda and Mischa, two Russian spies masquerading as American citizens. By day they raise a family and run a travel agency, by night they undertake dangerous acts of governmental espionage. Better work stories, everyone.

In between making school lunches and hosting the local pastor for dinner, Philip and Elizabeth don gloriously 80s disguises to plant listening devices for the KGB, transport vials filled with fatal viruses, or hide hostages in the boot of their car. Double lives mean double trouble, and it’s a world away from when Keri Russell’s biggest problem was whether she’d choose Ben or Noel on Felicity.

But these shenanigans are all in a day’s work for our favourite pair of Cold War sleeper agents, as they embed themselves in suburban America while trying to evade detection from the FBI counter intelligence agent living next door. Agent Beeman may be none the wiser, but the Jennings’ behaviour arouses the suspicion of their teenage daughter Paige. “It feels like there’s something going on,” Paige reckons, and she’s not just referring to her dad’s collection of dodgy wigs.

After devouring four seasons of The Americans, I’ve started to apply similar levels of suspicion to my own suburban paradise. I’ve started to question the legitimacy of every moustache I see, check for listening devices hidden behind the shower curtain, and spend way too much time researching how to use an umbrella to poison my enemy. If the FBI ever check my search history, I am screwed.

Because who’s to say that suburban New Zealand isn’t also a thriving hot bed of spy activity? Stranger things have happened. So, in the interest of national security and to celebrate the arrival of season five of The Americans to Lightbox, here are some simple ways to work out if someone you know – a neighbour, your parents, that creepy flatmate who spends his weekends making models of Cold War submarines – is actually a Soviet spy.

The truth is out there, and it’s probably wearing a stick-on moustache and a mullet wig. You’ve been warned.

1) You find a hidden stash of wigs and glasses

Or maybe someone’s just indulging in some kooky Deidre Barlow cosplay, which speaking from experience, is completely fine.

2) They never let you see what’s inside their car

Fair enough, it’s hard to know when a muzzled Soviet traitor will jump out at you.

Seems like a nice enough bloke, even if he did shoot your mother that one time.

Don’t tell me someone put a red sock in with the whites AGAIN.

6) They run a travel agency but never take a holiday

Too busy visiting submarine factories in their spare time, that’s why.

8) They’ll grab any opportunity to practice some DIY dentistry

Why pay a trained professional to remove your infected molar, when you can do it with a pair of pliers in the comfort of your own home?

You can watch season five of The Americans (and the previous four seasons) right here: