Doctor Emma Espiner watches TVNZ’s The Checkup, which promises to tell you the things about health that you really want to know.


I lie to my doctor. It’s even worse now that I’m a doctor too and she treats me like a colleague. I pretend to know things that I don’t just so she doesn’t think my medical education was deficient, and me perhaps not that good at doctoring.

She’s extremely approachable and kind, but I present her with my best self whenever I see her. How many drinks a week? Oh, just a couple on the weekend. Never smoked! When she prescribes something and says “do you know how this works?” I always say yes and then Google it later. This isn’t unusual, and the studies that have tried to unpack why we lie to our doctors find that the most common reason is embarrassment, followed by a fear of being judged. We don’t tend to ask “stupid” questions of doctors, because of this unhelpful tension between appearing sensible and getting the information we actually need from a health professional.

With the goal to “debunk common health misconceptions”, TVNZ’s The Checkup proposes to ask the stupid questions for us.

I missed season one of The Checkup because it came out during the middle of our toughest fifth-year exams at medical school. The fifth-year obstetrics and gynaecology OSCE (objective structured clinical examination) is notorious among medical students at the University of Auckland. Legends about the difficulty of the exam and the soul-crushing public “feedback” session afterwards are passed down carefully from year to year, nurtured like a kidney bean in damp cotton wool.

When The Spinoff got in touch about reviewing season two, I had just finished my first week as a junior doctor. I didn’t have anything resembling spare time but I thought I might learn something from the series that I could apply to my new job. Some might call this a pathological inability to chill out. I choose to call it active relaxing.

The Checkup is basically an extended advertisement for evidence-based medicine. My seven-year-old took a break from her endless moaning about how boring the school holidays are to ask me why I was watching an ad when I sat down with a cup of coffee to watch it the other weekend. I winced on behalf of the show’s stars, making a mental note to never go into paediatrics. Who looks after the doctor’s ego when your patients are too young to even attempt to account for your tender feelings?

The seven-year-old’s harsh assessment aside, evidence-based medicine isn’t a bad kaupapa to champion in the age of science-deniers, a global pandemic and malignant domestic forces capitalising on both of those issues (did someone say Billy Te Kahika?). It might be a confrontingly earnest watch for those of us who spend our spare time doom-scrolling on Twitter and sniffing out the next pile-on to add our rage to, but each 20-minute episode packs in a lot of reliably sourced, useful information. It also doesn’t induce hypertension in the way that social media does, so there’s an argument to be made for the series as a health intervention in itself. 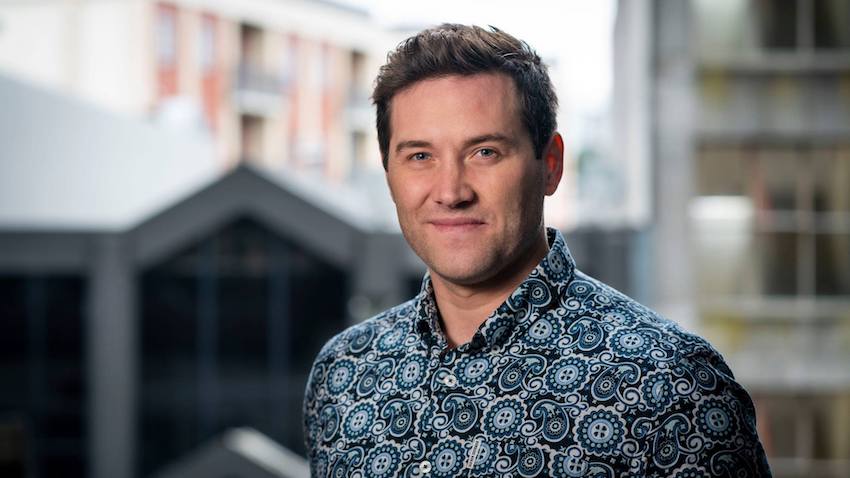 Shawn Gielen-Ralph, one of the doctors on TVNZ’s The Checkup (Photo: TVNZ)

The doctors are all insanely marketable. Young, good-looking, great communicators. They look like they would be kind if you told them the truth about your diet and exercise habits. And yes, they’re a diverse group, which is cool not just because representation in the health workforce really bloody matters, but because it’s treated as a given, rather than being overstated in an undignified way.

Mataroria Lyndon, Shawn Gielen-Relph and Jayani Kannangara provide short explanations of the issues they’re addressing in their individual segments of four to six minutes each, buttressed with interviews with experts, on-location shoots and, occasionally, beautifully dressed sets. The segments feel a bit like you’re speed-dating health issues, from how to recognise symptoms of a heart attack in women to whether there’s any evidence that some of us are more appealing to mosquitoes than others. Nobody thanked me for putting episode two on during dinner, when the segment on how farts are produced popped up and I missed most of Dr Kannangara’s exploration of the value of insects as a source of protein in our diet because my daughter was yelling “THERE’S A BUG IN THAT LOLLIPOP MĀMĀ.”

The personal highlight for me was the segment in episode two that has Dr Gielen-Relph walking us through the various types of conjunctivitis. I loved it because it was filmed in a Look Sharp Party Supplies store, which I thought was an inspired choice, especially the moment when he carefully selects a bouquet of fake flowers to illustrate allergic conjunctivitis – well done to that location scout.

There is a balanced mix of the sorts of questions I thought the series would answer – whether yawning is contagious, if the fasting trend holds any water, why we need to put iodine in our salt, what’s the point of exercising when you’re old – and population health issues that might not be top of mind for a lot of people, but which deserve some in-depth discussion. The insects-as-food segment was one of those, touching on the threat of climate change, and Dr Lyndon presented a fascinating précis of New Zealand’s elimination strategy for HIV.

It’s highly scripted, and the candid moments are rare, leaving us without much insight into the hosts’ lives or personalities, but in a media landscape saturated with oversharing, this isn’t necessarily a bad thing. It mimics the distance affected by doctors in clinical settings, the line drawn between warmth and kindness, and giving away too much information about yourself. They gamely answer any of the questions put to them, even those whose utility is more dubious, with the indulgent air of a health professional talking to a patient who has been bold enough to ask a stupid question.

The Checkup screens on TVNZ 1 on Monday evenings, and streams on TVNZ OnDemand here.