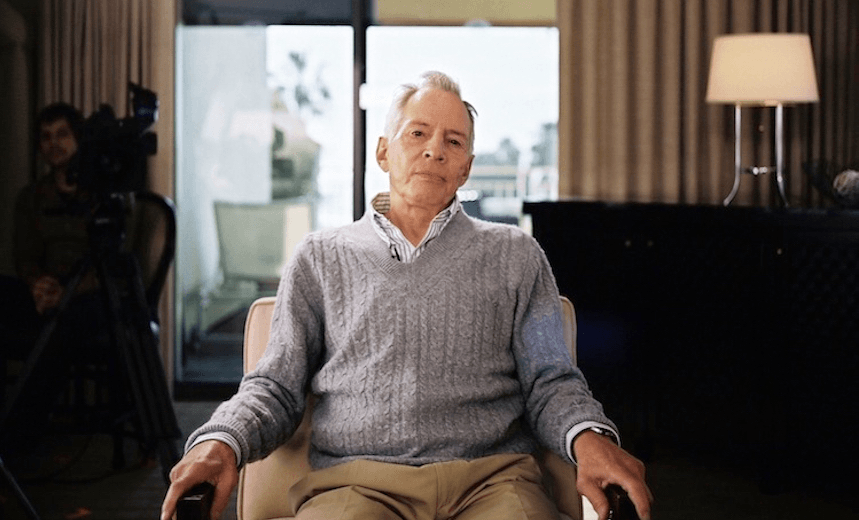 Superheroes and socio-political champions, cold-blooded killers and murderous polar bears – the year’s best television had something for everyone, says Aaron Yap. And then there was True Detective…

In 2015, there were no shortage of momentous occasions in the world of prestige TV. Mad Men came to a satisfyingly wistful close after seven seasons, granting the existentially embattled Don Draper some inner peace as he zoned out at a coastal Californian retreat. Game of Thrones topped itself in an almost unbearably sadistic fifth season, culminating in the apparent death of yet another a key character. Breaking Bad rose from the ashes in the better-than-expected spin-off prequel Better Call Saul, which proved that Bob Odenkirk could hold his own without Heisenberg around.

But maybe the buzziest event of all was True Detective’s tumble from grace. Following a critically worshipped first season, showrunner Nic Pizzolatto succumbed to the sophomore curse, unable to replicate the same magic. Instead season two’s overwrought sub-Ellroy mishmash of political corruption, hard-boozing cops and sleazy sex parties became an unintentionally entertaining punching bag, perfect fodder for Friends-inspired mash-ups on Tumblr. If there ever was a spectacular example of social media’s power to kill your enthusiasm for a show, this was it.

To cap the year off, here are the 10 shows, prestige or otherwise, that most impressed me.

One of the most underrated shows of 2015, this moody, magnificently photographed mystery should find some love among fans of Lost, Twin Peaks and Scandinavian crime dramas. The idea of an isolated mining town where the inhabitants are legally required to carry firearms to protect themselves from polar bears is a fascinating one, and it’s just one of many enigmatic elements you can find here. Nothing is as its seems, and even if things don’t spiral off into wild, supernatural tangents you might expect, Fortitude remains strange-going and confounding throughout its 12 episodes.

With Empire, filmmaker Lee Daniels (The Butler, Precious) found the perfect vehicle for his trashy, lurid style. Hip hop’s Game of Thrones by way of Dallas, it’s an outrageous, extremely addictive soap about an ailing music mogul (Terrence Howard) who has to choose one of his three very different sons to carry on his multi-million-dollar legacy. The ensuing melodramatic wreckage piles up at a rapid clip, and the whole thing is fuelled by a refreshingly un-PC but socially conscious swagger. Taraji P Henson positively devours every scene she’s in as Howard’s brassy ex-con ex-wife Cookie Lyon.

Grand Guignol monster pulp meets Merchant-Ivory elegance. Season two of John Logan’s lavishly produced period horror mash-up deepens the relationships between its characters while serving up more of the thick, slow-boil atmosphere and gory gothicism that made its first such a giddy genre treat. It’s beautifully performed by the fantastic cast (yes, Josh Hartnett included). Eva Green still astounds as Vanessa, the perpetually tormented medium whose haunted past with witchcraft gets a bit more fleshing out this time around. Rory Kinnear’s Caliban/John Clare continues to be the most touching characterisation of Frankenstein’s monster to date.

If Fargo’s first season was effectively a case study in successfully adapting a cinematic property for serialised television, then the second season is shaping up to be a case study in transcending it. Expanding on an incident briefly referred to in season one, showrunner Noah Hawley winds back the clock to the late ‘70s to spin another droll, grimly funny yarn about decent Midwesterners enmeshed in exceedingly bloody criminal activity. A keen sense of the post-Vietnam zeitgeist, nifty flourishes (both visual and narrative), an incredible soundtrack, and unexpectedly brilliant turns from Patrick Wilson, Ted Danson and Kirsten Dunst make this one sharply executed neo-noir that leaves True Detective in the dust.

I’m sure Andrew Jarecki’s true crime doco series The Jinx would work just as fine now, viewed away from the media circus that exponentially grew around it with each episode. But I’d be lying if I said the collective live-wire frenzy didn’t contribute to the series’ extraordinary grip. An investigation into real estate scion Robert Durst’s involvement with the disappearance of his wife and two grisly murders, The Jinx is morbidly magnetic television the likes of which doesn’t come along very often (nor would you want it to). Jarecki’s editorial techniques might be questionable, but the result is a portrait of Durst that doesn’t just paint him as a one-dimensional monster, even if he really is one of the most skin-crawlingly creepy characters ever to be granted six hours of painstaking scrutiny on tele. The ending is just astonishing.

At eight episodes, the fifth season of Louie is its shortest yet, but writer/actor/director Louis C.K.’s willingness to experiment with tonal and narrative possibilities hasn’t diminished at all. It’s still unlike any other show out there, consistently breaking continuity and upending our expectations of what a comedy should be. If nothing else, this season will always have “Untitled”, an utterly amazing episode that takes a frightening break from reality and freefalls into surreal, nightmare-logic territory that might even freak David Lynch out.

Catch up on Louie seasons 1-4 on Lightbox here.

It’s totally understandable if you don’t want to watch a six-part miniseries about a housing crisis in 1980s New York, but you’ll be missing out on a trenchant, compelling drama featuring one of the best TV performances of the year. Kudos to The Wire writer David Simon and director Paul Haggis for molding Lisa Belkin’s non-fiction book into something that isn’t too dry, nor too dumbed down. Show Me a Hero is a deeply impassioned work, with Oscar Isaac’s remarkable performance as Nick Wasicsko, the young mayor caught in the middle, navigating us through the protracted socio-political shit storm.

Best new show of the year. Creator Sam Esmail finally made hacking look authentic, turned Rami Malek into an overnight star and rescued Christian Slater from whatever ‘80s has-been hovel he’s been camping out in. Crafted with an icy Kubrickian sheen, Mr. Robot wore its influences proudly: there was a bit of Fight Club, a bit of A Clockwork Orange, and more than a hint of ‘70s conspiracy thriller paranoia. But it held those influences up against a black mirror that reflected our plugged-in, media-saturated times. Mr. Robot is a sleek superhero/vigilante thriller of stirring, unsettling topicality.

If future-me had told me this time last year I would be singing praises of The Flash I would have laughed in his face. But here I am, telling you that The Flash is seriously deserving of this spot. As the superhero genre extends its world-building tendrils across TV, keeping up with all the divergent storylines is daunting to say the least. If you only had time for one, I’d go with this. Why? The show’s tone isn’t dark and gloomy; indeed, its gleaming sincerity is one of its best virtues. The cast is immensely likeable. As the “fastest man alive”, Grant Gustin isn’t your typical invincible beefcake hero and his lanky awkwardness has an everyman quality that’s highly appealing. Some of the villains are underwhelming, but overall it’s a pleasant surprise: warm, funny, poignant, light on its feet and just pure fun to watch.

Say what you will of Damon Lindelof’s screenwriting offences (Lost, Prometheus, Star Trek into Darkness among them), but after watching season two of The Leftovers, I’m happy to give the guy a free pass for life. This is the most consistently awesome TV show of the year. The post-Rapture material of Tom Perrotta’s novel, on which the first season was based, made for an often gruelling and polarising watch, but there was always a sense you were experiencing something unique and audacious. With season two, no longer beholden to a literary source, Lindelof and his writers have room to explore new characters and a different location while refining its core themes of grief and loss, faith and redemption. Each episode is like a perfectly formed jewel of writing, acting and directing. The Leftovers possesses a bruised, unusually spiritual soul. Tap into this wavelength, and you’ll be rewarded with a spellbinding example of how emotionally rich and narratively adventurous television can get. More please.