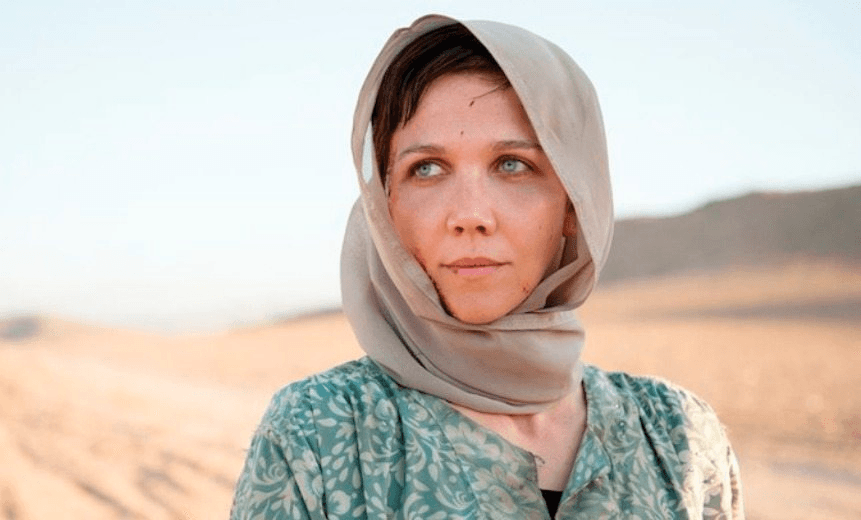 ‘A compulsively bingeable fix’: why The Honourable Woman should be your next marathon watch

For spy junkies who’re feeling empty after motoring through all available episodes of Homeland and The Americans, Hugo Blick’s eight-part miniseries The Honourable Woman should provide a deeply satisfying, compulsively bingeable fix. This is crackerjack TV – the best kind of thematically resonant, politically timely entertainment. It’s both a delicately measured gateway into the messy heart of the Israeli-Palestinian conflict, and a scrupulously etched portrait of a woman’s struggle to uphold her ideals in the face of insidious oppositional forces.

Blick’s serpentine storytelling rivals John le Carré’s best work, demanding viewer attention every step of the way. There’s a certain cerebral intoxication in losing oneself to The Honourable Woman’s elegant convolutions. Prepare your brain for a serious workout, especially if you breezed through the comparatively straightforward recent TV adaptation of le Carré’s The Night Manager.

Maggie Gyllenhaal shines in a breathtakingly charged performance as Nessa Stein, an Anglo-Jewish philanthropist who’s been living in the shadow of her father’s reputation as Israel’s most notorious arms dealer. Along with brother Ephra (Andrew Buchan), who handed her the family’s business interests eight years go, Nessa is striving to promote stability in the West Bank by funding educational programs and installing broadband cables in the region. Her efforts to begin the third phase of the multi-million-dollar roll-out is thwarted when a key, favoured Palestinian telecommunications investor is found dead from an apparent suicide.

Of course, avid spy watchers will know the timing of these two occurrences can’t possibly be a simple coincidence. Soon enough, we’re plunged into an ever-thickening soup of events that are somehow connected but beyond immediate comprehension: the kidnapping of a child, clandestine intelligence operations, sensitive diplomatic relations, and Nessa’s heavily guarded secret past with Ephra’s housekeeper Atika (Lubna Azabal).

The Honourable Woman can get dauntingly plotty at times, but Blick doesn’t let the obligations of a potboiler narrative overwhelm its rich emotional and thematic currency. Though spy tropes are plentiful – bloody assassinations, sneaky wire taps, furtive park-bench meetings and feverish paranoia – the show foregrounds personal drama wherever possible: the betrayals within the family, the pitting of blood bonds against ethical dilemmas. Political sides aren’t demonised – The Honourable Woman acknowledges the tragic futility of war, something too complicated to ever capture in black-and-white, good-vs-bad rhetoric.

Sporting a flawless British accent, Gylenhaal is chillingly good as one of the most compelling female characters on television in recent years. It’s a riveting, coolly confident performance which navigates Nessa’s tenacious mix of ambition and altruism while she continues to shoulder sins-of-the-father burdens and repressed trauma. Lest one thinks the show is entirely heavy-going, Stephen Rea adds a smattering of bone-dry humour as Sir Hugh Hayden-Hoyle, a soft-spoken MI-6 agent whose thorough investigation into Nessa’s case is interrupted by amusingly desperate bouts of off-duty spying on his ex-wife.

Focused on a difficult subject (though masterfully wrought), The Honourable Woman requires a little patience, particularly in the first few glacially paced episodes. But stay with it and you’ll be rewarded with one mesmerising gut-punch of a thriller, ripe with first-rate performances, stylish cinematography and gripping intrigue.

Click below to watch The Honourable Woman on Lightbox today