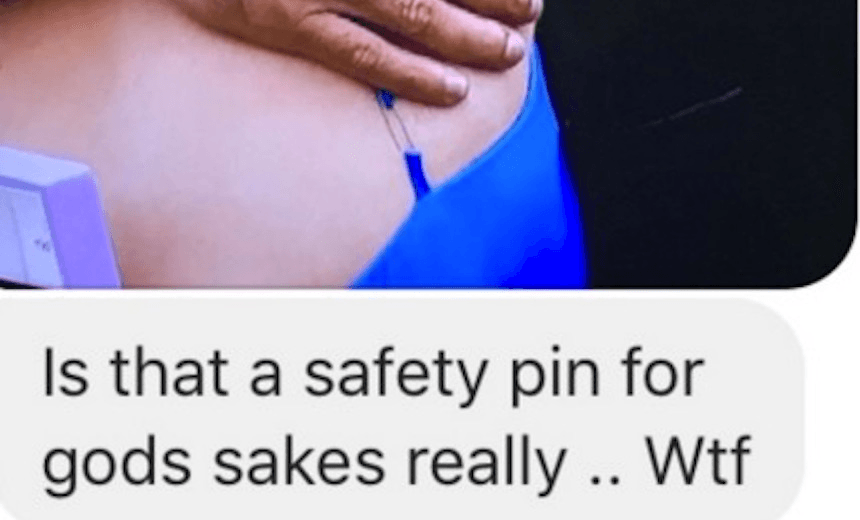 The Bachelor NZ Group Think, Week 10: What have we learned, really?

After the finale of The Bachelor NZ, some of the greatest minds in the country* assemble to talk about what they’ve learned from Mauger Jordan and the bacholerettes this season.

Despite all the helicopters and extreme water sports, there were no injuries this season beyond Erin’s cold – certainly nothing to match Matilda’s broken arm.

It seems OSH have been working harder at keeping romance safe than they did on Our First Home. Which is why it struck me as frightening and dangerous when Jordy’s brother casually admitted to Fleur that he’d been a-rooting on the Mauger deck.

I went to the world’s finest advice columnists, Yahoo! Answers, to find out whether that was OK or bad. Here are their findings:

Season two of The Bachelor NZ has been unlike anything I’ve ever seen before – because I did not watch the first season. I learnt many things while enduring this show each week. They’re not all Michael Hill diamonds of knowledge though, but here goes:

1. If you’ve got solid sponsorship, you can film your reality show just about anywhere in New Zealand – including Waitangi.
2. If you’re dating someone that’s afraid of water, don’t worry, just make them plunge off the side of a boat into the cold, blue abyss.
3. If you’re in a jam and can’t decide between two bachelorettes, then call up your old mate Mike Puru to offer sound advice.

4. Only got one striped shirt, but desperately want people to think you have two? Well just put it on backwards so the stripes are different!
5. Michael Hill will give you the mad bling, but he can’t help you decide who your true love is.
6. Bachelorettes have to be really good at solving riddles, apparently.
7. Finally, I learned that the weird Jordan mannequin at Waitangi is actually an important historical figure called James Busby. Probably the only useful information I gained.

Peace out Jordan and the gals. It’s been real.

This season of The Bachelor NZ has been devoid of emotion, a Rainbow’s End rollercoaster with many expected and uninteresting twists and turns. We’ve gone from being very taken aback/disturbed by Naz to weeping over the corpse of her relationship with Jordan, then feeling kind of grateful that Fleur and Jordan can go live a quaint life together (if they’re still together).

There are a lot of other things I’m grateful for from The Bachelor, mainly that it’s over. I’m also very grateful for the excellent lessons this season has taught me that I will definitely apply to every single day of my life moving forward.

I learnt that there are a lot of people who don’t believe you can go on a dating show about finding love, where you’re played out against other women, and be a feminist. I also learnt that they’re wrong because people should let a woman make her own damn choices and shut up.

I learnt that kissing noises aren’t able to be edited out by MediaWorks despite their ample budget for quick trips to Hawaii.

I learnt that Jordan loves a striped tank top and polo shirt.

I learnt (via the official quiz) that I am unfortunately not compatible with Jordan (in Hawaii or NZ). What a shame.

But the number one lesson I took away from The Bachelor is that the man drought in New Zealand (and possibly Hawaii) is SO FREAKING REAL. NZ has over 4 million people and Jordan is who we ended up with?! I don’t get it.

I’ve been worried about New Zealand’s man drought epidemic for a while, but I have officially reached panic stations now that the show is over and we didn’t get a *plot twist* new bach.

Where are the men?! The ones who don’t talk over women and feel threatened by anybody who remotely challenges them? Where are the men who don’t speak like they’re telling a story at mat time and are intending for you to fall asleep by the end of it?

I want to find the solution, but more importantly I want to find Naz a decent man worthy of her looks/fire/adoration. If there is no announcement of The Bachelorette featuring Naz in the near future, I will go on a solo crusade to search the country for a suitor. I don’t care if she takes the last good bloke NZ can offer, I just want her to be happy and adored.

I wish I could say I’ve learned that we’ll all find love if women compete on a 1:25 ratio, but in reality I’ve just learned that I’m gonna have to sign up for Tinder Plus if I want to have any hope of getting that Michael Hill ring. #TeamNaz

This group think is brought to you by Lightbox, home of the amazing Bachelor-inspired drama UnREAL. Take a peek behind the curtains of reality TV by clicking below to watch: