The season’s nearly over, but there’s still time for June to connect with old mates. Tara Ward recaps episode nine of season four of The Handmaid’s Tale.

Blessed be the penultimate episode of season four, which pulled on every one of The Handmaid’s Tale’s rich tapestry of storylines. Characters reunited in intriguing and unexpected ways, as June and Nick met up for a sneaky pash, Lawrence and June gossiped over the phone, and the Putnams visited the Waterfords to share glad tidings from hell. Even Aunt Lydia was the happiest we’ve seen her. She smiled like the sun, if the sun was misguided and lonely and carried a cattle prod wherever she went. 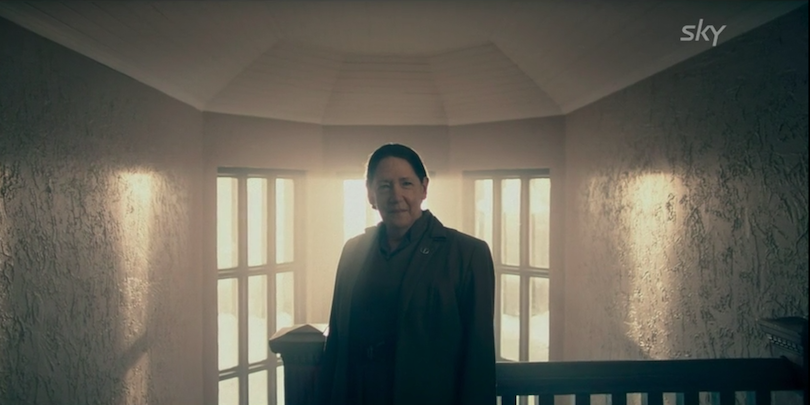 This episode was all about the children, and after June told Luke about her last visit with Hannah, the Osbornes stepped up their campaign to get their daughter out of Gilead. June used her political clout to call Commander Lawrence, who was stoked to hear from his old mate (“hello June Osborne, and HELLO CANADA!”). Lawrence, however, wasn’t interested in helping. He’s already stuck on Struggle Street trying to convince Gilead’s leaders that he’s a trustworthy ally. Good luck, those losers don’t even trust the days of the week.

While June rifled through her little black book of Corrupt Totalitarian Men Who Are Easily Influenced, Janine spent her days under Aunt Lydia’s watchful gaze. She was joined in the Red Centre by Esther Keyes, the troubled young wife from the safe house, who refused to adopt the handmaid ways. Janine saw Esther’s arrival as an opportunity to make herself indispensable to Aunt Lydia so she won’t be sent to service, and persuaded Esther to become the ideal handmaid. Or did she? Blessed be the fruit, blessed be the two handmaids about to (hopefully) go rogue. 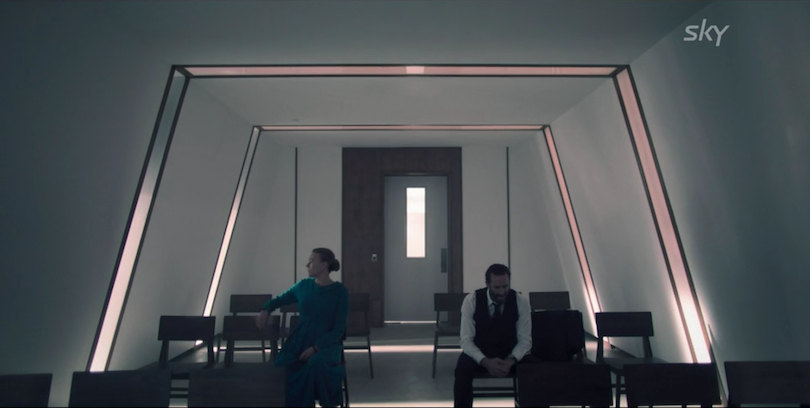 Loving each other sick right now.

In Canada, the Waterfords were as miserable as Esther and Janine, but with more comfortable chairs. While the Waterfords received baby gifts from their Canadian supporters, a visit from the Putnams made Fred and Serena Joy realise Gilead has abandoned them. Nobody in the Republic lobbied for their release, and surprisingly, thoughts and prayers didn’t help. Commander Putnam’s Cuban cigars can’t bust Fred out of jail, and Fred realised they’re up shit creek without a dystopian paddle.

If the Waterfords lose the upcoming court case, Fred will be sent to prison. If Serena returns alone to a disapproving Gilead, she’ll be forced to become a handmaid and their child will be taken by the state. Fred’s power is gone. He can’t protect Serena any more, and the thought of losing their child is the last straw. Poor Fred. There’s only one person who’s allowed to take someone else’s baby in Gilead, and that’s him. Blessed be the fruit.

After failing to convince Lawrence to help find Hannah, Luke suggested June arrange a meeting with Nick, taking Nichole with her. June couldn’t believe her luck, because having your husband encourage you to meet up with your boyfriend is indeed a throuple goal. Nick and June reunited in an old convent, which was nice enough, but why not choose a shopping mall, or a fun ice hockey game? Give the man a Coke and a Big Mac, he’s on day release from a country where they’re too scared to put words on tinned fruit in case it leads to anarchy. Send that moody face home happy, for crying out loud.

Maybe Nick doesn’t like hamburgers, maybe he doesn’t like crowds. We’ll never know, but he gave June information about Hannah and they pashed, a lot. For someone who’s so angry, June didn’t even scowl at Nick. He’s a Commander with a shitload of power who continues to uphold the regime that made June’s life miserable, but June seemed fine with him. Nick is June’s gift that keeps on giving, and she floated home after their meeting, flying high on the wings of love. Where’s all that rage gone now, hmm? 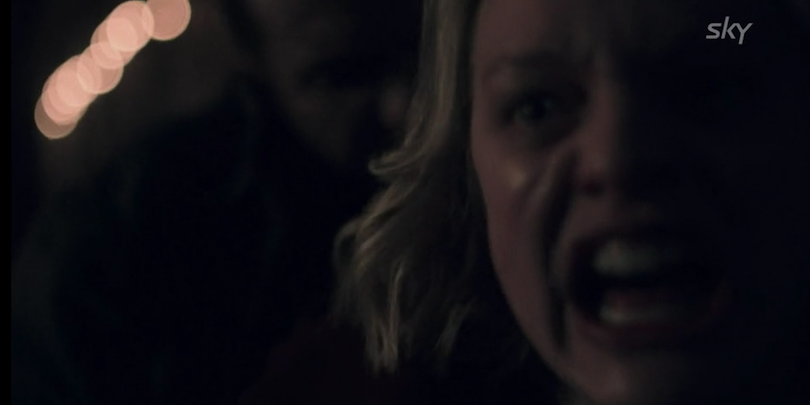 Things were going so well, until US government agent Tuello stuffed everything up by announcing Fred had struck a plea deal. In return for his freedom, Fred will tell the Americans everything he knows about Gilead, and it seems June was a pawn in Tuello’s game all along. June exploded with anger and threatened to kill Tuello, and those joyful memories of snogging Nick in the snow disappeared in an instant. Wait until June finds out Nick is married, then she’ll be really mad.