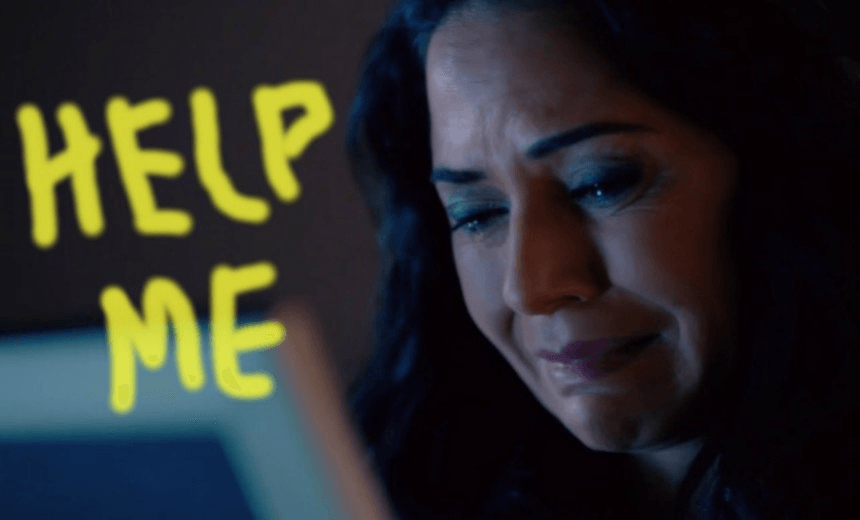 Real life read: I binge-watched all of Filthy Rich in one go

She missed it the first time around, so Tara Ward decided to watch the first season of Filthy Rich in one marathon binge.

Filthy Rich hits our screens again this week like a stripper with a heart of gold dropped from a great height by her evil business associate. New Zealand’s glitziest show is back to show us how the other half live, with all their power suits and fruit platters and expensive wall art. Colour me jealous and get me a slice of mango, ASAP.

Season one of Filthy Rich focused on three strangers who discover they are illegitimate heirs to gazillionaire John Trubridge’s kick arse fortune. Was John’s death suicide, or something more sinister?

If grieving widow Brady could get a minute to herself she’d work it out, but she’s too busy shagging her personal trainer, stopping her stepson from seducing his new half-sister, and rescuing her under-age daughter from a predatory government minister. Holy moses, rich people lead complicated lives.

I missed Filthy Rich the first time around, and was set the challenge to watch all 20 episodes in one sitting. Luckily I have no social life and my kids are experts at surviving on food that’s fallen onto the floor, so there was nothing stopping me from binging on Filthy Rich until my eyeballs grew numb and the giddy cries of high rollers rang permanently in my ears.

Twenty consecutive hours of television. How hard could it be? This was me before episode one, ready to dive deep into Filthy Rich like it was a gold bath filled with crisp $100 bills.

By episode nine, my enthusiasm was disappearing quicker than Fake-Garth’s magnificient lion-esque facial hair. I was Maria. I needed a break.

TFW you realise you still have five episodes left.

By Episode 20, I had nothing left to give but invisible tears and a soul as empty as my bank account.

Filthy Rich chewed me up and spat me out like I was the fourth illegimate heir to the Trubridge empire. It flaunted a land filled with more wealth and power than a hydroelectric lake during a wet winter. It let me peek through a glossy keyhole into a wondrous universe filled with gold baths and clean couches, where nobody eats off the floor or suffers from blocked sinuses.

Can such a world even exist? Auckland, I salute you.

What else did I learn from my marathon viewing session? Mostly, there are a lot of ads on TVNZ On Demand. My favourite was the one where the Lemsip Cold & Flu packet leaps onto a mountain rescue dog and together they escape a snowy avalanche. If anyone’s rich around here, it’s that dog and his old mate Lemsip. How I laughed. Never change, television.

But you can change, thanks to the life-affirming powers of Filthy Rich. Follow these simple tips and even the most financially challenged among us can behave like Brady Trubridge and her menagerie of money-hungry monsters. Many of these are illegal and immoral, but hey ho, better living everyone.

Behold these easy ways to be filthy rich:

Welcome back, Filthy Rich, and all your mince-on-toasty goodness. And whatever secrets and scandals befall the Trubridge empire in Season 2, I hope Brady’s amazing gold bath forever shimmers like a stripper’s hot pants under a neon light.