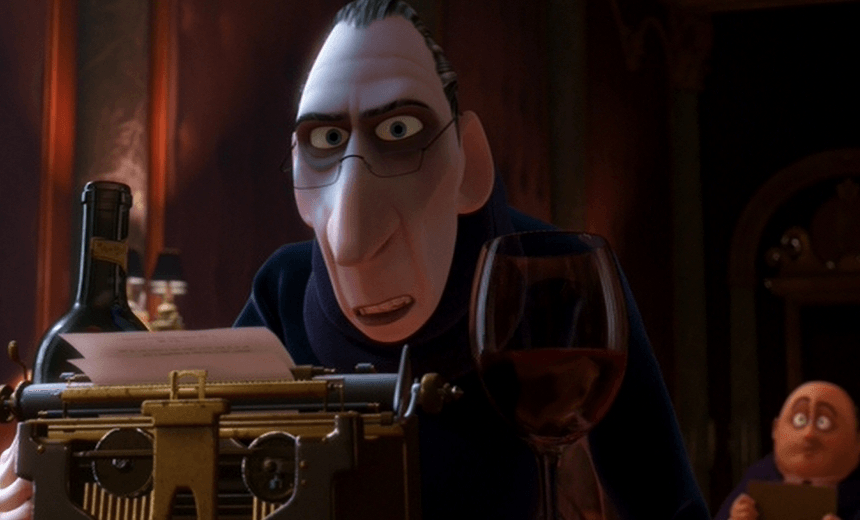 Critic’s Day: A film reviewer on being blocked, fired and sued for doing his job

Today The Spinoff assesses the state of the professional critic in New Zealand with four pieces – two new, two older – which reflect on the challenges the form faces.

Aaron Yap is one of the most insightful film critics in New Zealand. Unfortunately his reviews have lost him friends and infuriated people. He recounts his bad times below.

A year ago I lost a friend over a film review I wrote. This was someone I had known for a long time. Someone who’s had a great deal of influence on me. He produced a film which screened at the New Zealand International Film Festival. Unfortunately I didn’t like the film and made it clear. The review resulted in a curt, palpably pissed-off email that included the words “fuck” and “off”. Not long after that, I discovered he had blocked me on Facebook too.

Ah, the unsung joys of being a professional critic. Although anti-critic backlash is nothing new to me, this incident stood out and stung immensely. It felt like a strange culmination of all the times I’ve had to weather the often stormy critic-vs-artist/distributor relationship since I started doing this gig. As any writer who’s ever had to offer their two cents on anything in the media can attest to, things do get uncomfortably personal.

Sometimes it can be amusingly awkward. Whilst writing for Real Groove, I gave a local independent movie a mediocre review. By chance, the filmmaker and I crossed paths, many years later, in a public setting. He had remembered me from that one review. The interaction was genial, but it was interesting that he imagined me to be a different person to the one he met – perhaps some crotchety old guy with thinning hair?

At other times, the Critic may have to confront the merciless wrath of a major studio theatrical distributor who’ll do anything in their power to shield a multi-million investment from bad word-of-mouth. Thankfully most distributors are lovely and reasonable people, but there’ll be one or two rotten eggs out there whose job description seems to include making your life unpleasant for simply expressing an opinion. In one extreme, historic example, Disney responded to a local critic who panned Dick Tracy by taking out a newspaper ad to excoriate his critical integrity.

Back at one of the earliest publications I wrote for, fresh out of uni, I found myself in the crosshairs of a notably nasty one when I scathingly reviewed their big event mainstream movie. My editor was pressured to remove me from the paper. Intervention by this distributor almost became a laughably routine occurrence — until an unfortunate indiscretion on my part gave them enough ammunition to see to it that I would be dismissed.

It was a traumatic, nightmarish experience. I shelled out $800 in lawyers’ fees, which for a meagrely paid critic, is an insane amount of money. The matter was legally resolved to everyone’s satisfaction – but the distributor continued to pursue my removal regardless. I was forced to resign.

The pile-up of critic-hate has been considerable in the past year. It’s a role that’s increasingly under attack, undervalued, and — as critics will tell you — outdated. The Critic is your average, humorless Anton Ego, the kind of insufferably snooty cretin M. Night Shyamalan relished sending to a gruesome demise in Lady in the Water. Perhaps someone like BBC journalist Adam Rosser, whose interview with Warcraft director Duncan Jones, made the rounds on the internet last month.

The clip made for a stark contrast to the light, frothy, congratulatory chats you’d normally see during the promo blitz of a film’s release. Instead, Rosser fired off a series of questions that expressed his issues with the film — the characters, the world-building. Jones answered as civilly as he could, without defensiveness, and certainly without resorting to the infamous ima-shut-your-butt-down mic-drop that Quentin Tarantino delivered when an interview went wincingly awry a few years ago.

Many commenters found Rosser’s conduct rude and unnecessarily combative, especially given the context of the piece, in which Jones was presumably participating in simply to promote his brand new film, not to be interrogated over perceived flaws of his work (the bizarrely abrupt manner that Rosser exits the interview added somewhat to the tense situation). But I watched with keen interest, and would argue that it was ultimately refreshing that a journalist was critically engaging with the work in question, with its creator, in a public forum.

It may have been an inappropriate time and place for Rosser to do so, and he could’ve demonstrated a bit more tact. But the truth is, there are very few opportunities anytime where a writer is able to sit down with a filmmaker to discuss their work in such a candidly challenging, warts-and-all fashion. Most interviews today exist as a platform to get as many bums on seats as possible — a business necessity. When you get someone who’s able to open up and chat beyond those requirements, it can make for a valuable and enriching conversation.

It’s this conversation that many in the industry appear to be adverse to. “Talking about other people’s stuff is weird,” British director Ben Wheatley (High Rise) told Flickreel, “Why aren’t you making stuff? And if you aren’t, why should you really have a voice to complain about things until you’ve walked a mile in someone’s shoes?” Alex Proyas, responding to the disastrous reception of his CG-laden fantasy Gods of Egypt, took to Facebook rant about how critics are “deranged idiots” and “diseased vultures”. Henry Cavill, the red-caped star of Batman v Superman: Dawn of Justice, brushed off the universal mauling of the DC superhero flick: “It’s the audience that matters”. TV critics received a swipe from Tarantino too: “Who the fuck reads TV reviews? Jesus fucking Christ.”

The availability and instantaneous reach of social media has now allowed a faster, more convenient avenue for artists to defend themselves — and angry fans to send death threats. It’s only working in a country as small as New Zealand, with its tighter social circles, that your come to realise the personal costs are higher. It’s more than likely you’ll bump into someone you’ve pissed off sooner or later.

For this reason, it has crossed my mind to avoid reviewing anything New Zealand-made where possible. Hell hath no fury like a local artist/producer/distributor whose work has been lambasted in public! So the question is can any NZ critic review local product with 100% honesty and integrity without worrying that someone-who-probably-knows-your-friend’s feelings might get hurt?

There’s this kid-gloves, support-the-industry mentality that seems to permeate media coverage of the local arts that can’t be helpful. Should we hold different standards for New Zealand filmmaking to something that was made in the US? I’d like to imagine a reality where Duncan Greive could review Filthy Rich with the producers coming back saying, “Wait, this guy has a good point! We’ll take on board these criticisms and do better next time”.

It’s a natural inclination to want to defend something you’ve spent hundreds of hours and thousands of dollars on making. It’s your baby. The last thing you’d want is some critic taking a steaming dump on it. But admonishing and silencing critics aren’t solutions.

While it’s a little disconcerting to admit that the odd time a critic is of any worth is when they can be utilised as a marketing tool, the continued practice of slapping pull quotes on trailers and posters speaks to the power of a critic’s word to help sell a film. For indies who don’t have the luxury of an expensive marketing campaign, this can be a huge boon.

When critical accolades are in short supply, producers and distributors generally find affirmations of success in populist terms: the box office numbers, the fans who loved the work. Job accomplished, that’s all that matters. But on the other side of the fence, as a critic who is also first and foremost, a fan of movies, that doesn’t matter as much to me as the critical engagement of the work itself.

To read a critic who’s able to provoke discourse, provide context and inspire new perspective with is an intrinsic, vital part of living and breathing the culture. No art ever exists in a vacuum. 140 characters of wildly raving fan-love is great for boosting hype, but it isn’t as relevant to me as an informed piece from a writer who has a sense of history and speaks from a place of authority. To quote Pauline Kael, “In the arts, the critic is the only independent source of information. The rest is advertising”.

As of writing, I’ve buried the hatchet with the friend I talked about at the top, Ant Timpson. He reasoned that it wasn’t just a case of a producer getting mad at a bad review, but that mine was simply one of number of reviews which cumulatively represented “a pile-on by very similar writers who all knew each other”.

He has a new film playing at this year’s film festival. At this point I have no intention of reviewing it.

Sam Brooks on the state of theatre reviewing in 2016