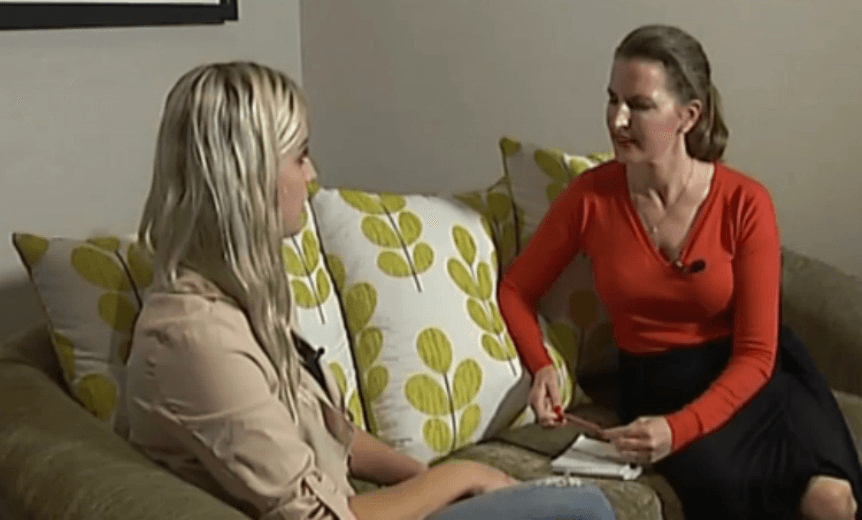 After 10 weeks of hellish TV, the Bachelor finally delivers

For its entire run The Bachelor NZ was a bore. Then Naz, ‘The Women Tell All’ and Story helped it explode into the best entertainment of the year, says Duncan Greive.

After 10 weeks and 20 episodes of some of the most interminable and vacuous television New Zealand has ever seen, season two of the The Bachelor NZ exploded like an over-cooked saveloy this week. It left faintly pork-scented pink goop over the whole New Zealand media-scape, from Social to Serious and everything in between.

The final episode played out with a grim, funereal air on Monday, and all of us who’d suffered through it sighed with relief that it was over. In fact, it had barely begun. In central Auckland, deep in the gassy belly of SkyCity, the ‘Women Tell All’ episode was filming, and all hell broke loose.

‘Nasty’ Naz emerged from the vaguely coy cocoon she’d been nesting in since shooting ended, firing fake pistols and greeting the world with a cheery ‘Sup bitches!’ She was magnificent, born for this moment fast as a whip and sharp as a tack. She took on anyone who came at her: hecklers got it on the chin; other bachelorettes in the neck.

When the Bachelor himself emerged, sheepish but with a nice new haircut, she grabbed him ravenously, digging her long nails into his throat in an uncomfortably long embrace.

The entrance of Fleur, the putative ‘winner’ of the competition was, by contrast, a muted and sullen affair. They babbled about a bangle; neither she nor Jordan could meet one another’s eyes.

The episode aired on Tuesday night and was by far the best 90 minutes of either season so far, precisely because it felt dangerous and unscripted in a way the show never had. Mauger was grilled by Rebecca for not disclosing his acting career; Shari reminded us all of the essential point that the entire “show is ridiculous”, leaving the brilliantly genial host Mike Puru dazed and amused.

It served as a marker for what has to happen should a third season eventuate – stop trying to direct these poor humans and let them just be. Case in point: what happened afterwards. Naz did the radio rounds, which consist chiefly of being sexually harassed by various jocks. She handled the horror well, telling stories of sexual conquests which only served to amplify the humming speculation that Jordan and Fleur’s love might be tainted.

That seemed an inevitability even after the show ended, but it was still shocking when Story lead with an interview with Fleur last night. She sat down with Amanda Gillies and told us, through tears, that Mauger, the cad, had broken up with her hours earlier!

Gillies was magnificent: sympathetic yet probing, asking precisely the questions you’d ask of a jilted mate. The moment served to present Mauger as a national villain on a platter, and he immediately made his social media accounts private to avoid the coming pile-on.

But, strangely, despite his being a ropey Bachelor and clearly not a great boyfriend, this incident served to make him a far more sympathetic figure, I thought. Clearly this process had been a chore, and one which felt like a trap by the end. For him to end it at the first possible opportunity suggests he was in a dark hole, one which the national opprobrium won’t exactly dig him out of.

Afterwards social media became a choppy mess of two conflicting tides: one raging at the bad man; the other seething that this wasn’t news. I did wince a little when Duncan Garner segued out by saying “so from breaking news to a surprise of a different sort: the homeless!”

Segues are always hard work though, and while it may not have been ‘news’ – at least by the dryballs BBC-in-the’50s definition – it was entertaining as all hell. Which is something the show has been only intermittently over the last couple of months. For that, all us long-suffering Bachelor watchers will forever be grateful, because the conflagration might just have bought the show a third season.

Listen to Duncan Greive discussing the shocking conclusion of The Bachelor NZ with Jane Yee and Alex Casey below, or download here on iTunes, or here on Stitcher. Join in the conversation on #tfspod

The Spinoff’s coverage of The Bachelor NZ is brought to you by Lightbox, home of UnREAL, a drama set behind-the-scenes of  a Bachelor-esque show.