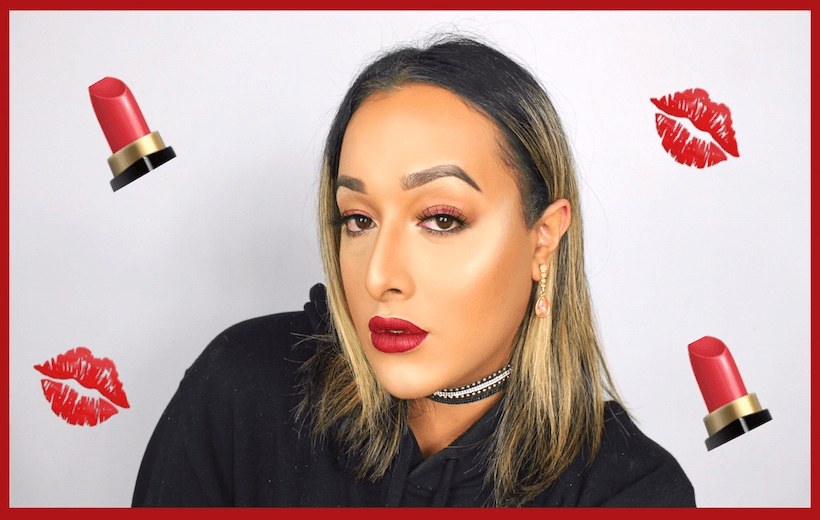 By Zaskiya Lesa
Spinoff intern
Made possible by

Zaskiya Lesa talks to Kris Fox about finding fame online, beauty blogger sellouts and why he can’t go to the mall anymore.

I tend to find myself mindlessly scrolling through social media to kill time, and without fail a Kris Fox video will always pop up on my timeline. His sassy, rambunctious tone is always enough to drag me in. With pounding dance beats blaring in the background, Kris lowers himself back into his seat after a twerk session and greets his audience with a “What it is, what’s up?”. Interspersed with makeup and skincare advice, he performs parodies of pop culture’s biggest names – check out Kylie Jenner vs Blac Chyna “My Baby Daddy” – and unique and hilarious skits like Getting Ready With Me in the Hood and Pronouncing Fuck in Different Languages.

‘Kris Fox’, real name Christopher Osbourne, was born into an Indian-Fijian family and moved to New Zealand from Fiji when he was a baby. He attended Mt Roskill Grammar and graduated from AUT with a communications degree. He’s now a digital executive at a New Zealand TV broadcaster. Despite his busy life, Kris continues to consistently pump out videos from his New Lynn home studio, generating the laughs of thousands. As he says in his outros, “nothing much”.

I was anxiously waiting for Kris to call and when I saw the ‘private number’ flash across the screen of my phone, I was torn whether it was him or my grandmother calling me for the 50302th time that day. But to my excitement, it was the infamous Kris Fox.

I’d expected a diva, but during our conversation he was just a laid-back version of his fierce and flossy online persona. Despite 115,600 followers on Facebook, 58,500 subscribers on YouTube, and 42,200 followers on Instagram, he was still polite enough to ask me how my day was going. The social media star spilled the tea on his life and the secret to his success.

What made you want to become a YouTuber and who were you watching on YouTube when you started out?

Initially I didn’t really plan anything, I just did it because I was bored and I wanted to entertain myself. I just kind of fell into it and then started falling in love with it. To be honest, I didn’t really watch that many Youtubers I just did it myself because I was like, ‘oh I can probably do it it’s fine’ and once I got to the swing of things I just kept on going.

When did you realize that your channel was starting to build up an audience?

I think it was when I started getting recognised on the streets. I still remember the first time someone came up to me, I was in the mall and they were like OMG I’ve seen your videos and I was like ‘what the hell, this is so weird’. From then onwards realised that real people were actually watching me, so I just continued on doing it. The impact of it is just crazy.

How would you describe your online persona?

My online persona is very crazy, sassy, bitchy. Just wild and crazy, to be honest. I like using my online platform as an outlet to express myself in ways that I necessarily can’t in a regular day to day basis.

Are you similar to your online presence in real life?

There are some aspects of Kris Fox in me and my own personality. Obviously right now I don’t sound like how I do in my videos. It’s kind of a hyped-up version of my own personal self. I definitely see similar traits between how I am online and how I am with reality. Just think of me in reality as a more chill version of how I am on the Internet.

How do you think YouTube helps to open up spaces for marginalised voices generally?

It gives everyone a platform to speak their own truth and what they want to do. I think that YouTube’s platform in general is good for anybody that’s wants to vent out or say anything in regards to how they’re feeling. It’s a good way to express your emotions and release them into the world.

Have you come up against online abuse and how have you dealt with it?

When you put yourself out there, there are always people with opinions, and people who want to say mean things about you. How I deal with it is basically I ignore any negativity. I embrace all the positivity. Sometimes, if it’s really negative I do say something, but majority of the time I just focus on all the love that I get.

How do you stay an authentic beauty blogger when so much money and advertising is being increasingly funneled into beauty videos?

When you do beauty stuff, there are so many campaigns and adverts that you can get into – but it’s honestly up to the influencer how they wish to do their sponsorships. Personally, I don’t like doing massive amounts of sponsorships.

For the majority of the time, I just like making sure that my stuff that I publish is authentic. Half of the makeup stuff that I do on Instagram is just me doing my own makeup look – there’s only one or two sponsored posts that I do a week.

I don’t want to be a sell-out and I don’t work with any brands or any products that I will never use. It’s just taking it back to that whole concept of being authentic who you are as you portray yourself online. You don’t want to be one of those people that mislead others.

I like being sassy, and I like having the freedom to say whatever the hell I want to say. What makes me unique is that I’ve got the biggest mouth in the entire world and I just say it how it is. I like to be funny as well. I like to take the piss out of makeup videos. I don’t take it too seriously.

Makeup is supposed to be fun. It’s a creative outlet for you to express yourself and your freedom. Why do you have to be so serious about it?  Why can’t you pick up the mascara and be like ‘yaaas just did my eyebrows gonna slay and get some dick tonight’. Why can’t I say that?

What is your long-term goal?

My ultimate goal for my online persona is just to influence people to be themselves, to be free and be who they are and do what they want to do. That’s just my ultimate goal. I’m just doing it cause it’s fun, and people can relate to it. Once you’ve built that platform you have the ability to influence a mass amount of people, so I want all the people who follow me on any of my social media platforms to be free to be who they are. Be sassy, don’t let anyone pick on you.