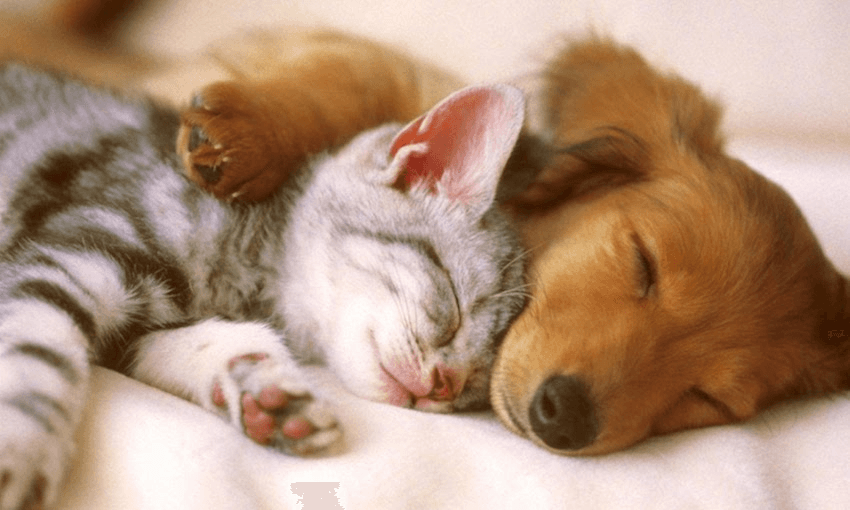 New to Lightbox in June: Puppies and kittens, love in Paris, and a Kiwi classic

With dozens of domestic animals, a seriously French take on Sex and the City and maybe the most popular NZ show ever, June on Lightbox has your winter sorted. Sam Brooks, Alex Casey and Emily Writes run down what’s coming to Lightbox this month.

Do you love political drama but The Handmaid’s Tale or Homeland is too intense? Do you love quality acting and writing but don’t want to be shaken to your precious core on a weekly basis? Then Madame Secretary is the show for you. Originating in a pre-Trump world, Madame Secretary follows the US Secretary of State, played by Tea Leoni (from underrated mid-90s sitcom The Naked Truth and underrated-but-maybe-terrible film Fun with Dick and Jane) as she navigates politics, her personal life, and the general life hassles that every human who is a high-ranking member of US politics has to deal with. It’s perfect for a chill weekend binge, if you ask me. / Sam Brooks

I know that everyone’s rabbiting on about Jacinda this and baby that, but we all need to remember that old mate Offred, or June, is also about to give birth within the cosy walls of Gilead any episode now. With her entire world undoubtedly about to get turned upside down, there’s no better time to get caught up on The Handmaid’s Tale if you haven’t already. The last episode in particular was a real weeper, a testimony to the power of motherhood within even the darkest of circumstances. Here are all our handy recaps of season two to get you up to speed. / Alex Casey

Sex and the City but in Paris? If that doesn’t sell you, let me sell you. Paris etc. is a half funny, half serious take on the lives of five women living across Paris and their attempts to find love and get through the complications that come with it unscathed. It leans a little bit more serious than Sex and the City, and there’s definitely a lot fewer Samantha puns (remember how little we used to expect from our television?), but it’s a compelling portrait of the loneliness that comes even when you’re living smack-dab in the middle of the City of Love. Even more crucially, and uniquely, it does so across generations – and genuinely makes an effort to cover a spectrum of women across race, class and sexuality. It’s a genuine achievement, and you can feel smart because you’re reading subtitles! / SB

It’s been called “revoltingly violent” a “preposterous ghoulash” and “like Wes Anderson was given a Quentin Tarantino script,” but Preacher is best summed up in three succinct words: very fucking cool. The comic book adaptation brought to the small screen by comedy dream team Seth Rogen and Evan Goldberg (Superbad), Preacher follows ex-outlaw Jesse Cutter as he returns to West Texas. A foul-mouthed, hard-drinking prodigal son, Jesse’s assignment is soon corrupted when he is overcome with extreme superpowers and determined to find God in a world run by demons. Just that old chesnut. / AC

I swear this was literally just in cinemas and I gave it a miss because it looked like just another comedy they dump in autumn. I’m not gonna be fooled by you again, movie studios! However, I was proved very, very wrong for probably the first and last time in my life, because Game Night got amazing reviews, and has a cast to die for (Rachel McAdams, Sharon Horgan, Chelsea Peretti and some dudes). If you want a recent comedy to talk about around your metaphorical water cooler, I highly recommend Game Night. And it’s recent enough so you can totally pretend you saw it at the movies. (Also it’s directed by the guy who played Sam on Freaks and Geeks! That’s cool.) / SB

As the darkness sets in around us, and David Seymour continues to twerk us all to hell on Dancing With the Stars NZ, ’tis undeniably the season of horrors. The Insidious franchise, not unlike the long-haired spook hiding in the corner of your bedroom, has been slowly encroaching into our nightmares for over eight years now, with the latest instalment The Last Key aiming to unlock a whole new level of terror. If you thought that Salad Fingers was freaky, wait until you meet the ghoul with 10 long keys for fingers. / AC

Real story: Earlier this year, I had to fly home from London (yeah, I travel, what of it) and I decided to watch this lovely kids film on the TV. I ended up crying so hard and openly that the stranger sitting next to me offered me his complimentary water. I watched it again when I got home, to see if the film was actually that good and reader, it was.

Based on Brian Selznick’s 2011 novel, Wonderstruck is the latest film from Todd Haynes, who made the cry-making films Far from Heaven and Carol, and follows two children across two separate plotlines. One is the deaf girl Rose, who runs away from her commanding father to find her mother, and the other is the recently orphaned Ben, who finds himself unable to hear after a lightning strike and goes on a journey to find his father. Millicent Simmonds, who plays Rose, is utterly wonderful, and so is Julianne Moore in a small but pivotal role. If you want a film to make you feel something deep, profound and unexplainable, Wonderstruck is your best bet. / SB

Winter chiller Winchester combines two of the greatest things in cinematic history: Helen Mirren and… ghosts. Multiple ghosts. Vengeful ghosts. Old-timey ghosts. Based on a true story from 1906, Winchester follows heiress Sarah Winchester (Mirren), all high-neck lace collars and perfectly-coiffed hair, as she attempts to protect her family from the evil spirits within her haunted San Jose mansion. There’s blood on the walls, possessed children singing softly and Helen Mirren communicating with spirits through the medium of sketch. If you liked The Others, you’ll be mad for this one. / AC

The Wonderful World of Puppies and Kittens (arrives June 11)

This show is ostensibly for children, and my kids love it – but quite frankly I don’t know how I ever lived without it. It’s the most wholesome TV out there, perfect for hangovers or that time of the month. Great family viewing if you’re trying to avoid animated characters more painful than a root canal. It’s what it says on the box basically. Puppies and kittens make the world wonderful. / Emily Writes

Remember The Tribe? The bizarrely popular international phenomenon that was The Tribe, the one shot in our very own New Zealand? Nearly every New Zealand actor who was alive and age-appropriate for a show about teenagers during the late ’90s to early aughts was on The Tribe (Antonia Prebble, Michelle Ang, Fleur Saville…) and it’s just as much fun to point them out as it is to watch. It gets a little bit dark at times, so this is definitely one to watch with your older kids, but this kitschy post-apocalyptic series more than holds up 20 years down the track. / SB

Watch all these and more on Lightbox this month: