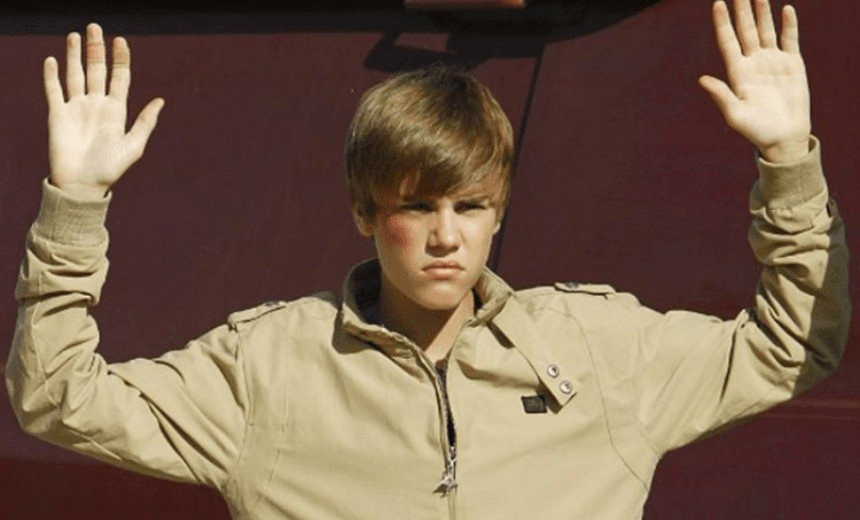 Inside the Lightbox: The best popstars who tried out television

Inside the Lightbox is a sponsored feature where we pluck out shows from Lightbox‘s extensive back catalogue. This week, Pete Douglas presents a guide to all the best popstars who gave telly a whirl.

I bloody love a good popstar cameo on a TV show. Ever since Stevie Wonder accidentally crashed into Theo and Denise with his limo as he guested on The Cosby Show (he should have run over Bill instead IMHO), and DJ Jazzy Jeff kept making his amazing appearances on The Fresh Prince of Bel Air, I’ve been a bit obsessed with looking out for them.

Here is a ranking of the best pop star contributions I could find on Lightbox right now.

We’ve all watched The Voice  and listened to Adam Levine from Maroon 5 blab on to some poor schmuck about how much he cares about their artistry and career and that’s why they should pick him, talking all over Blake Shelton and the other judges, and just generally being kinda annoying.

All the while you are secretly wishing you could dump him in the middle of a scenario where a crazed group of serial killers tear his arm out of its socket, and stalk him down to an ultimately gory demise.

Well wish no longer friends, thankfully the producers of American Horror Story played this exact scenario out during the second season of the franchise. Talk about Moves Like Jagger!

I don’t know about you, but whenever I hear the latest single from Biebs I always think to myself “this is a guy who could quite possibly be a serial bomber, driven by an unshakeable belief in a corrupt, rotting government which needs to be taken down via brute force”.

Naturally enough the producers of CSI thought exactly the same thing, and got him to play just that role as Jason McCann in season 11 of the show.

McPhee was tragically a runner up to long-forgotten, grey-haired crooner Taylor Hicks in season 5 of American Idol. I have to admit, I had the “McPheever” pretty bad at the time and was gutted she lost.

As so often happened on Idol, the top two were nowhere near as successful as fifth placed, humourless, bald rocker Chris Daughtry (of the band DAUGHTRY, whose first album was titled DAUGHTRY, just in case you are at all unsure which DAUGHTRY I am talking about here…and yes before you ask you are always meant to write DAUGHTRY in all caps).

No matter for McPhee who has established a successful acting career, including her starring role as Karen Cartwright in Smash – an unfairly underrated, and often quite fun show about the drama behind establishing a fictional (now actually materialising) Marilyn Monroe musical, “Bombshell” on Broadway.

Taylor Hicks on the other hand was last spotted fronting a Doobie Brothers tribute band on the county fair circuit.

6) Ginuwine in Parks and Recreation

Sometimes one song is enough, and ‘Pony‘ by Ginuwine is still one of the best R & B tracks of the 90’s. It’s certainly the best one built on the sound of a bullfrog croaking.

Ginuwine didn’t do a lot else, but he did have a great Parks and Recreation recurring cameo going as himself, fitting seamlessly into the narrative of being Donna Meagle’s cousin.

Like any good delusional fan who refuses to accept reality, I couldn’t care less if the world has turned on T-Swizzle. Well before the days of being caught out on phone recordings saying things that she’d previously denied, and allegedly dating guys just for publicity, TS was nothing more than a huge multi-million selling crossover country-pop star in the vein of Shania Twain (I was always going to shoehorn Shania into this piece somehow, and I am unrepentant).

She also had spare time enough to pop up and test her acting chops on a top rating and long running series CSI. Unlike Bieber’s villain, her character Haley Jones is a victim sporting a sweet lip ring.

4) One Direction in iCarly

Cameos are one thing, but 1D get a whole episode named after them on iCarly (‘iGo One Direction’). A tremendous plotline ensues in which Carly gets “Jungle Worms” (I’m no doctor but I don’t think that’s a thing Carly – sounds gross anyway) and accidentally gives it to one of the members (Harry) of the biggest boy band in the world.

The whole thing ends with the band playing their hit “That’s What Makes you Beautiful”, in a cheesy sing-along-and-smile scene that would have fit in nicely on Beverly Hills 90210 back in the day.

Are you sure you really wanted to give up all of this Zayn?

Is there anything Ariana Grande can’t do? Haters like to suggest the diva is named after a drink from Starbucks, but Grande is one of the biggest and best popstars in the world today. When she’s not effortlessly destroying chauvinistic male radio DJs whilst wearing her hair up like a pair of Minnie Mouse ears (how do you like them apples?), Grande finds time to pop up as colonic-loving sorority girl Sonya Herfmann (AKA Chanel no. 2) on both seasons of the gloriously trashy Ryan Murphy creation, Scream Queens.

What do you do when your third album tanks so badly that you blame your management and record company for forcing you to release it, and then your idea of a comeback album is singing some crusty oldies with Tony Bennett?

Turn to acting of course! Gaga is truly creepy as Elizabeth/The Countess in season 6 of American Horror Story, even picking up a Golden Globe award for her performance.

The final word has to go to the Thin White Duke himself and his wonderful turn on Extras – the highlight of which is him singing the touching David Brent-inspired ballad “Chubby Little Loser”.

Catch all these musical memories and more on Lightbox below: