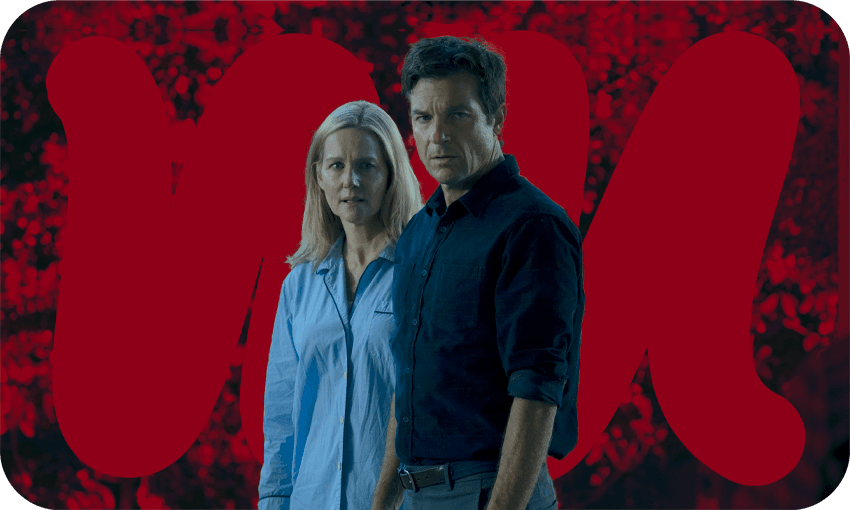 As the bodies piled up, the hit Netflix crime drama turned into a dull endurance test that even its most diehard fans struggled to love, writes Chris Schulz.

For three-and-a-half seasons, the noose slowly tightened. The past was catching up to Marty Byrde, the seemingly mild-mannered accountant laundering money for a Mexican drug cartel on the sly. His wife Wendy was hooked into his crooked enterprise, and together they’d purchased multiple businesses — a casino, a hotel, and, usefully, a funeral home — to help wash their blood money.

Forced to grow up too soon, their kids Jonah and Charlotte were turning on them. The FBI had caught on, and Ruth, a former associate, had rebelled. Feuding cartel bosses were escalating their demands, and gunning for them. The ghost of Ben, Wendy’s brother, continued to haunt them, a family secret in grave danger of being dug up by Wendy’s drunk dad, Nathan.

Watching this house of cards get built was always Ozark’s biggest joy. The show’s four-season, five-year run as one of Netflix’s best prestige TV offerings succeeded by putting the Byrdes in increasingly complex situations, then having them weasel their way out. They stacked deal upon deal, lie upon lie. It was all set to come crashing down in its final season.

In this, the show shared DNA with Breaking Bad, a show Ozark clearly wanted to mimic, with stunning cinematography and big-name stars in Jason Bateman and Laura Linney. It also seemed to share a similar end goal: just as Walter White paid the ultimate price, Marty was surely being pushed towards something as extreme as mowing down an entire drug cartel with a robotic machine gun mounted to his car.

But it wasn’t to be. Ozark’s final season, stretched across 16 episodes released in two parts, limped along only to flame out in the lamest possible way. This was not an ending for the ages, one that would hoist Ozark into the upper echelon alongside The Sopranos and The Leftovers, where it clearly wanted to be. Neither was it a complete bellyflop, like Lost’s “they’re all ghosts” disaster or Dexter’s lumberjack debacle.

This was something even worse: utterly mid, a completely tame cop-out that tripped and stuttered over itself towards a finale that proved the show’s writers didn’t really know how to end their show.

Even before that, Ozark’s final season had become an interminable, unwatchable mess. In part two, the seams split as actors were forced to deliver pages of dialogue that led down dead ends. Characters from season one returned for no real reason. The best storyline, Wendy’s killing of Ben, stayed dead and buried.

Worst of all, the show killed off its best characters far too early. With six episodes still to go, Javi — television’s most intimidating villain since Better Call Saul’s Lalo — was lying dead in a Chicago office. Terrifying drug boss Darlene and her much younger partner Wyatt were gone well before that. Ruth, a redneck rebel that gave Emmy winner Julia Garner the chance to snarl incredible lines like, “If you’re a killer, then I’m Snow White. And I don’t see any dwarves around,” was Ozark’s best character, and had the most chance of securing a spinoff series. Even she didn’t manage to survive.

Perhaps the biggest crime committed over the past eight episodes was keeping Omar, the cartel’s menacing drug kingpin, in prison chained to a table. It’s a great metaphor for the show itself: stuck with nowhere to go. In his place, his sister Camile was introduced as a last-minute villain, but her true menace wasn’t revealed until the finale, when it was too little, too late.

The final scene – a private investigator finding Ben’s ashes, only to be shot by Jonah – felt underwhelming. The Byrdes won. We don’t need reminding right now that middle-class white men tend to win in the end, even if that message is wrapped up in a blood-soaked body bag for four seasons.

I can’t help but think of the infinite better endings there could have been. Ruth, working with the drug cartel, to bring down the Byrdes. Jonah and Charlotte turning on their parents, attempting to take over the family business. Or the one the writers seemed to be building towards: Wendy growing in status, usurping Marty, leading to a showdown to the death.

Instead, we were left with a shrug. After all the bodies, what did Ozark really have to say about the allure of money, about power, greed and status?

Had the show stuck to its usual 10 episode season,  this could all have been wrapped up without so much filler. Instead, the final season was stretched into 16 episodes and two parts, one can only guess to keep subscribers subscribing for the months in-between.

We all know about Netflix’s woes: two million subscribers are anticipated to flee this quarter, and stock prices plummeted at the news. Ads are being introduced, password sharing is being limited, and cutbacks are underway. As a result, streaming’s golden days appear to be over.

The bigger problem is that others are doing this better than Netflix now. Prime Video has The Boys and Lord of the Rings. Apple TV+ has Severance and WeCrashed. Neon has Better Call Saul and The Staircase. Netflix, on the other hand, doesn’t seem to have a succession plan for Ozark. It’s betting big on true crime and reality, which are cheaper to film and easier to make, but not what brings in new subscribers.

Stranger Things, one of Netflix’s few remaining big-budget dramas, has pulled the same trick as Ozark and started splitting its seasons in two. Watch for the same thing to happen: bloat where the fat should be trimmed, stasis where there should be pace. The lesson the Byrdes should have learned is that you can’t outrun your past decisions. It’s something Netflix is about to learn the hard way.