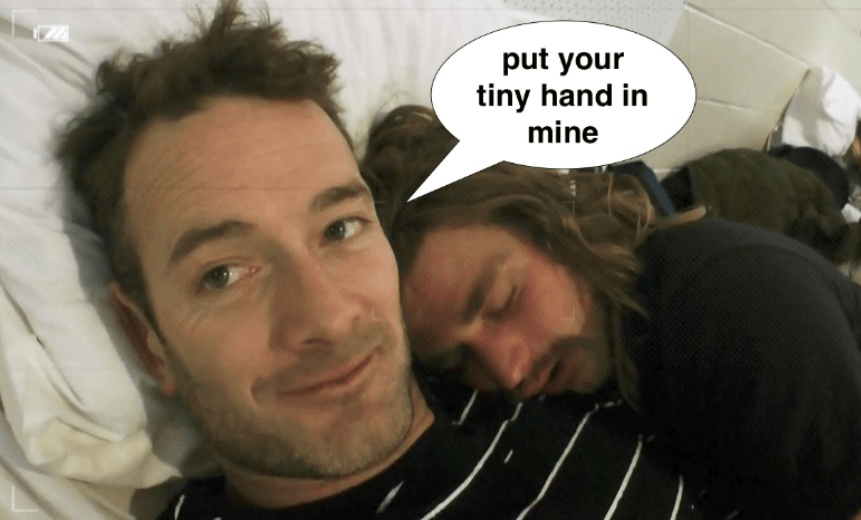 Jane Yee on The Block: Sleeping with the enemy

Ling and Zing have lost the plot, the Twins are ripping off the Renaissance and Stacey’s taken to wearing a rug – it’s just another week on The Block NZ.

In the words of the great Ronan Keating, life is a roller coaster you just gotta ride it. Life on The Block NZ is no different, and this week the contestants rode the reno roller coaster to its highest peaks and deepest troughs.

Do Over week began with teams Purple and Orange doing over teams Green and Blue in Dinner Wars. Serial smilers Stace and Yanita masterminded Operation Zero Issues, sending shockwaves through the site. “I don’t care about playing the game, but don’t say you’re the nice girls and then do this,” a freshly smote Julia seethed in the red room of truth.

With inter-Block relationships at an all time low, Mark whipped out his air horn and – in a move right out of The Bachelor handbook – enthusiastically announced a getaway for the contestants. They packed their bags and headed up North for a charity mission that would see them breaking bread and bunking in together.

When they weren’t playing Cards Against Humanity, they were tasked with transforming the grounds of the I Have A Dream HQ. It was a huge undertaking for the octet and they had absolutely no help aside from a team of labourers, landscapers, fencing specialists and a massive group of volunteers.

While the Blockheads were away, their tradies set about gibbing and plastering the tallest stairwells in human history, which was neither interesting nor consequential as these were not being judged. I guess it’s helpful to know that if you buy one of these houses, you can legitimately fund raise by doing a stair climb challenge every time you need to go from the front door to the bedroom.

Speaking of ups and downs, on with the rankings!

Thanks to their outstanding tactical move during Dinner Wars, The Besties have catapulted themselves from the bottom of the rankings straight to the top. I’m sure they won’t be at these lofty heights for long due to the whack layout of their house so, for now, let’s just enjoy their dick move because it was enough to shock even the unscrupulous Julia and Ali.

It was an outstanding tactic that will see them sitting back and plaiting each other’s hair while everyone else slaves away painting the exteriors of their houses. The good-girls-turned-bad doubled down on their fortunes by snazzing up their living room and walking away with the win at Room Reveal, despite two teams playing Plus Ones against them.

Considering they suffered a tools-down penalty, had a plasterer pretend to move to Oz just to avoid them, endured a tradie-pileup-cum-computer-game-disaster and spent the week in a crumpled heap feeling very sorry for themselves that everyone hated them – not a bad result really.

Our resident nice guys were royally shafted by the Dinner Wars of Doom. Having spent five weeks saving everyone’s bacon – and at one point cooking everyone bacon – Andy and Nate didn’t deserve to have zeros rained upon them and it made them a bit cross. In fact, the HamDads were so riled they pulled a sneaky move of their own, agreeing to an alliance with Ling and Zing for team scoring, only to score everyone zeros, netting themselves $2000 and second place in this week’s rankings.

For Do Over week, Andy and Nate wanted to tile over their Spanish public bathroom, but received the bad news in Whangarei that it wasn’t possible. Never ones to be beaten down, the Dads smashed some cornflakes and made the best of a bad situation by turning their attention to their living room.

As the old saying goes, “more is more” and, because there wasn’t enough going on in their living room already, the HamDads threw in some bookshelves, a cowhide rug, some LED strip lighting and fiddled around with furniture placement and their Louvre wall to wow the judges. It totally worked. Jason and Bernie were impressed, expressing their admiration for the radiator heaters that weren’t new but seem to be a never-ending source of amazement to all on The Block.

Ling and Zing only heard the “coaster” part of Ronan’s wise words, and this week they hit cruise control once again. With a bit of tomfoolery and generous lashings of bro’ing down, the Ings built half-courts and bridges in Whangarei. It’s amazing what a good old fashioned sleeping bag race can do for morale, and before long Ling was back in the arms of his one true love/father figure.

The good vibes continued as the Ings won the Selfie Wall challenge – thanks to their innate knowledge of what appeals to children – and they left Whangarei the proud new owners of three outdoor heaters.

Sadly the brothers’ hopes and dreams remained north of the Brynderwyns as they returned to Auckland and a disastrous Room Reveal. Ling and Zing used their Do Over week to hang a mirror in the hallway and remove a fugly headboard from their spare room. Jason was so appalled by their efforts (or lack thereof) that he threw a massive tanty, walking out of judging and handing the boys a record breaking low score of 0.5 points.

Julia and Ali are tired. They’re just really over this whole opportunity of a lifetime and are keen to get back to Remuera for some good old caviar on toast.

The Twins continued to fulfill their contractual obligations this week. They sifted around Whangarei looking grumpy, fiddled with some lights in their Do Over room, withheld heaters from their nemeses, continued to not brush their hair and humbly compared themselves to famed Renaissance painter Michelangelo. Perhaps the twins snuck in some light reading while on one of their many spying missions?

I’ve grown used to Julia and Ali skulking around being underhanded and nasty, but this week they laid low and were quite frankly boring. In fact, the most interesting thing the twins produced this week was an epic eternal game of Paper Scissors Rock.

Even though it’s reminiscent of the Volturi (or perhaps because it is), I’m obsessed with Stacey’s rug-cum-cardigan get-up. It looks bloody cosy and I want to wear one from now until the day I die.

What was up with Julia and Ali busting out awkward dancing during room reveal? It was very off-brand and threw me into a spin.

These expressions all happened within one second of television.

Dear The Block NZ, pls get this little mate to replace Jason Bonham next season, thx.