RuPaul is in Aotearoa, kicking back in managed isolation to await the filming of an Australasian version of her hugely popular reality show Drag Race. But not everyone is happy about it, explains Eli Matthewson.

The world’s most famous drag queen, RuPaul, is in New Zealand, the government confirmed earlier this week – waiting around in managed isolation with suitcases of gowns.

An Australian/New Zealand edition of the multi-Emmy-winning Drag Race is about to be shot here, and while the excitement within my Twitter bubble is palpable, a peek outside shows a number of people believe RuPaul should sashay away from our MIQ facilities in favour of returning New Zealanders.

That anger does have a little justification – many of us have seen family members unable to return due to managed isolation facilities packing out. But choosing to target that rage at this particular exemption in particular… honey, your homophobia leaked out. It’s believed the series was originally going to be filmed in Sydney, but was shifted to Auckland after the recent Covid-19 outbreak in New South Wales. Our Covid-free status has made us an appealing prospect for many international productions and celebrities like Kate Winslet, Kirsten Dunst, Benedict Cumberbatch and Joseph Gordon-Levitt have all escaped the pandemic to film projects that have seen much larger crews come to our shores. One Netflix show has brought at least 90 international cast and crew – compared to just 16 who are here to shoot Drag Race.

It can be assumed most of that 16 is on-screen talent: RuPaul herself, a couple of other judges, and around 10 Australian queens, which means the production will be staffed locally. It’s rumoured that New Zealand talent will feature too, with Gay Express reporting that two local queens will join the Aussies on the show. So it will create dozens of jobs for New Zealanders, not to mention the economic boost of having the richest drag artist in the world staying at our hotels, drinking our coffee and eating at SPQR (not sure if that’s where Ru would dine, but if you spot him there please tweet at me immediately so I can casually walk past). 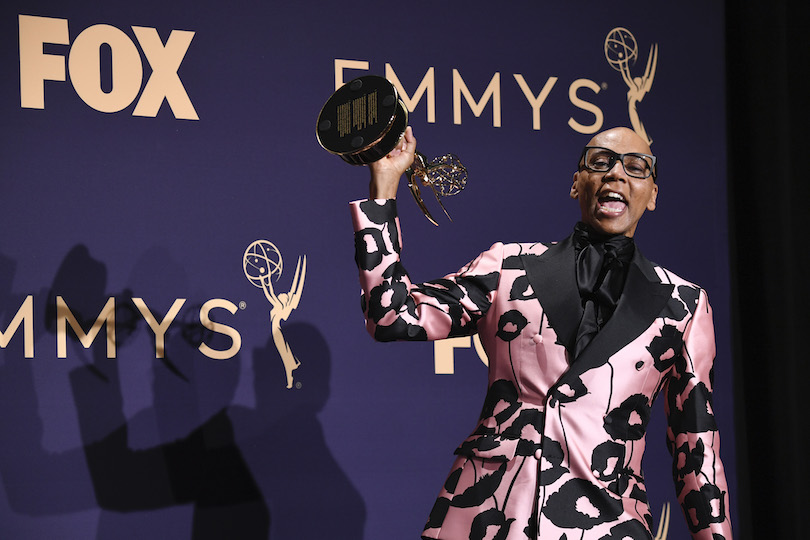 Commonly referred to as “the Olympics of drag”, participants of Drag Race experience some of the most gruelling challenges seen on reality TV, from designing clothes to writing and performing songs, learning dances, acting, doing stand-up and, in a few instances, designing hotel rooms. The twists and turns of each episode almost instantly become memes, and viewing parties at rowdy bars are commonplace in the US. Soon, our own local queens will be granted the massive exposure the show offers, and we, as fans, will be able to head to Family Bar and root for the Black Caps of drag as they take on Australians, and complain together as their rivals do whatever the drag equivalent of an underarm bowl is (steal their eyelash glue?).

It’s not as though it’s only film and television bringing international visitors into the country either. Cricket squads of at least 45 from Pakistan and the West Indies are among those who have gone through our facilities. And if you’re upset about RuPaul but don’t blink an eye at sports stars coming in, you need to know: RuPaul’s Drag Race is gay sport. In fact, sports fans, you might like it.

There’s so much to get excited about. We might see queens lip syncing to Lorde, Benee or, if my dreams come true, ‘Who Painted The Moon Black’ by Hayley Westenra. We’ll undoubtedly see a soap opera parody called Home and A-gay but could we also see Top or Bottom of The Lake, Outrageous Whoretune or The Luminqueeries? (That last one is a bit of a stretch, I know…) Will we see a Red Peak-inspired gown? Will Ashley Bloomfield guest judge? Will we see someone play Karen who wants her $20 for Snatch Game?

If your interest is piqued, you can warm up for the local version by watching the 13th American season on Netflix, the second UK season on TVNZ, or the sixth All-Star season coming soon, plus Canadian, Spanish and Dutch versions of the show that are all out or on their way. Or better yet, go and watch some local drag and get excited not just for the Kiwi queens on this inaugural season, but the many amazing drag artists who could get their work showcased on future seasons if we rally behind this one.

All this to say that, while it’s understandable to take issue with celebrities getting priority over New Zealand residents coming home, if this was the one that made you instantly want to hit the keyboard and complain…. go tuck yourself.