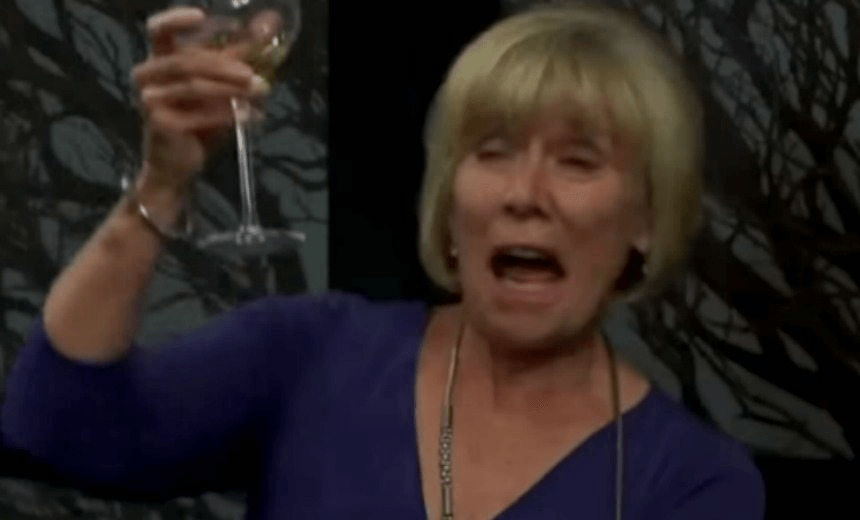 Important news: Shorty Street Scandal is back from the grave for one night only

James Mustapic of genius Youtube channel Shorty Street Scandal is coming out of retirement to do a live show at The Basement this weekend. He explains why.

After almost two years of watching every episode of Shortland Street at least twice a night, and recapping them on Youtube, I took a break. This Saturday 17th December at 8pm, I’ll be rising from the dead to recap the most exciting and bizarre moments of Shortland Street from the past few months.

Coming back to Shortland Street after a year off feels a lot like when you’d miss a day of school and you find out about all the drama you missed while you were away. Someone’s gotten pregnant, someone’s been pushed off a balcony, and someone has decided to become a rapper. And much like when you’d come back to school and everyone had moved desks, everyone in Shortland Street seems to have traded houses somehow (why the hell is Damo from IT flatting with Esther now?).

But in a weird way, everything is pretty much the same in Ferndale. Chris Warner still can’t work out how to use emojis, Damo from IT is still sleazy as hell, while Nicole and Vinnie still complain about having no money every single episode despite both being HOD’s of Shortland Street Hospital and owning the only good bar in Ferndale.

Much like me, Leanne Miller also took a break from the show, but has recently returned with a whole lot of scandal. Her husband fell overboard their cruise ship and Leanne has been accused of murdering him. She’s been using her new psychic abilities to find him which has been pretty incredible to watch.

Having a break from Shorty has made me love it even more, and I’m really excited about this show. There will be special guests (including Beth Allen who played Brooke Freeman), and I’ve got over two months of episodes to talk about. In short, the show will be absolutely full of scandal.