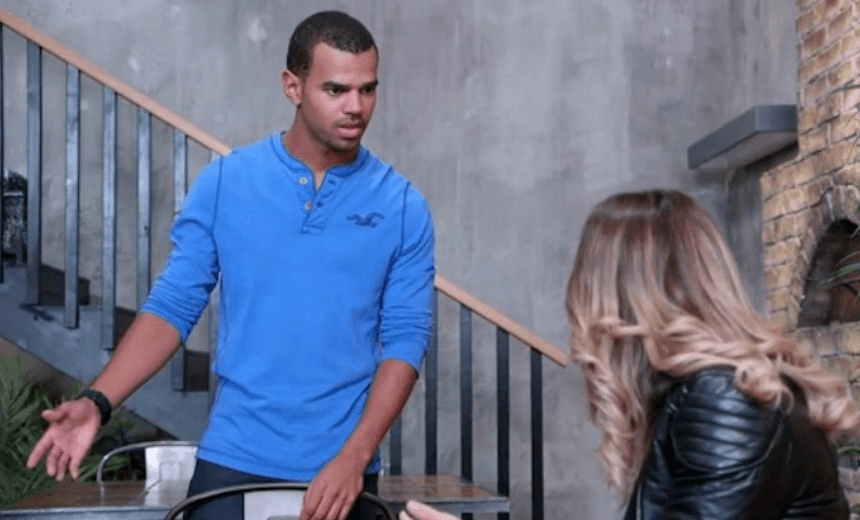 Shortland Street Power Rankings – Where did all the drama go?

If only every Shortland Street episode was filled with rambunctious pool parties and hysterical urine-drinking hijinks. Imagine the hilarity! Alas, the past week in Ferndale was a long, hard slog, where nothing much happened. Sure, Margaret wriggled out of whatever dark hole she’s been hiding in, and Ali wore a new blue shirt, but otherwise, life in Ferndale was slower than my dial-up modem c.1998.

To celebrate all things slow and dull, this week we delve deep into the dregs of Shortland Street: the lowlights, the almost-but-not-quite interesting bits, the lumps in the still-delicious gravy. Eat up kids, because even mediocrity is tasty.

Mo’s shocking news that Victoria is ‘with child’ (shudder) sent Marg scuttling back into her tiny retro caravan quicker than you could say “two faced thief”. Will Marg return to Ferndale to face her punishment, or spend her days running through the hills of Northland like a corrupt Maria from The Sound of Music? Either way, I’m keen to see what happens.

Finn got really mad. Then he got over it.

3) Boyd reads from a folder

Ferndale’s answer to Stephen Hawking had a busy week picking up folders and making loud ‘tsk’ noises. If that’s not five years at medical school well spent, I don’t know what is. When he ran out of reading material, Virginia got him more, because that’s why Fentidge pays her the big bucks.

She popped some pills but didn’t tell Chris and OH MY GOD DO WE NEED TO STAGE AN INTERVENTION?

Kylie’s had a miserable time lately. But instead of staying at home, bawling into a giant bag of Jaffas and wallowing in back-to-back episodes of Tipping Point like a regular person, she takes a job at the IV.

You know it’s bad when you’d rather take orders from bratface Michael than put up with TK’s annoying “you shouldn’t have killed Narelle” attitude. Give wallowing a try, Kyles. It’s more rewarding than it looks.

Run for your lives! Just jokes, this was a medical situation that George failed to sort out because he’s an inept, incompetent idiot. Stand down, everyone – the tomato sauce is safe.

8) Leo leaves without any sort of drama

Not entirely sure why Leo left. He spent four days threatening to expose George’s secret, but when I returned to the lounge after doing five minutes of star-jumps and burpees (read: standing in the pantry stuffing my face with chocolate biscuits) Leo had quietly packed his bags for Queenstown and departed without drama.

Poor Queenstown – is nowhere safe from that accent?