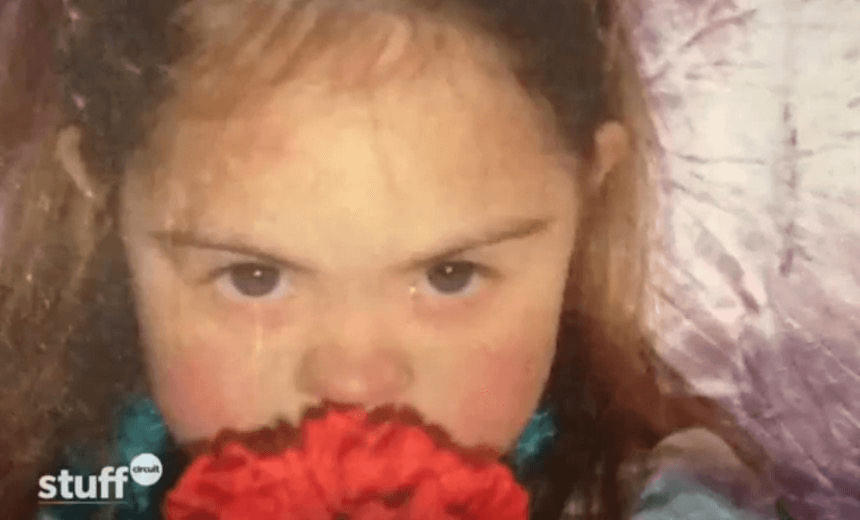 Two brilliant pieces of longform current affairs just showed up on Stuff within hours of each other. Duncan Greive looks at the work of Stuff Circuit, and asks why it is that we leave the production of this critical style of journalism largely to chance.

The year 2015 saw a great bloodletting at TV3, once a bastion of great current affairs on television, as the Campbell Live and 3D teams were sold off for scrap. Now the remnants of that era are scattered to the four winds. John Campbell is doing his impeccable thing over at RNZ. Mel Reid is working on a pair of unfunded documentaries. Sarah Hall has started up a business selling travel bags for dog lovers. A precious few remain at TV3, working on Story or The Nation.

And three of the shining lights are now at Fairfax, doing what they’ve always done in a new environment, as Stuff Circuit. Out of the blue, they just released two important and compelling stories on consecutive days.

The first, on Sunday, featured three of serial rapist Malcolm Rewa’s survivors telling their stories, with two asking for their name suppression to be lifted and speaking candidly about the ordeal they suffered at his hands. They spoke of their terror, the long years they waited for justice and their fury at Police’s seeming indifference to trying Rewa again for Susan Burdett’s murder. At the fact he could theoretically be out in two years.

One, Tracey Kearney, also floats the idea that Rewa might have been a Police informant, and describes assistant commissioner Malcolm Burgess laughing in her face when she asked him about it. It’s a chilling and troubling piece, which suggests our law enforcement might still be less interested in seeking justice in this particular case, than in keeping attention away from their own extraordinary failings within it.

The second story came out just after 5pm on Monday, and revealed that a 14-year-old girl with Down Syndrome died in mysterious circumstances at Gloriavale on June 4 last year. Prayer Ready choked to death on a piece of meat while in an isolation room with her mother and four other children. Despite frantic attempts to help her, she died. Remarkably, the coroner decided no inquest needed to be held.

The team behind both reports was Paula Penfold, Eugene Bingham and Toby Longbottom. Now they’re collectively known as Stuff Circuit – Fairfax’s video answer to the Boston Globe’s Spotlight team, which inspired the film of the same name that dramatised their reporting of the Catholic Church’s paedophile scandal.

A year ago those three reporters were at TV3, Indeed, the Gloriavale investigation began during their time there, with a now-defunct current affairs show. We know how that sorry little episode ended – with the show shut down, and both sides lawyering up.

Both these stories were clearly the product of endless hours spent reporting: Rewa’s victim’s had to apply to have their suppression orders lifted; Stuff Circuit were there for that. They went around the country, meeting these women, drawing their stories from them. For Prayer Ready’s story, ex-Gloriavale members, aunts to Prayer Ready, had to be located. Trust established. Interviews filmed. Gloriavale itself had to be assessed: they had to walk on, confront people, be marched off, though not without a skin-crawling confrontation with Hopeful Christian.

The latter is seen, in leaked handicam footage, saying “our life is about values”. Penfold’s voiceover interrupts: “a convicted sex offender, lecturing about morality”. Instantly, in that tight exchange, we’re at the core of The Problem with Gloriavale.

It’s a religious cult, run by a sex offender, which welcomes TVNZ’s cameras with open arms to make, in effect, propaganda films once a year. Yet when the ugliness and ignorance at its core is investigated, Penfold and her team are ordered off in a sinister and aggressive style.

The piece is both a triumph of journalism and an infuriating conundrum. Because, astonishingly, the ridiculous docos we see each winter are funded by you and I – Gloriavale: A Woman’s Place received $170,000 in NZ on Air funding – while Stuff Circuit is funded, in effect subsidised, by Fairfax itself.

That seems deeply screwed up to me. It means that the only reason we even know about what happened to Prayer Ready is because someone at Fairfax did something economically irrational – the story, the product of months of hard work, is not among the site’s 10 most-read this morning, and cannot hope to recoup the costs of its construction by any conventional accounting.

(It’s also bizarre that television, which has what little investigative reporting heavily supported by public money, continues to back away from the area, while what we formerly called print remains committed to it, despite the revenue horror movie the likes of the Herald and Stuff are living through.)

More worryingly, if you think investigative journalism matters, are the prospects for getting Stuff Circuit some of the kind of funding which 3D Investigates enjoyed at TV3 last year. Even though these are the same people doing the exact same job. But because these two stories came out of an investigative unit within 24 hours of one another, they really don’t fit the programme-driven paradigm which mostly dictates NZ on Air funding. Aside from RNZ, this has been essentially the only way journalism has been able to sneak into the public funding sheet: by dressing itself up as something else, and contorting itself to a programme or documentary-like posture.

That’s not the way the form is practised in the wild. Certainly not at the extraordinarily dexterous level at which the likes of Stuff Circuit do – or the Herald Investigations team led by Jared Savage, or Mike White, Rebecca Macfie and Donna Chisholm at Bauer. These outstanding senior journalists all follow stories where they lead, and publish them when they’re ready.

There are dozens of reporters capable of this kind of important work. But there aren’t hundreds. And there are fewer working with each passing year. And while I seem to write about the way we fund our media on what feels like a weekly basis at the moment, it does feel like one of the most pressing issues of our time. Because this stuff really matters – it’s a critical mechanism we have for checking that our society is operating as it should.

We only know about continued police reluctance in trying Malcolm Rewa for Susan Burdett’s murder, and of the troubling circumstances of Prayer Ready’s death, because of what amounts to an accident. If Fairfax hadn’t made the decision to fund this team at the start of the year, these stories would likely have fallen away. The thought terrifies me – not just of those stories coming to light, but of all the important stories going untold now, and those that will never be told in the future.

NZ on Air wasn’t birthed to fund journalism. When it was founded, the profession was wildly profitable thanks to the various types of advertising which sat around it. Yet here we are, with our broadcasting funding organisation grappling with a very different era, and essentially the only people with a budget capable of ensuring these kind of stories get told.

In my conversations with the likes of Jane Wrightson, David Ridler and Brenda Leeuwenberg at NZ On Air, I’ve got the strong sense they really do care about this stuff, and want to help. They are in an invidious position, with many competing industries lobbying for help, each with compelling cases. Neither they nor their organisation asked to be in that position – yet thanks to the same confluence of circumstances which has brought journalism to its knees, here we are.

It’s not a great place. But it is a great opportunity. And, thanks to the precedent set with funding for The Nation, Q&A, Sunday, 3D Investigates and more, we know NZ on Air is willing to fund journalism under particular circumstances. Those still seem too narrow, and too skewed in favour of the TV channels which appear broadly indifferent toward journalism’s more complicated tributaries. And it has become increasingly antique to draw a distinction between text, audio and video, when most of us just call it content now.

This precarious moment has come along faster than we ever thought, thanks to a combination of forces including Facebook, TradeMe, Apple and Mark Weldon. But it’s here, and we all must play the hand we’ve been dealt.

It’s for this reason I think it’s long past time that, as a nation, we asked ourselves a fairly simple question: if it’s important enough to our national identity that we fund storytelling like Filthy Rich, is it not also important that we find a way to better fund journalism of all stripes too?

Read Eugene Bingham’s account of the end of 3D here.