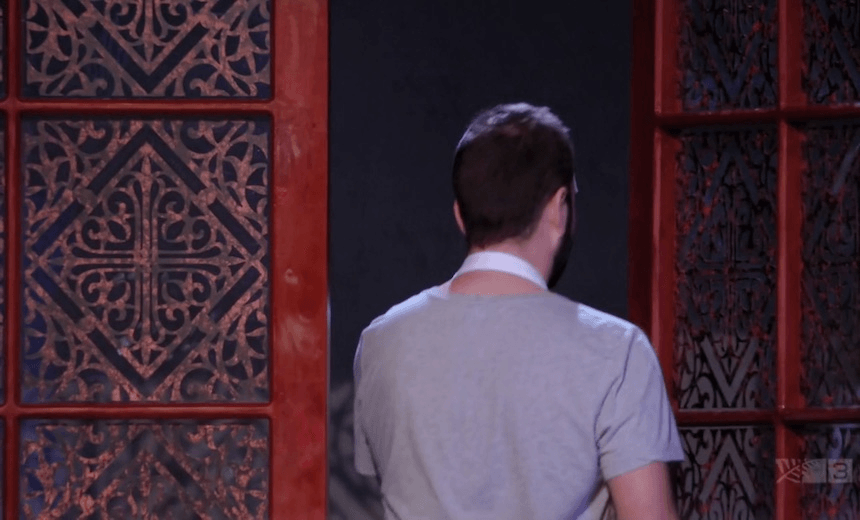 Television: Counting Down the 50 Best New Zealand TV Moments of the Year (#30-21)

The third in our week-long series, counting down the greatest New Zealand television moments of the year. Click here to catch up on the first and second instalments. Contributions by Alex Casey and Calum Henderson.

30) Ben turns his back on Masterchef

The biggest moment on Masterchef NZ this year was when Ben Sheehan dropped the competition faster than a poached pear, and high-tailed it out of Masterchef HQ of his own volition. He shared with trusty friends The Spinoff a little more about his experience: “Being on the MasterChef show taught me that I simply didn’t want to devote my career to something I regarded as a hobby. So I stood up in front of my mates Al, Josh and Mark, and told them I wasn’t particularly keen to keep cooking them dinner. And walked out.” The Jerry Maguire of cooking contests.  / AC

Things seemed to go particularly bonkers during this year’s radio survey period, with The Edge marrying off a couple of strangers, ZM’s Polly and Grant splitting up, and The Rock’s Jono and Ben sailing across Lake Taupo on an inflatable bouncy castle. Highlights from the strangely uneventful voyage were later shown on Jono and Ben but were overshadowed by the show’s expensive special guest Justin Bieber. / CH

Earlier this year Breakfast featured a touching viral video of an HIV-positive man standing with eyes closed and arms outstretched in a local park, a sign at his side asking members of the public to touch him. As people start hugging him, tears roll down his face. Cut back to the studio: Ali Pugh is left moved and Rawdon confused. Here comes his big takeaway from the powerful message about HIV acceptance, “is he… blind?” / AC

Meowser stole the whole show on Matilda’s single date with Art to the Fountain Gardens. Coyly approaching them, Art and Matilda were lured in by Meowser’s cute playfulness. Little did they know that he would soon be all spread legs and suggestive positions next to them, ruining (or perhaps enhancing) the romantic vibes completely. He even got his own story out of it. Meowser could well have a future in television, I’m still holding out for The Cat-chelor in 2016. / AC

In her usual spiel pushing for nonsensically expensive Dancing With the Stars NZ votes, Sharyn Casey missed a crucial letter and ended up saying something rather rude.  / AC

Shortland Street welcomed new life into Ferndale with the arrival of Bella’s daughter Stevie, but not before a flatulent false alarm. The former receptionist was rushed to hospital experiencing what she thought was contractions, but just like the Louie episode, it turned out to just be a grand symphonic fart – the second biggest one on New Zealand TV this year. / CH

On a one on one date, Art Green plucked two romantic sundaes from Ye Olde Inexplicable Ice-Cream cart, which was all fine until Kristy’s jawdropping misstep. She genuinely thought that Black Doris was not the flavour of the ice-cream she was eating, but the name of the woman who made the ice-cream… / AC

It feels like Paul Henry has been part of the morning TV landscape since the beginning of time, but it was only earlier this year that the show was a fledgling multi-platform broadcast experience still finding its feet. As Spy’s Ricardo Simich reported, it was briefly outrated by Sesame Street, which led to this classic clip where Henry mistakenly slams “that stupid guy” John Drinnan for a story he never read because he got distracted by Maria Tutaia in her undies. / CH

Did anyone on TV this year have a more singular vision than Hayden from The Block NZ? He laid it out in the very first episode with his plans for a NWA-inspired black feature wall, and things just spiralled from there. His and Jamie’s all-black master bedroom was extremely poorly-received by the judges, but undeterred they signed off with the ultimate statement of defiance: a graffiti splashback in the kitchen bearing the slogan ‘BE BOLD’. / CH

Live and in-person there were two highlights of the long and often boring New Zealand Music Awards ceremony: Taika Waititi’s crack-up hosting and the stirring haka led by Maori language award winner Ranea Aperehama in tribute to Jonah Lomu. On telly, though, Waititi’s performance seemingly failed to connect, while the Maori language award was cut for an ad break, leading to an awkward stand-off when the broadcast returned to the presenters mid-haka. / CH