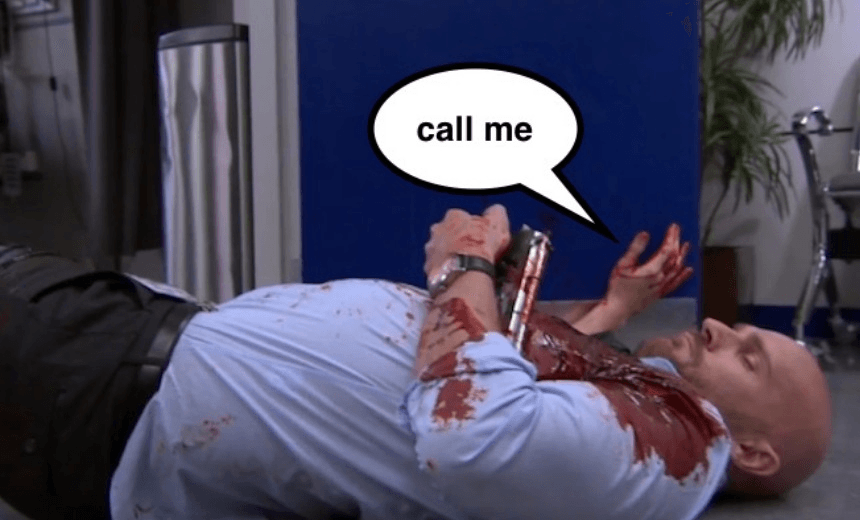 It’s been four long weeks since the Shortland Street Christmas cliffhanger. When the automatic doors of our favourite state-funded hospital closed last December, we witnessed scenes of great drama and terror. Drew lay dying on the floor, shot for a lucky third time by a mysterious blue hand. Margaret stole a cool $100,000 and prepared to disappear to the same place her imaginary sutures. Mo and Santa wrestled with Gareth over whose turn it was to shoot the gun, whilst CEO Rachel put her specialist AOS training to good use in managing hostage negotiations from the car park. (Rachel McKenna is a shining example of well invested taxpayer dollars, let me tell you).

What will tonight’s return episode bring? Who will survive the café rampage? Will Harper invoice Dayna for the full cost of SOL3 MIO? Will TK ever return from wherever the hell he keeps disappearing to? Who knows, who cares. As we prepare to welcome Shortland Street back to our screens with a joy akin to the discovery of new antibiotic, here are my top ten predictions for tonight’s return episode.

10) Boyd is critically injured by a deceptively sharp piece of chocolate cake, which ricochets into his femoral artery as he protects baby Stevie from being coated in dairy and gluten.

9) Furious at being stood up on her wedding day, Harper goes the full Miss Havisham and vows to never take her wedding dress off.

8) Drew survives, because he has a heart of stone plus WHAT WOULD THE LADIES OF FERNDALE DO WITHOUT HIM.

6) Wedding singers SOL3 MIO are so disgusted by Dana and George’s freeloader nuptials that they are unable to ever sing together again. TRUE STORY.

5) George convinces Chris Warner to grow his hair into a man-bun.

4) Virginia moves in with Drew to nurse him back to full health, mostly so she can give him sponge baths and nick his Temazepam.

3) Damo comes out of his cupboard and wonders what all the fuss is about.

2) Victoria is revealed as Drew’s mystery assassin. Nothing will stand in her way of defending her title as the 2015 Champion of the Shortland Street Fun Run for the Hungry Children of Ferndale and/or The World™

1) After word spreads that the hospital café is closed, look who bloody well returns from the dead with a trolley filled with giant muffins.