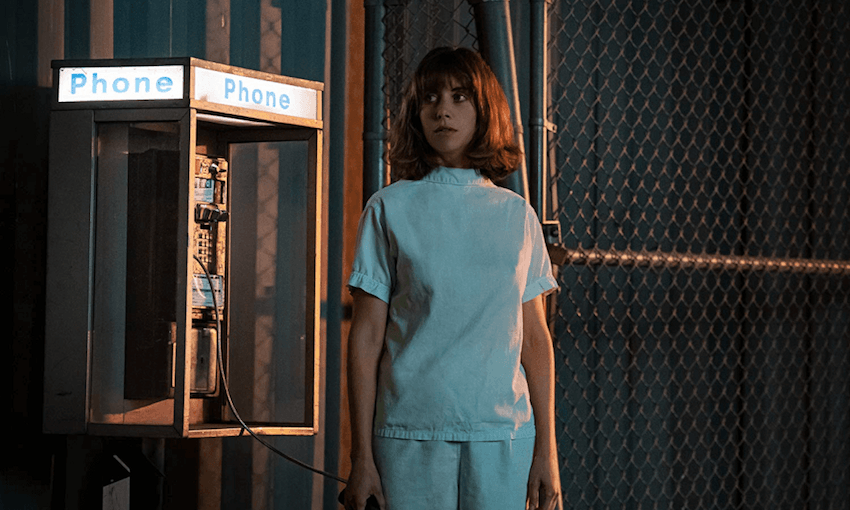 Review: I didn’t fully understand Netflix’s Horse Girl but I loved it all the same

There was a horse girl in every primary school classroom. The one with ballet flats and low ponytails and books covered in pony-themed duraseal. They probably galloped everywhere instead of walking like everyone else and spent their lunchtimes by themselves leaning against a classroom wall drawing horses on their exercise books.

The horse girl has been a subject of torment for years, now synonymous with any school-aged girl with a bossiness complex, no friends, and the audacity to not care at all about any of it.

Horse Girl is about one of those people, now all grown-up. Sarah is played by Alison Brie (Community, Mad Men) and begins the film suffering from a pretty bad case of loneliness. On her birthday she tells her colleague she’s planning to “go out with some friends from Zumba”, but after spending her Zumba class trying to catch the eye of the others, it’s evident she’s a bit more lonely than she’s letting on.

Soon after, when she begins to sleepwalk, Sarah consults her stepfather about what age ‘weird things’ started happening to her grandmother, and a particularly concerning family history of mental illness is uncovered.

A staccato beat for a soundtrack is an almost dizzying accompaniment to her psychotic episodes, like a heartbeat that’s fallen out of rhythm. It sets the perfect tone for the mental torment Sarah is experiencing and provides a way to distinguish real from fake for the first two acts of the film.

In the first two acts, I found myself really feeling for Sarah and the people around her as she spirals further from reality. Her roommate encourages her to start seeing a boy while also dealing with Sarah’s sleepwalking and psychotic episodes. While her workmate, played by Molly Shannon, seems to be the only person who actually cares about Sarah, comforting her when she wanders naked into the fabric store where they work.

The only parts of the film that exist outside of Sarah’s perspective are at the very beginning and at the end, making it almost impossible to distinguish what’s real from what’s not.

The last half hour exists in one of Sarah’s delusions, and while the cinematography is beautiful, the sequence of dreamlike visions felt to me like they were 15 minutes too long. Because Sarah’s perception of time is so warped, it leaves the film up for a lot of interpretation and there’s been widespread discussion of this on Reddit. If you’re into wild theories, the r/horsegirlfilm/ thread covers everything from the prominence of circle motifs to the disordered timeline.

Some people will love this film, such as those with an eye for the strange and a strong ability to suspend their disbelief. Others may get tired or frustrated not knowing what’s real and what’s fake. The ending isn’t happy, nor is it particularly sad. With Sarah as the narrator it’s up to the viewer to decide what’s real or fake down to the final shot. But what’s certain is it will leave you with a lot of questions about what reality really is.

It’s also a really interesting look at mental illness portrayal that mainstream film doesn’t usually delve into in this way. It’s easy to see why Horse Girl was a Sundance selection, and hopefully, it’s one that Netflix watchers will give a chance.

Who will enjoy it? Anyone who likes a challenging watch that leaves questions unanswered. This film is going to leave you with a lot to process and allows you to come to your own conclusions about Sarah’s reality.

You can watch Horse Girl on Netflix now.