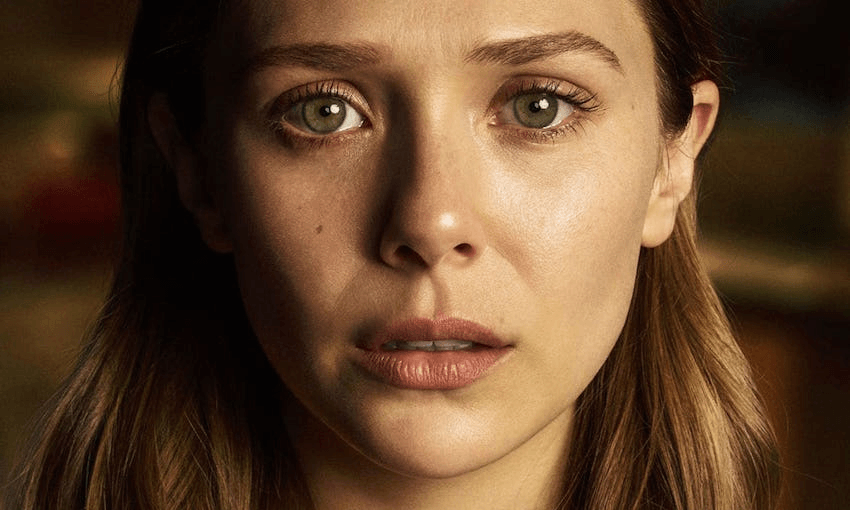 Review: Sorry For Your Loss is a heartfelt glossary of grief

The new drama from Facebook Watch (yes, that’s a thing) is the small screen’s most delicately rendered and thoughtful tackling of grief since Six Feet Under, writes Sam Brooks.

Grief is like a snowflake made of shit – every experience is unique and unpleasant in its own way. When someone dies, the grief radiates outwards from that person, manifesting in completely different ways for everyone involved. Some people fall apart, some people pull together and some people turn off entirely, like they do in response to any trauma.

A lot of art tries to tackle grief because it is that single universal experience, and it’s a high stakes one. It gives characters licence to do almost anything under the sun. There’s a reason why so many plays are set in the aftermath of a funerals – it’s one of the only socially acceptable places to air all your grievances outside of a comedy roast (idea for aspiring playwrights: set more shows at comedy roasts).

Unfortunately, the reality of grief isn’t like the fiction. There’s no explosive revelation and no unearthing of secrets buried underneath the suburban floorboards, and so art that tries to engage with grief like it’s a soap opera ultimately fails. Facebook Watch’s Sorry For Your Loss engages with grief like people engage with it – it’s messy, it’s repetitive, sometimes it’s flat-out boring.

The brilliance of Kit Steinkellner’s Sorry For Your Loss is how it captures how grief radiates out, in the most insidious and lingering ways. For Leigh (a caustically magnetic Elizabeth Olsen), it manifests in a complete lowering of her social graces. After the suicide of her husband Matt (Mamoudou Athie), Leigh is visibly tired, ‘mad all the time’ and has absolutely no time for anybody else’s condescension. She wanders through the aftermath of her husband’s death like someone who’s gone to the supermarket knowing what they have to buy, but not mustering up the will to get to the checkout. Leigh is supported by her mother Amy (Janet McTeer), a hippie-type who owns a gym, and her sister Jules (Kelly Marie Tran), a recovering alcoholic who nevertheless seems to keeping it together better than anybody expects.

While Sorry For Your Loss is rooted largely in the present, there’s the occasional flashback to Leigh and Matt’s married life, often triggered by things as simple as Leigh walking back into their bedroom, or picking up an ordinary possession that now seems to hold a huge significance to both Matt’s life and death. These flashbacks are essential to the show’s success – they’re the main way we get a sense of what Leigh, and her family, actually lost when they lost Matt. When we’re suddenly thrust back into the present, we feel the loss that Leigh feels, and the visuals desaturate and declutter accordingly. Leigh’s life is literally less colourful and less full without Matt.

Olsen makes good on the promise she showed in indie movies like Martha Marcy May Marlene and last year’s Ingrid Goes West with a performance that plays on her beautifully vacant face. She gets across the sense that Leigh is forcing herself into a place of emotional stasis in order to keep herself breathing from moment to moment. It makes the few beats where she does lash out ring with emotion. When she finally exhales – not says, but truly, really exhales – “I’m just mad all the time“, it’s a shocker not just because that’s a genuine thing that people in the depth of grief feel, but because it feels like the first time she’s said anything about what she’s going through that isn’t an instinctive deflection. Sorry For Your Loss peppers moments like this throughout its ten episodes, and it’s a huge credit to Olsen that she rises to what the show has given her. She stitches a strong through-line between Leigh before her husband’s death, and the Leigh that is left in the aftermath. They’re the same women, but irrevocably changed and traumatised.

The rest of the cast is doing solid work as well. Kelly Marie Tran, likely best known to you from The Last Jedi, is in a role that in a lesser series would be the comic relief: the recovering alcoholic. Tran plays Jules as someone is just as much in flux as Leigh. She’s not sure what she’s supposed to feel about her grief for her brother-in-law, and at the same time she’s having to deal with the depressingly low bar her family has set for her to be a success. Behind every jab and zinger, there’s a little bit of pain – the pain of a younger sister having to justify her place and worth in a family who have never had to question theirs.

Even better is Janet McTeer, playing a character that should play like a joke: the vision board-wielding Amy. McTeer’s a legend of stage and screen who can spin gold from straw (like she did in this year’s messy season of Jessica Jones), and here she provides a breath of fresh air whenever she’s onscreen. She’s able to give the sense of somebody turning the tap off on their own grief while helping everybody else through their own, and doing so in a way that’s actually healthy. Even more impressive is that she is able, with limited screentime, to provide a wealth of backstory for Amy with mere gestures and line-readings. I could watch the way she waves off her ex-husband trying to hug her goodbye about a million times. With just one movement of the hand she conveys the way this woman loves (or once loved) this man, but right now doesn’t have any space for his particular bullshit, thanks. Especially for an actor who is so often fighting less-than-stellar material, it’s a joy to watch her enhance material that’s already serving her well.

But the main success of Sorry For Your Loss is the writing, which feels lived in and entirely authentic. Aside from some slightly awkward exposition early on, Sorry For Your Loss has an almost documentary feel of watching someone grieve. One, the characters feel like they’ve actually existed together before the cameras started rolling; and two, the show feels like the experience of someone who knows what it’s like to grieve, and to observe somebody else going through the same thing. The show is very clear that grieving is not a process with a list of boxes to tick off; it’s an ever-changing process that requires constant, careful management from all involved.

This is best exemplified at the end of the third episode, when Leigh meets a young woman around her age at her widows’ bereavement group. Because this is a show about grief, she hates the group, and this woman in particular is awful – she reads out a sickly, heartfelt letter from her husband that leaves everybody in tears. She keeps trying to make friends with Leigh, and is brusquely brushed off, right up until the end of the episode, whn they’re both having a massage at the gym where Leigh works.

The woman opens up about her speech – it turns out it was written by her husband after her divorce, and the reason why she’s being so positive is because ‘people like me better that way’. It’s a crushing, honest, and real thing, and one I haven’t heard a TV show express. The hard thing about grief isn’t just losing the person, it’s the expectations of the people and the society around you. The episode ends with the two of them getting a massage, and this woman finally starts to cry big, ugly, guttural tears. Leigh reaches out to her and takes her hand. She doesn’t know her experience, but she can at least help her through it.

There are three universal things in this world. Two of them are birth and death. The third one is grief, and it’s the one we get to experience most with other people, with some kind of understanding of what we’re going through.

The thing about grief is that there’s no easy answer, no happy bow, and no clear resolution to it. Grief doesn’t end, it just shifts. You don’t get answers to the questions you never asked when you had the chance, and you don’t even get answers to the questions that you did ask. Your existence shifts to accommodate the chunks that grief took out of it. Sorry For Your Loss understands that better than any television show I’ve ever seen, and the way that it gives weight and gravitas to the myriad ways in which that process can take form is worth a lot of praise, significant audience, and honestly, gratitude. Art fucks up grief in so many ways, hell, people fuck up grief in so many ways, and it’s a blessing to see a show do it right.

You can watch all ten episodes of Sorry For Your Loss on Facebook Watch right here.