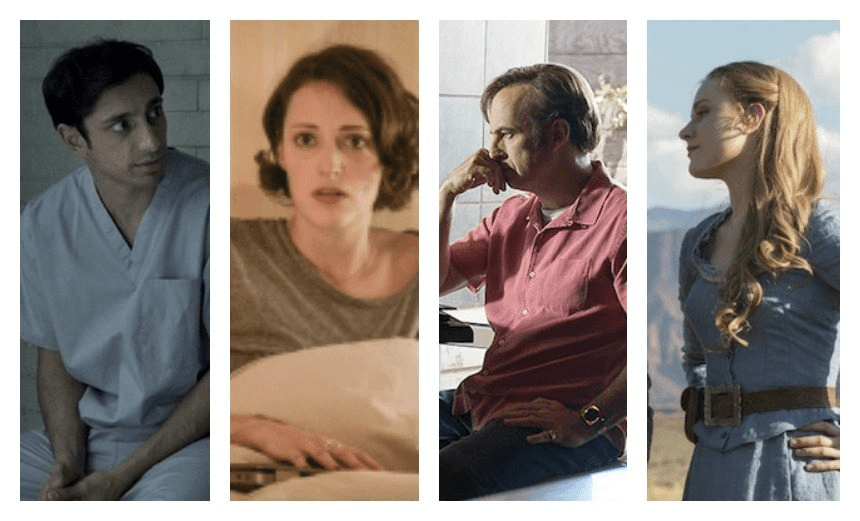 In his final Monitor column for the year, critic Aaron Yap lists his 10 favourite shows from 2016.

In hindsight, there’s so much that irks me about this ‘80s sci-fi-horror pastiche. The all-surface, no-subtext aping of the movies it’s influenced by. The instant-cult memefication spawned in the wake of its popularity. Winona Ryder doing a bad Grace Zabriskie impression. But you know what? Nostalgia is a powerful thing, and I’ll admit to bingeing its eight episodes in one sitting. If you need to relive your inner ‘80s child, there are definitely worse ways to do that than watching these goofy BMX-riding kids and their telekinetic pal wrestling with inter-dimensional entities.

If HBO needed a new hype-cow to fill the void soon to be left by the impending conclusion of Game of Thrones, then they couldn’t have found a better replacement in this sleek update of Michael Crichton’s 1973 sci-fi flick Westworld. This first season was far from a home-run – there was too much narrative stalling simply to preserve mystery. But the theme-park robot premise was sufficiently hooky and timely, imagined with an admirably obscene grandness of vision that HBO once cornered in the market. The core cast – Anthony Hopkins, Evan Rachel Wood, Jeffrey Wright, Thandie Newton – were always a pleasure to watch.

HBO’s other buzzy remake of the year, of the lesser-known but also excellent BBC series Criminal Justice, didn’t exactly inspire True Detective-levels of chatter. But those who tuned in were treated to an ambitious, sprawling expansion of its source that shifted seamlessly between gripping whodunit, offbeat character study, detailed court procedural and textured urban portrait. Featuring a career-best performance from John Turturro as an eczema-suffering solicitor, The Night of was the most epic, exquisitely crafted version of Law and Order you could possibly imagine.

Seemingly materialising out of nowhere, Phoebe Waller-Bridge’s adaptation of her one-woman play delights with the kind of giddily candid feminist irreverence that made Broad City so memorable in its first season. Both as a writer and an actress, Waller-Bridge’s work is exceptional enough that it managed to chip away at my aversion to fourth-wall breaking narration – a storytelling device that’s all over this show. Fearlessly barbed one minute, absolutely poignant the next, Fleabag’s chronicle of the modern twentysomething London woman is a perfectly pitch-black companion to the too-real anti-rom-comedy of You’re the Worst and Catastrophe.

Unburdened from matching the expectations raised by the show it spun off from, Better Call Saul finally came to its own in season two. Bob Odenkirk’s delicately etched evolution from Jimmy McGill to Saul Goodman unfolded at an even more unhurried pace – it’s clear we’re not in the space of a pulse-quickening thriller. But its character-driven rewards were thrilling enough: the gradual crystallization of McGill’s alter ego, the deepening emotional nuances of his complicated bond with calculating elder brother Chuck (Michael McKean) and lawyer-love interest Kim Wexler (Rhea Seehorn). The latter provided some of those most moving, crushingly romantic scenes on TV this year.

The only show that rivaled Better Call Saul for low-key sweetness, this gem from MacKenzie Crook unearths mundane, bucolic beauty from its story about a pair of treasure-hunting hobbyists combing the paddocks of North Essex in the hope of finding gold. Andy (Crook) and Lance (Toby Jones) may be eccentrics operating far from the mainstream, but Detectorists never mocks them. Their endeavours, however quirky, are imbued with a beaming, hopeful sense of sincerity. Wistful, droll and heartwarming, season one is a flawless, folksy, miniaturist masterpiece.

Completely unlike any show to come out this year, Louis C.K.’s web series – which dropped on his site with zero promotion – drew upon a vintage “filmed theatre” style that broke away from peak TV’s cinema-aspiring trends. It didn’t resemble his beloved Louie at all, but C.K.’s desire to experiment and upend conventions made for a challenging, unpredictable, and ultimately invigorating watch. The distinguished ensemble, including Steve Buscemi, Alan Alda and Edie Falco, helped sell the talky material, which sometimes played like Cheers remade by Mike Leigh. Laurie Metcalf’s performance in episode three is an all-timer.

If you’re an action/pulp junkie, Banshee is The Fix you’re probably not getting from the big screen. Season three is truly an astonishing, gob-smacking piece of work that somehow continued to top itself as it went along. Three great formidable villains, varied, inventive action set-pieces – including, seriously, the greatest fight scene ever conceived for TV – and raised emotional stakes made the dicey exploits of jewel-thief-turned-sheriff Lucas Hood (Kiwi actor Antony Starr) a consistently hair-raising, addictive jolt to the senses. I’m a Fanshee for life.

The spy genre has rarely felt so grounded as it does on Joe Weisberg and Joel Fields’ meticulously written and directed show, now four seasons deep and stronger than ever. The way they’re able to subtly balance the intimate domestics of parenthood and marriage alongside espionage tropes and probing questions of national identity is key to its effectiveness. Philip and Elizabeth Jennings remain TV’s most fascinating, dramatically compelling couple, and needless to say, there would be no show without Matthew Rhys and Keri Russell’s marvellously stormy – and steamy – chemistry.

An austere, cool-headed art flick at its core, this remake of Steven Soderbergh’s underrated 2009 movie might be the trickiest show to parse this year. It’s as unrepentantly ambiguous and bracingly enigmatic as its main character, Christine Reade (a remarkably committed Riley Keough), an intern at a law firm who decides to enter the business of “transactional relationships”. Part corporate thriller, part psychodrama, part head-trip experiment, The Girlfriend Experience is television as Rorschach test, uncompromising and electrifying in its utter refusal to offer exposition. And more than any other show this year, it’s lingered in the back of my mind like a strange dream waiting to be revisited.