Tara Ward hands out her first impression roses as she dives deep into the sea of single men vying to win The Bachelorette NZ’s heart.

While the world burns in a searing fireball of unpredictability, we can take comfort in the fact that some things never change. The heart still yearns, our loins continue to burn, and a confident woman still wants to find true love by dating several boyfriends at once and recording it for our entertainment.

That’s right, my lovesick cherubs, The Bachelorette NZ is back for 2021, and new bachelorette Lexie Brown wants a man to join her on intrepid journeys. She’s about to meet 18 lads ready for love, but are they intrepid? Do they like journeys? While these burning questions gnaw away at our stomach linings until Monday 1 February, we’ve power-ranked these brave bachelors based only on their TVNZ publicity profiles. It means nothing, unless I’m correct about who Lexie ends up with, and then like a clifftop proposal with a 2.5 carat solitaire diamond ring in 14 carat white gold by Michael Hill Jeweller, it means everything. Aidan describes himself as a “dabbling entrepreneur” with “his hands in many pies”. Now, I like pies and I like hands, so it kills me to put Aidan at #18. However, someone has to kick things off, and if it all goes pear-shaped/pie-shaped then Aidan is my #1 pick for Pastry Week on Great Kiwi Bake Off. All Dunedin Dave wants is a “warm soul who finds me as funny as I find myself”. Spell those wise words out in rose petals and glue them on a tiny square of paper and then send it to the postbox of your heart, because isn’t that what we all want in this cold, hard world? ISN’T IT? Itay is both an electrical engineer and a comedian, which means there should be SPARKS FLYING and A FUNNY CONNECTION when he meets Lexie. Rather than love languages, Itay prefers a single love vowel, the often misunderstood and unfairly maligned ‘u’. As in, “wull u uccept thus ruse?” U know it. 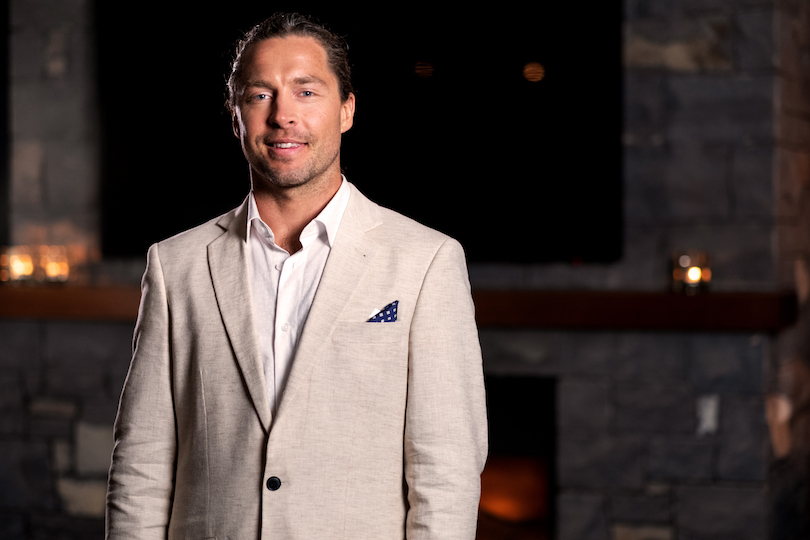 After travelling the world for the past decade, Josef signed up to The Bachelorette on a whim. He tried to watch last season, but “I got four episodes in, and that was enough”. Josef, Josef, Josef. Let’s hope he makes it past episode four in 2021. 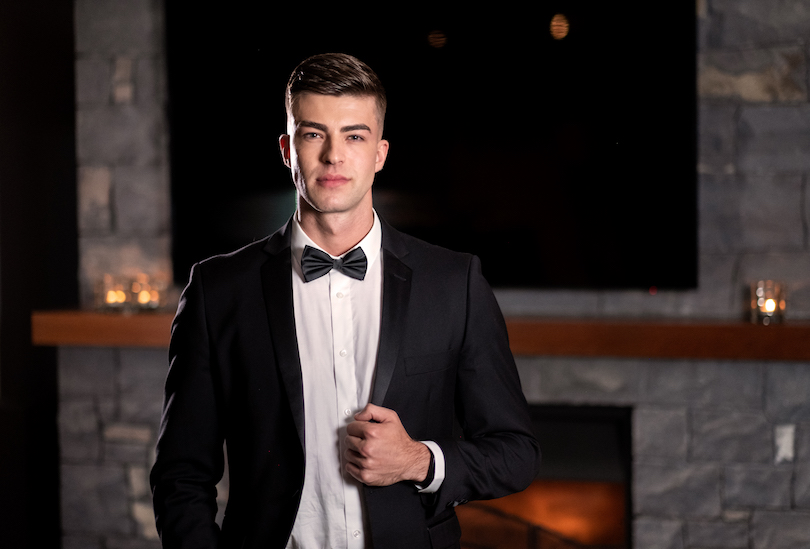 Everything about Alexandre gives off an air of cosmopolitan mystery, in the same way that I always admired those margarine sculptures at Valentines yet have never been able to recreate them in the sweaty confines of my own home. Alexandre appeared on Heartbreak Island and his favourite meal is lobster with langoustines, a food I thought was made up until I cranked open the world wide web to discover it’s a delicious Norwegian crustacean. He also has three passports, which is impressive, but still three more than any of us need right now. Passport to love? The borders are OPEN. Call 111 because I think Paul is actually Michael the Kumara Farmer from last year, masquerading as an international chef whose plan to open a New York restaurant was ruined by Covid-19. Just jokes, you guys. Never call 111 unless it’s a real emergency. 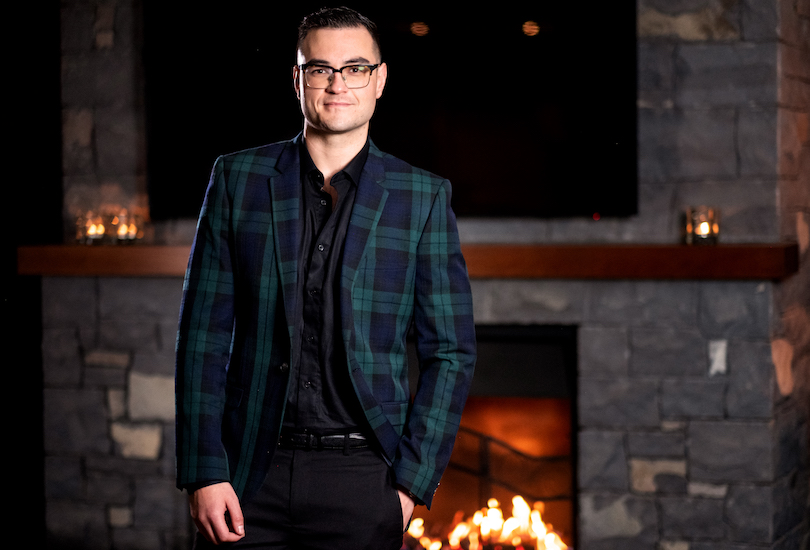 Apparently the Auckland musician is planning to serenade the Bachelorette on the red carpet. Will he be the first reality contestant to bust out the recorder on national television? You know you want to see it. Scorpio Jake is the brother of former Bachelorette contender Quinn. Scorpios are known for their determination, loyalty, and ability to progress to the mid-to-final rounds of reality dating shows. I guess you can’t argue with science. Josh wants to be known as “a good dude”, but I want him to be known as the bachelor whose name starts with J but is not Jake, Jack, Jarrod, Josef or Dave. He’s also the only contestant to go for the side on, arms folded pose in publicity photos, which is the sort of individualism that goes a long way in this competition. 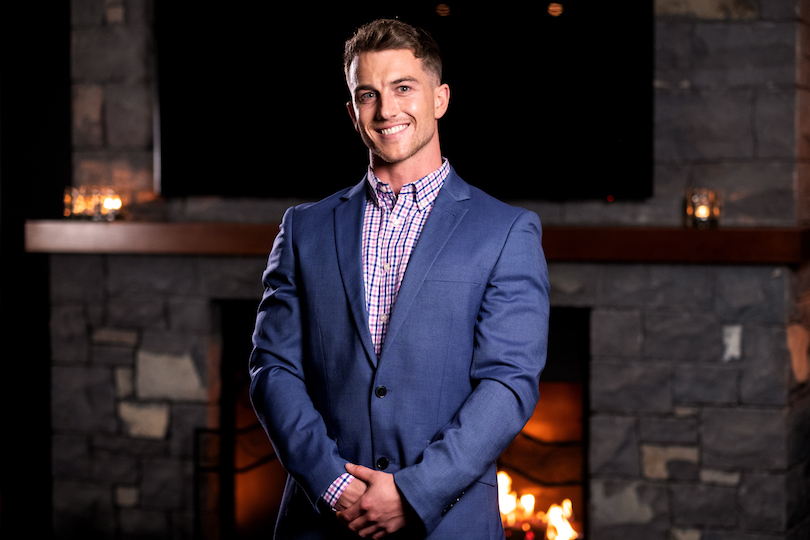 After watching every NZ season of The Bachelor and The Bachelorette, Bradden will know being shat on by a koala can lead to great things. On the other hand, the Auckland physio thinks Wagon Wheel is “an absolute tune”, even though the song is mostly popular among Norwegian crustaceans. Is this the sort of quandary the Bachelorette has to deal with? I feel torn. 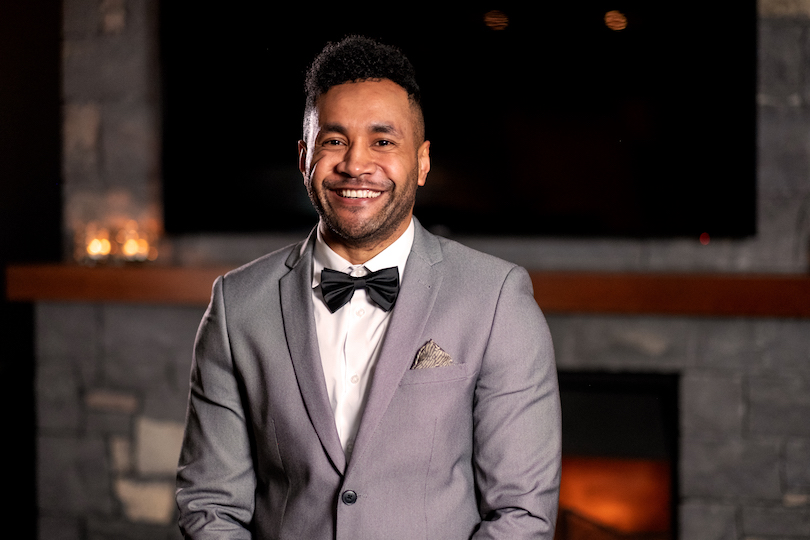 That smile, that bow tie, that pocket triangle *chef’s kiss*. Ben’s a nurse from Dunedin, which in an amazing coincidence was just named (by me) as 2021’s Official City of the Pocket Triangle. Congratulations to you both, we look forward to more exciting hanky formations in the weeks to come. 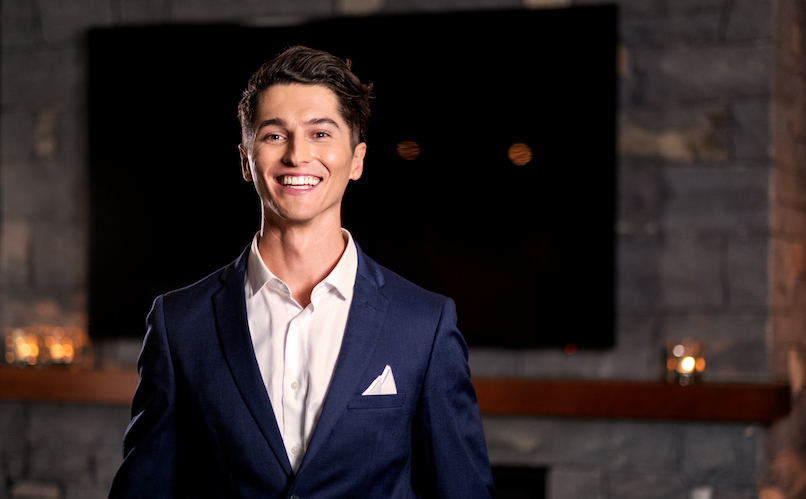 Jack seems like a nice guy, and you know where nice guys end up? In a fine pair of drop crotch pants having a pash on top of a big hill. The Bachelorette NZ wants us to think these men are different people, but they are not, and this is the hill — or perhaps the tiny heart-shaped nodule — that I am prepared to die on. Todd claims to be from somewhere called “Australia” and Zach was born in “America”, but if you squint and tilt your head to the left, you will see they both have dark hair and fancy suits. Case closed, your honour. Matt’s never seen an episode of The Bachelor franchise before, so we wish him well. May his walls fall down easily, may his heart open without making any loud noises, and may the force of a thousand thirsty bachelors and a million rose ceremonies be with him on this intrepid journey. You know who got us through 2020? This guy. The financial analyst helped create financial models for the Covid-19 isolation facilities, and one day he wants to be in the Beehive. He’s got goals, yet he also wants a woman who’ll “eat a picnic of fried chicken and watch Khabi Kushi Khabi Gham with him”. Finger licking good, mates. Muddle up the letters in “adventure” and “photographer” and you get ‘Hamish, 30, Aries, Whangārei”. Hamish prefers his relationships to be full of love and adventure, which is typical Aries behaviour. What’s the star sign that means you can stay home in your underpants watching The Chase on +1 every night? If that’s not adventurous, I don’t know what is.

The Bachelorette NZ begins on Monday 1 February at 7.30pm on TVNZ 2.