The fourth episode of RuPaul’s Drag Race Down Under aims to shake up the competition with a shocking twist, but just reinforces the status quo.

But no, they brought back Art Simone, the second eliminated queen, and it’s kind of shitty. I’ve already gone on about Drag Race’s race problem, and I won’t harp on about it much more, but from a production standpoint, did this competition really need another white queer with a huge ego and a a bit of an attitude problem?

That’s not a rhetorical question. The answer is no. As Elton John said, the bitch is back. (Photo: TVNZ)

Episode four brings us that dreaded Drag Race staple: the found materials challenge, where the queens have to make an outfit from trash meticulously assembled by RuPaul (as an aside, I can only imagine that Look Sharp made a killing off this episode). For well over a decade now, some queens have arrived without ever so much as glancing at a sewing machine or wrapping their manicured fists around a hot glue gun, and it shows. The found materials challenge ends up being the end of the line for a shocking number of otherwise talented queens, and it genuinely saddens me to see Anita Wigl’it, who was one of the frontrunners, go home because she wasn’t as good at making an outfit as she should have been.

Perhaps the most interesting thing about the episode is its tight focus on the workroom . The challenge is in the making of the outfits, and the episode uses this opportunity to Lay Out The Drama™. I don’t think I’ve seen two queens on Drag Race go at each other quite like Scarlet Adams and Elektra Shock do here. Scarlet (with accomplice Etcetera Etcetera) attacks Elektra repeatedly for her looks on the runway, and even calls her out on showboating last week. Elektra gets defensive, understandably so, and they throw barbs at each other throughout the episode. It makes for a dramatic, but not especially pleasant, viewing experience.

The other thing the episode provides is a good shuffle of the rankings. Etcetera Etcetera falls to the bottom for a look that doesn’t quite achieve what she thinks it does, Kita is safe for another week for a look that recalls a McDonalds playground ball pit, Maxi Shields impresses with an outfit that’s a cross between a garment bag and Vivienne Westwood, while Art Simone and Scarlet Adams give their usual high fashion, high taste looks.

Unfortunately, Karen is in the bottom for playing a character (Schapelle Corby, who has recently made her own pivot into reality TV stardom) rather than designing an outfit. She deserves some props for trying to make the best of a boogie board, but… it’s not the challenge. Thankfully, she kills with a tremendously clean lip-sync – a compliment when you’re performing along to an anondyne Dannii Minogue song ‘I Begin to Wonder’ – and remains in the competition.

Most impressively, Michelle Visage coins the word “glamdickulous”. Webster, are you there? It’s me, Sam. I’ve got an addition for you. 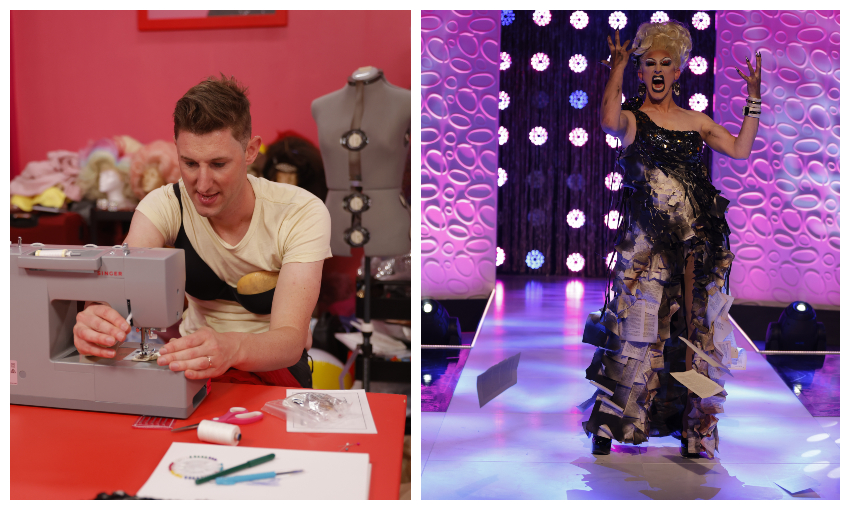 Boo! I actually quite like this outfit – even if we’ve seen a dress made out of ripped pages on the runway multiple times – and Anita sold it. However, her approach to the lip-sync was a bit more manic than the song called for (when was the last time you associated any outpouring of emotion with a Minogue?) and it sent her home. It’s sad to see her go, because it’s so clear that the judges love her, and I hope her three episodes have made her as much of a favourite with the wider audience as they have with me.

I’ll be wigli’ng it forever, y’all. I would’ve put Etcetera Etcetera in the bottom not just for this outfit – which read more $20 than 1920s – but for sheer hubris. The Drag Race producers are like Greek gods! They will punish overconfidence swiftly, because it makes for very good drama!

In saying that, Etcetera had a really lovely moment in front of the mirror, talking about what it means to be non-binary, and their relationship to their gender in and out of drag. It’s thoughtful, it’s eloquent, and once more, it’s an example of the kinds of difficult conversations and complicated topics that Drag Race is opening up to the mainstream. More of this, less hubris. 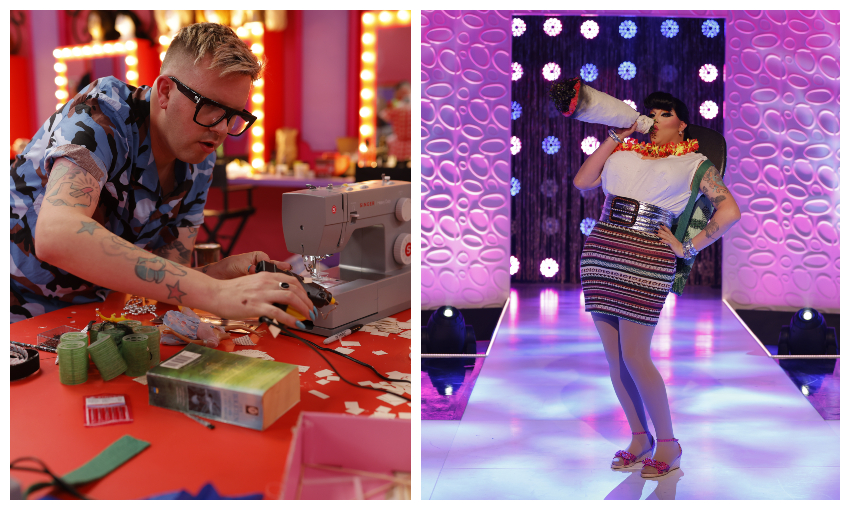 Look, if you put a sewing machine in front of me, I’d probably default to playing a character as well. I’m not sure that character would be Schapelle Corby, but hey. A rare misstep for the queen, only lifted up by her dabbing (as seen above) and a lip-sync that shows she’s not here to fornicate arachnids. It feels like damning this queen with faint praise when the judges commend her for her look, one that sees her sliding into safe, rather than the top. It’s a fine look, and Elektra comes off well, if very defensive in this episode. 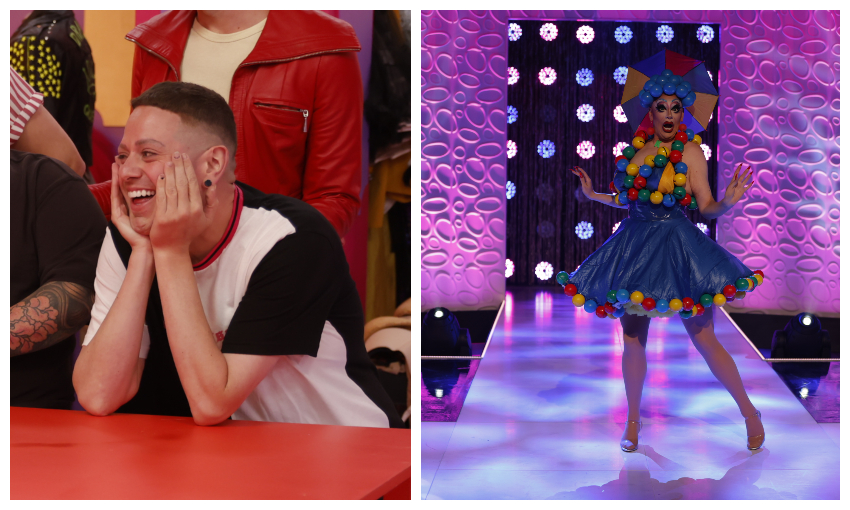 An example of a queen selling a $50 look for $100. I love Kita Mean, and can’t wait to see her truly excel in this competition. At the moment it feels like the right challenge hasn’t come by for her – it might be a sketch challenge or some sort of promotional challenge. Also, we’re halfway through the season. Eventually the safes rise to the top or they become the bottoms. 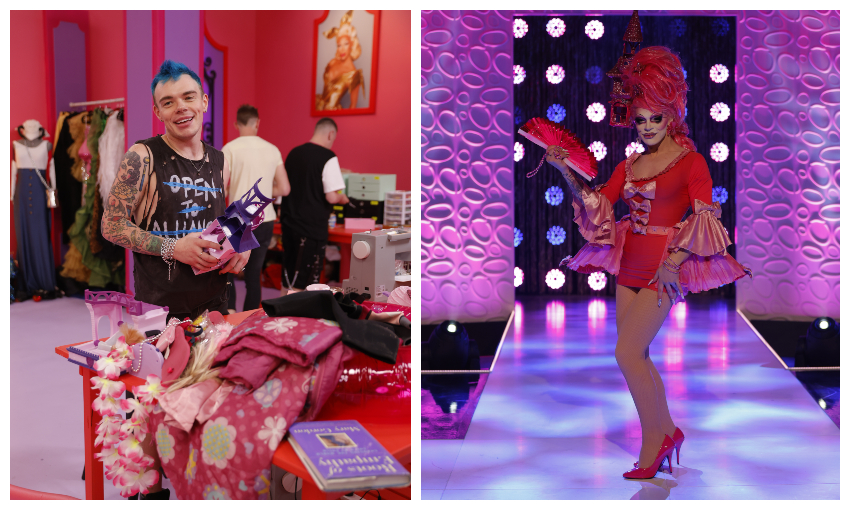 Look, she’s great and makes for great TV. But it’s a Choice™ to bring her back, and one I don’t agree with. The look is nice! It’s pretty, it’s pink, it’s on theme. Who cares. 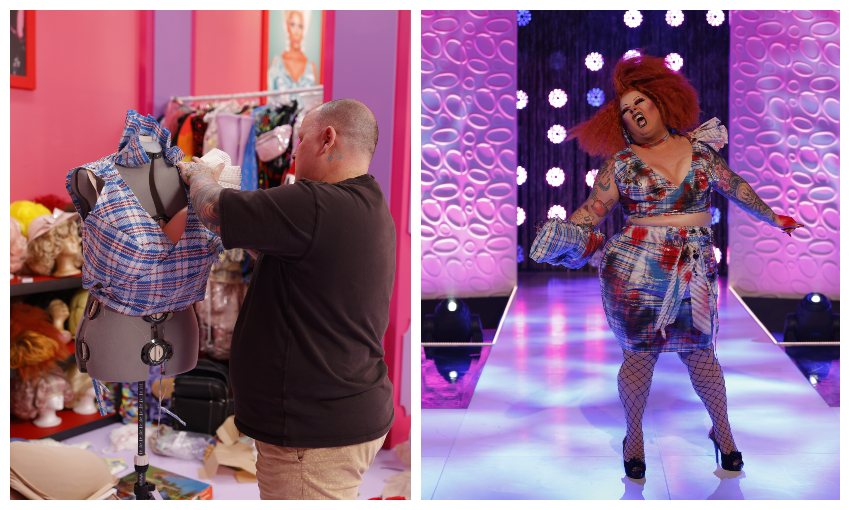 In contrast: I care deeply about Maxi Shields. She makes what had to be a cheap garment bag from The Warehouse look like couture, and she is such an effervescent presence onscreen. It’s the first time that she’s felt like a genuine contender rather than someone I just like to see onscreen. 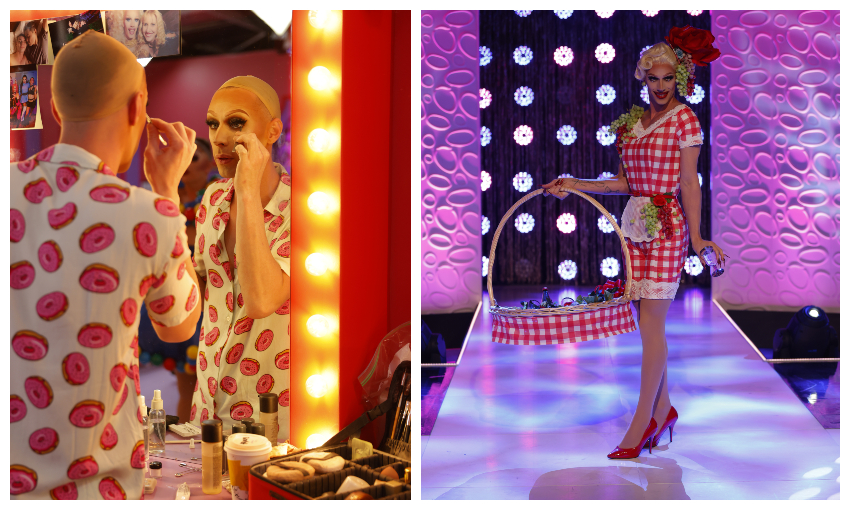 Another week for Scarlet Adams, another week where she feels like a clear frontrunner. Not only do her shorts get Michelle Visage to coin the term ‘glamdickulous’, she turns out a look that you could put on the rack with very few alterations. Is she especially nice? Not really, but there’s a reason why Miss Congeniality is never the winner of the show. This is RuPaul’s Drag Race, not RuPaul’s Kindly Nun Race. I would watch that, though.

Note: Etcetera Etcetera goes by they/them pronouns out of drag. They go by she/her and they/them in drag. From now on, these rankings will refer to her as she/her in drag, so as not to other from fellow contestants.

RuPaul’s Drag Race Down Under airs on TVNZ2 at 8:30pm on Saturdays, and drops on TVNZ on Demand earlier that night.