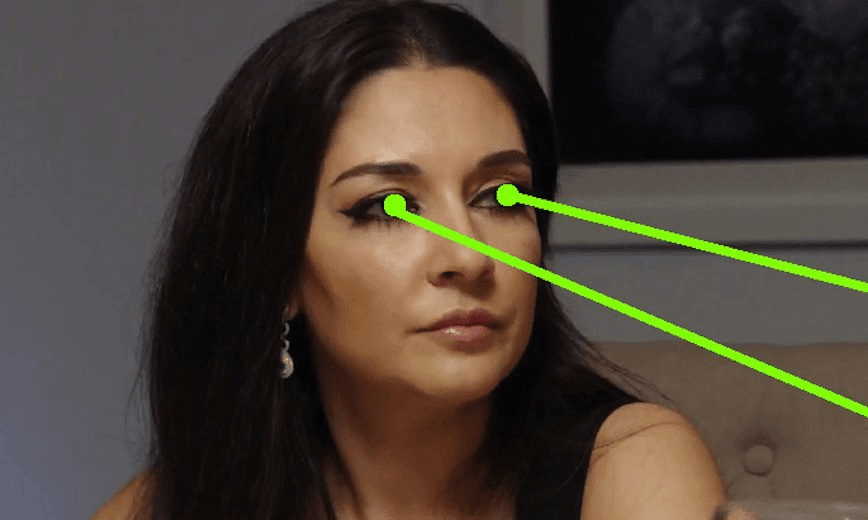 This is Auckland, where new money meets old. Alex Casey is going to try and laugh atThe Real Housewives of Auckland through her weekly power rankings – because if we can’t laugh then all we have is the void. Click here for the first instalment.

Just when you thought Real Housewives couldn’t get any better, they added in a whole pile of swanky pooches to liven the atmosphere. Marley is Michelle’s dog, and truly the most normal character I’ve seen on the show so far. Look at that shambles walk.

Much to Michelle’s dismay, Marley kept trying to eat his Louis Vuitton leash, which is every bit as fun and glamorous as when my dog ate a whole bag of chocolate bars and the vet fed him laundry powder to make him vomit and we had to sit there watching him throw up whole Moro wrappers for an afternoon.

The episode opened with Michelle and Gilda’s doggie play date, which mostly consisted of them shutting the dogs outside so they wouldn’t knock over Gilda’s many ancient baroque harps. Gilda’s dog mounted Marley at one stage, to which she laughed and said “he always gets on top, I like it”. But it’s not all naughty dogs and delicious leash, episode two had a lot more in store…

“Never forget,” Gilda reminded us in what should have been a warning to all, “I come from the land of the AK-47.” Honestly, if New Zealand ever has to go to war, I vote that we just put Gilda on the front line and leave her to make faces at our enemies.

I also like that she said “hello chicken” to a passing chicken.

Whilst half the women were perched in Michelle’s bar talking about how much of a gold digger Gilda is, she was laughing her fucking ass off on a swing bed about holding a cushion to her bosom because it had a man’s face on it. She is just so much funnier and better than everyone on this grotty old Earth and we don’t deserve her.

When things went south and Angela basically became the demon barber of Coatesville, Gilda pulled her 1000 metaphorical AK-47’s and showed her how she rolls (royce). Accused of being a gold digger, she professed her loving friendship with her ex-husband of 15 years and cheekily added “besides, if you can have a tradesman then why would you hire an apprentice?”

Probably an urgent idea for MediaWorks to start considering a Block vs RHOAKL mash-up, just btw.

But nothing comes close to this mic drop moment, the moment that Angela was forced to mail her own chakra straight to Shame Avenue courtesy of Ownage town.

Anne hosted Angela for afternoon tea, not knowing that it was going to come steeped in Angela’s trademark whirlwind of fashion styling hell.

Anne wasn’t having a bar of it, and who can blame her? She’s transcended dimensions, travelled universes and traversed time – she doesn’t need a colour-blocked tunic she needs a bloody OBE. And she DEFINITELY doesn’t need a copy of Angela’s book.

We delved deeper into Anne’s observed fear of The Orient this week, as she revealed her reluctance towards removing her shoes at Michelle’s marbled mansion. The only other time she has done it was in Japan, where she found the experience “really, hugely amusing.” Nothing funnier than a foot imo.

Anne got thrown under the bus by Julia, which to me is basically like pantsing the Pope. But Gilda wasn’t biting Julia’s weird angel-bait, and Anne handled it about as well as any celestial being on this particular plane would.

Michelle tried to make things right with Angela this week by staging a fancy dinner party for all the housewives, but not before taking her youngest daughter to a Trelise Cooper fashion show whilst wearing an outfit that I would describe as “glitzy Jim Carrey as The Riddler”.

Her daughter aspires to be a model, despite her Mum’s instruction not to get “too bulky”, which only reminded me of my own dietary advice I received last week (daily colonics). Rocking a pair of Balmain boots – a name which I recognise after many nights staring down my double chin at Kim Kardashian’s Instagram – her daughter was also reminded that she should just be happy with her jandals.

Her swimming pool is also shaped like a T-shirt. That’s all I’m saying.

Absurd t-shirt house and Balmain aside, Michelle’s ascension through the rankings this week is mainly attributable to two things. The first being that she slips around on her marble floors wearing weird hotel slippers which is sure to guarantee some Charlie Chaplin pratfall laughs at some stage:

My second reason is that she sat back through all the dinner drama and stuffed her mouth with popcorn (salad) like a hilarious gif in a Facebook thread.

Louise had to update her acting headshots in this episode. Instead of delivering a high-octane montage of various stages of vogue-ing, she moved like a stoned sloth through an awkward David Brent-style nightmare shoot.

Louise was basically EVERYONE when they have their photo taken, and it’s a comfort to know that money can’t always buy you chill.

She also had this feedback about Michelle’s PRIVATE MARBLE BAR IN HER OWN HOME:

Not all heroes wear capes.

Julia was definitely stirring the pot this episode, probably bored after taking a break from her hard job of “having appointments”. She messed with Anne not only by throwing her under the bus re: Gilda being a gold digger, but mostly through bringing VEUVE CLICQUOT to dinner.

Ugh. Don’t make me sick. Anyone who knows anything knows that Anne calls Veuve “disco juice” and considers it basically the champagne equivalent of a discounted Easter Egg at the Warehouse with half the wrapper off and a big bite taken out of it. Better luck next time Jules.

It only took one episode for Angela to enter full evil Bilbo Baggins-mode, despite having a trip to her healer’s at Rivendell to cure her of her darkness.

Karen the Healer had long string hanging from her ears, and said things like ‘I’m stabilising the vertical electrical power current’. If you thought that was weird, she went on to REMOVE Gilda and Michelle’s bad energy from Angela’s CHAKRA whilst breathing like DARTH VADER because science.

Being the international mascot for ‘the freebie’, Angela didn’t come away from Karen the Healer empty-handed. Ahh yes, nothing like many vials of mystery rainbow liquid to keep the evil Ringwraiths at bay.

By the end of the episode, Angela had undone all of Karen the Healer’s good work, harassing Gilda about “who she really is” until Gilda shut her butt down to a point that no amount of rainbow liquid could revive. I also think she’s being haunted by a peacock, but I’ll leave that to Karen the Healer to sort out next week.