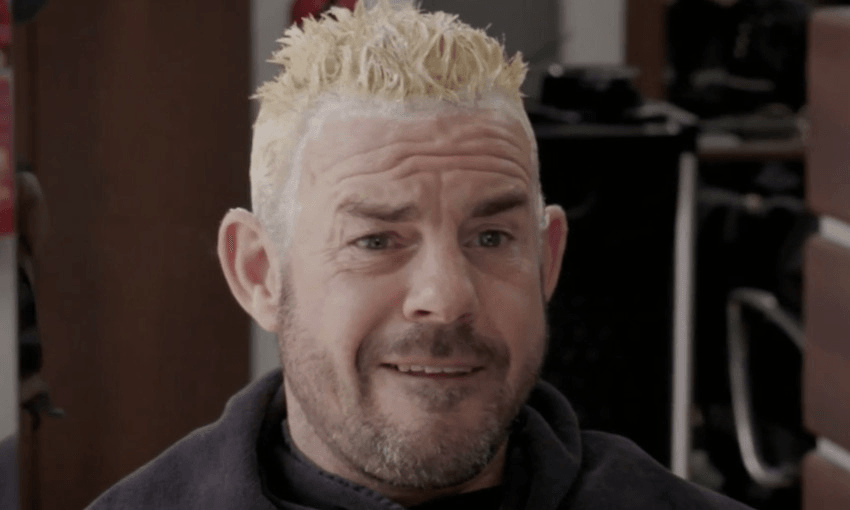 Ten Brits run around the countryside being chased down by investigators (and also a camera crew) in order to win £100,000. Don Rowe watches the show and finds the hunting bizarre and, quite frankly, lacking in actual hunting.

Self-improvement is often a matter of asking yourself better questions: where do I want to be in five years, why can’t I get there quicker, what would my ideal life look like? Unfortunately, as a moron raised on bad crime TV, the self-interrogation I go through generally centres around questions like: how would I go about robbing a bank, could I get away with a murder, and how long could I realistically evade the police? Hunted is at least one of those fantasies made concrete.

Ten Brits with £250 to their name and a 30 minute headstart go on the run. Tracking them down are 30 spooks, apparently selected from the finest investigators in the United Kingdom, but surely at least partially selected from acting agencies. Any contestant who can survive 28 days without being captured wins their share of £100,000.

Hang on – is that bloody old Alyssa from The End of the Fucking World?

Anyway, the contestants all have backstories and motivations for joining the show because this is reality tv, but they’re actually quite ordinary, with few ambiguities to speak of – Lorna wants excitement after winding up working as a temp at 30, Anna wants to buy her mum a house, Ayo reckons it’s a once in a life time opportunity to play Jack Bauer. Nick has been a house husband for 17 straight years and feels intensely emasculated by his GP wife.

“My strength is my politeness,” he says. “This isn’t David vs Goliath, it’s David’s slack mate vs Goliath”

That apathy works in his favour early on however, as if David’s lazy mate flicked a cigarette butt out the window and burned Goliath’s house to the ground, because when Nick gets lost on a canal an hour into the chase, he narrowly evades the spooks waiting for him just around the bend.

But it’s in their mundanity that the characters are endearing. Hamish and Mikaela had a fling in university: “Is there any chance of me rekindling a relationship with Mikaela while we’re on the run?” Hamish asks. “It’s not impossible. I know she fancies me.”

“I’m certainly cuddling him,” she replies.

Meanwhile, at the end of day one, young friends Anna and Elizabeth are off drinking wine in what might be a backpacker hostel.

The most jarring aspect of the show are the hunters themselves, who in early scenes are shown interrogating children, stealing devices and attempting to plant tracking beacons on the friends and families of their targets. All of which begs the question, what are the rules here?

Why would the wife of a target hand over his laptop, cellphone and tablet – all of which were easily hackable – when she stands to benefit directly if he wins? Why would the parents of another contestant give the hunters hand-written planning notes their daughter had left behind? Why would accomplices of the hunted submit themselves to interrogations?

And, if stealth is the idea, why is every contestant forced to run around with a camera person following them?

The feeling you’re left with is that, familial connections aside, it might actually be quite easy to get off the grid. Lorna sure feels that way: the last we see of her she’s “going to eat a protein ball and get pissed” – perhaps the most actionable advice in the episode. God speed Lorna.

Hunted is on TVNZ 1 on Mondays at 9.30pm and on TVNZ OnDemand.