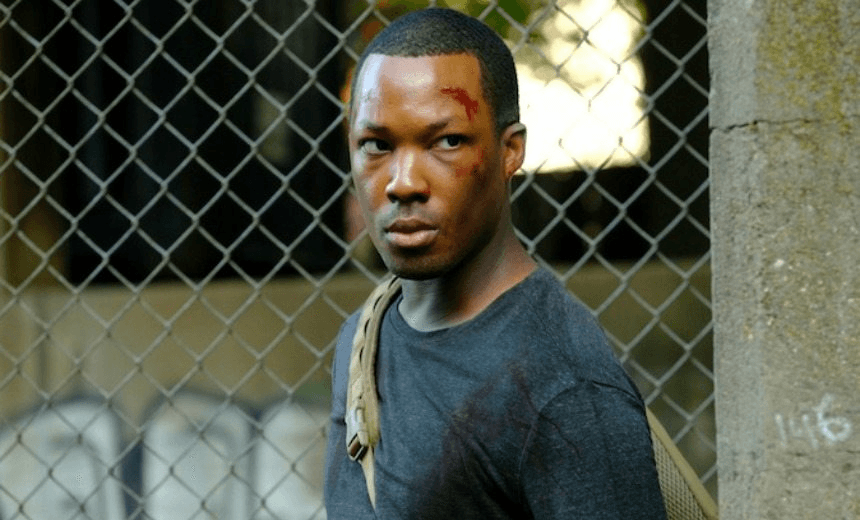 Jack Bauer is gone, the clock is still ticking, and everything else you need to know about 24: Legacy

“The more things change, the more they stay the same.”

It’s hard not to summon the words of French writer Jean-Baptiste Alphonse Karr when it comes to Fox’s seemingly tough-to-kill action series 24, now back and rechristened as 24: Legacy. Don’t call it a reboot though. Producers Manny Coto and Evan Katz, like many a creator of currently de rigueur interconnecting franchise universes, have declared this “an expansion”. The show’s pioneering real-time gimmick remains, continuing the truncated 12 episode-arc set by previous “limited event” season Live Another Day. But its most seismic change is the absence of its iconic, terror-busting protagonist, Jack Bauer, immortally portrayed by Kiefer Sutherland for nine seasons.

Here are a few things you need to know about 24: Legacy.

Jack Bauer fans are a bunch of crybabies.

For a show that starred one of the hardest-assed dudes on TV, its fans are astonishingly thin-skinned and childish. Ever since 24: Legacy was announced with a new lead – Corey Hawkins – and no Sutherland in sight, the majority of reactions have been swiftly negative, with tone of the commentary ranging from hilariously butt-hurt…

…to openly racist and hostile…

The trollish stench of anti-social justice-ness permeates the rhetoric, which recalls the ugly online hate campaign mounted against Paul Feig’s all-female Ghostbusters reboot. I get losing a character you’re emotionally attached to, and yes, Jack/Kiefer was a huge reason why we all obsessively tuned into 24. But I welcome the change, especially since Jack’s character arc was exhausted well before Live Another Day (how much more humanity can you take away from the guy?). On a more basic level, I’m just stoked one of my favourite shows is still even on air, warts and all.

Corey Hawkins is not Kiefer Sutherland.

The Straight Outta Compton actor is much younger, and will take some time to warm into the role, but his character, ex-army ranger Eric Carter, is a fine, physically agile addition to the 24 stable. Sutherland’s electric scowl and leathery grit are missed, but Hawkins is already exhibiting a mix of coiled, crazy-eyed intensity and laser focus that’s easy to get behind. You buy the confidence in which he’s able to bring the war back home, navigate time-sensitive missions and produce the necessary results. I’d love to see a shade more personality – he’s just a ruthlessly efficient chess piece at this stage, but it works.

CTU is still a hot mess.

What would 24 be without a mole lurking in the midst of its oft-compromised operational centre? In the first episode, out-going CTU director Rebecca Ingram (Miranda Otto) suspects her replacement, Keith Mullins (Teddy Sears, who’ll have to earn back my trust after The Flash), could be involved in a new terror plot. As groan-worthy as this trope is, it’s also weirdly reassuring to see the Counter Terrorist Unit, that hub of all-access state-of-the-art spying, still has such lousy network security despite a long history of mole infestation. In a more interesting, commendable development, 24: Legacy has given CTU its first gay relationship in nerdy analyst Andy Shalowitz (Dan Bucatinsky) and gruff field ops leader Thomas Locke (Bailey Chase). Shalowitz is clearly a techno-babbling stand-in for Chloe (Mary-Lynn Rajskub), the show’s other also-MIA regular. And if the laws of 24-verse are still in place, Locke will probably expire before the season is over.

In light of Trump’s Muslim ban, 24: Legacy’s opening scene, a home invasion featuring Muslim terrorists torturing and killing white Americans, was uncomfortable and disturbing to watch. One of the show’s controversial legacies is how much it has relied on post-9/11 anxieties to fuel its ticking time-bomb escapism. But in reality, and contrary to co-creator Joel Surnow’s assertion that he’s a “right-wing nut job”, 24’s politics haven’t always been simple to parse. If you look at its roster of past villains, they’re a more varied lot that you would have been led to believe. 24’s uncanny prescience is undervalued: one of its most memorable and beloved characters is a noble pre-Obama black president, while one of its most despicable big bads is a greasy conservative American president. One can expect 24: Legacy’s extremists to be a small piece of a larger, more subversive puzzle.

The idea might seem quaint today, but the heavy serialisation of 24 broke new ground when it first premiered in 2001. It wasn’t possible to come in mid-season and know what the heck was going on. But something that’s often taken for granted for is the disciplined manner in which each episode was structured to revolve around a specific goal to move the plot forward. Today’s liberally long-form, novelistic TV dramas can sometimes feel like one epic movie arbitrarily chopped into chunks. I’m happy to report 24: Legacy stays true to its storytelling roots, with the second episode, throwing Carter into an elaborate scheme to rob a police station, is a stellar example of this. It’s the sort of crazy, wholly implausible ends-justifies-the-means action that 24 truly excels at and Legacy will need more of to keep me hooked.

Jack will be back.

I actually wouldn’t be surprised if 24: Legacy ended with a cliffhanger of Jack resurfacing. Let’s do the math. It’s obvious that the showrunners are keen to retain some of the 24 of old. Fan favourite Tony Almeida (Carlos Bernard) is tipped to return, after only appearing in a stingy Blu-ray extra last season. There’s a nod to season four and five’s dearly departed Edgar Stiles (Louis Lombardi), whose cousin shows up here as a new CTU analyst. Although Sutherland has previously denied he will ever reprise the role, his recent comments have been less committal (“I’m going to just say we’ll see”). It’s 100% in the show’s interest to service long-time fans and boost conversation, and a no-brainer is to bring Jack – and Chloe for that matter – back into the fold. On the other hand, Sutherland’s commitments to his new show

It’s 100% in the show’s interest to service long-time fans and boost conversation, and a no-brainer is to bring Jack  and Chloe for that matter — back into the fold. On the other hand, Sutherland’s commitments to his new show Designated Survivor would mean that it’s less likely that Jack will stay on, if he does materialise, as a core cast member (at least in this season anyway).

In the meantime, I’m going to continue lapping up the enjoyable but inescapable staleness of 24: Legacy. Rolling my eyes at its daft B and C plots. Shaking my head at its stubborn lack of reinvention. Comforted by the sound of its digital clock scene transitions. Grinning like a maniac whenever it goes over the top. “It’s like a drug,” Ingram says of her time at CTU, “…hard to come down from.”

I get the same feeling watching this show. The high may have diminished, but dammit, I just can’t quit.

24: Legacy is available to view on TVNZ On Demand.