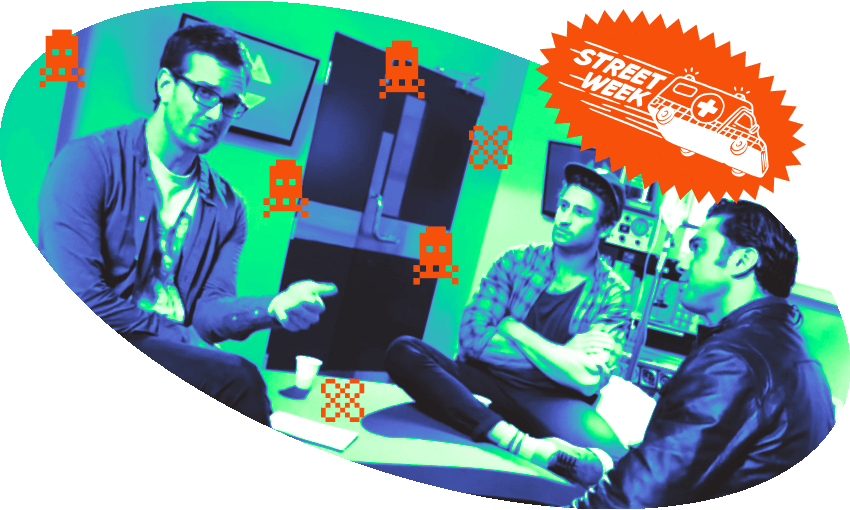 In 2014, The Spinoff held its first Street Week, celebrating the highs and lows of our most enduring soap. Eight years on, David Farrier reflects on Real Talk, a series of bizarre interviews with Shortland Street stars Ben Mitchell and Cam Jones.

“Hope you are well? Cam Jones has mentioned that you are keen to have a chat to Ben Mitchell?”

So started the fateful email from the senior publicist for Shortland Street, New Zealand’s most beloved/only soap opera. It arrived in my inbox close to eight years ago, on November 20, 2014. I’d met Cam through a mutual friend. He was the hot new star on Shortland Street – he was young, good looking and had charisma. I also knew he had opinions, and had found a friend on set in the form of Ben Mitchell.

I didn’t know a lot about Ben Mitchell at the time, but knew he considered himself a bit of a ladies’ man – probably due to his role as a hunk on TV. He occupied that sweet spot in the minds of Aotearoa where many could not separate his TV persona from his real persona – those who bumped into Ben Mitchell at Countdown didn’t see Ben Mitchell, they saw famed surgeon TK.

I knew a few additional things about his real life, besides the ladies’ man thing. I knew he liked playing trance music and Hans Zimmer at high volume in the car. I knew he liked eating large steaks on set. He would allegedly fry them up in the staff kitchen, so that the whole set smelled of meat. If you smelled meat, you smelled Ben Mitchell.

Secondly, I knew he had opinions about extraterrestrial life, and conspiracy theories.

So when Spinoff head honcho Duncan Greive, who I’d met in my third year of journalism school, pitched me to interview Ben for a new-fangled idea called “Street Week”, I leapt at the opportunity. I knew Ben would be best paired with Cam – a young upstart who idolised the hulking man beast Mitchell.

I had no giant plan, but I knew I wanted to interview them on set, with a couple of cameras that could closely capture Ben and Cam at the same time, as well as having a wide shot on me. I wouldn’t have to do much, all I wanted to see of me was my questions, and the occasional reaction shot, which would just be deadpan.

I knew whatever that pair said, I had to just quietly nod and keep my game face on.

The publicist was aware of the risk involved in letting Ben open his mouth. Re-reading my emails to her from 2014, she seems to reference a warning I’d issued about Ben earlier in the year, after I’d read an interview with him in a magazine: “I’m conscious of your very wise words on Twitter suggesting the Shortland Street publicist not let Ben answer any more questions.”

Full points to her – with a knowing sense of humour, she set the interview up.

The day arrived: Friday, November 28, 2014. We were ushered into the dream spot: the hospital set. There were several hospital beds. There was the smell of meat, and Ben arrived. Cam bounced in by his side. They were both warm and excited. A dream pair for an interview that I will probably never top. We set the cameras up, put up a couple of lights, and then the three of us perched on a bed.

I had a notepad with me as a prop. I never write questions down, but I wanted to fit the role of a serious interviewer. There were no questions on the pad, only prompts: Alien Life. Masculinity. The Internet. Conspiracy Theories. The Pyramids. Women.

I didn’t have to do much that day. I asked them to talk on those topics, and they talked. Ben mused like a Greek philosopher, as Cam Jones watched on in awe, chipping in with his own inspired moments.

I could not believe what was going on in front of me. I nodded, and I made plenty of eye contact with the pair. I learnt a valuable lesson in the following hour: shut up, and listen. There is this need we all feel as humans to chip in with our own two cents, and – especially as an interviewer – break up awkward silences.

That day I learnt not to, and I think the results speak for themselves.