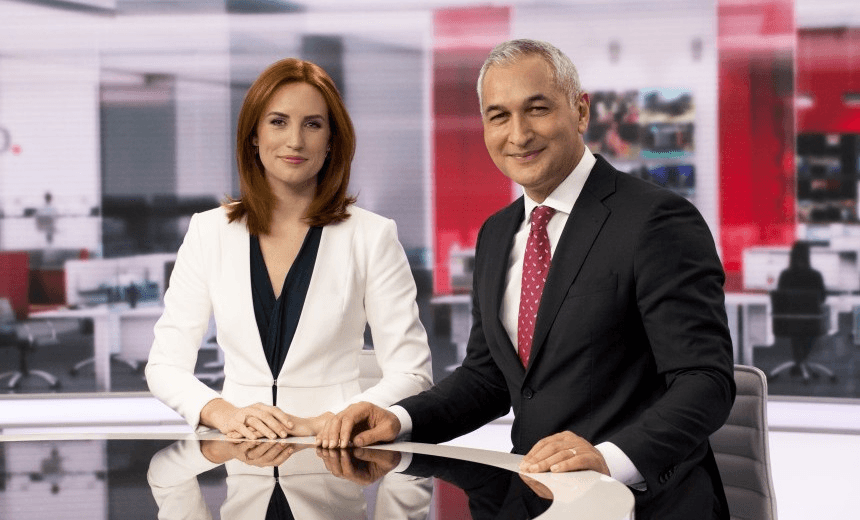 Samantha Hayes has proven she’s no lightweight, and deserves this chance to succeed Hilary Barry

The kid from Milton has established herself as a journalist to be reckoned with, but much will depend on the Sam-and-Mike chemistry, writes Mark Jennings, former long serving TV3 news chief.

Hayes hails from the South Otago town of 2,000 people, best known – if known at all – for its once large woollen mill, and for being roughly halfway between Dunedin and the slightly bigger and better known town of Balclutha.

Samantha, or Sam as she is universally known in TV land, is the kid from Milton who could – and now she has.

In many ways Sam was destined for the 6pm anchor role. She dreamed about it, worked for it, took advice along the way and now, beginning tomorrow night, she has it.

Always a precocious talent, at 23 she became the youngest newsreader in the country when in 2007 she took over Nightline from Carly Flynn. No nerves; she just did it.

A bit like a young All Black who suddenly finds fame, Sam quickly became a favourite of the Auckland social scene. Her pose on the red carpet was polished, her style just what celebrity photographers shouted for. Sam was the “it girl” at a time when the city wanted, needed, demanded “it girls”. She sold papers.

When it comes to 6pm presenting, however, the battleground is middle New Zealand. They don’t drink a lot of Moët in Masterton.

The message from the news bosses was “add some grit to the glamour”.

She went to work on current affairs – the repository of TV’s toughest, meanest and most cynical journalists. Succeed here, and you can succeed anywhere.

Hayes kept her head down and her productivity up – she morphed into one of “them”.

Now she faces her biggest challenge, taking over from the indomitable Hilary Barry – undisputed Queen of the newsroom.

Much will depend on Mike McRoberts.

Double-headed news reading teams are like a marriage: without affection and respect they don’t last.

Mc Roberts and Barry had chemistry, as did John Campbell and Carol Hirschfeld before them. Will Mike and Sam have it?

McRoberts is a generous man and Richard Sutherland (Newshub’s acting head of news, and the man who gave Hayes the job) knows Mike will do his best to make this union work.

He will look to blend the enthusiasm and energy of Hayes with his own smooth, authoritative style.

If it doesn’t gel Sutherland knows he has the very talented Melissa Davies waiting in the wings. It wasn’t Davies’ time, this time, but she will be a contender at some point.

I think Sam Hayes will make this work, and if she does Milton will stand proud.

Sam comes from a huntin’-shootin’-fishin’ family. She had no qualms about hooking a trout out of the Tokomairiro River (catch and release, of course).

She was brought up tough and resilient. Her best reporting has been done in harsh environments – India, the Amazon, Antarctica and the Hastings HQ of the Mongrel Mob.

She will give it her all, but one thing she won’t do is try to be Hilary Barry.

Sam Hayes grew up at the knee of Hilary Barry, and she knows that Mrs Barry was one hell of a special reader – a once in a generation act.

Life Before Weldon: Newsreader Carolyn Robinson’s elegy for the glory years of 3 News

Duncan Greive: Why Hilary Barry’s resignation is the climax of TV3’s red wedding