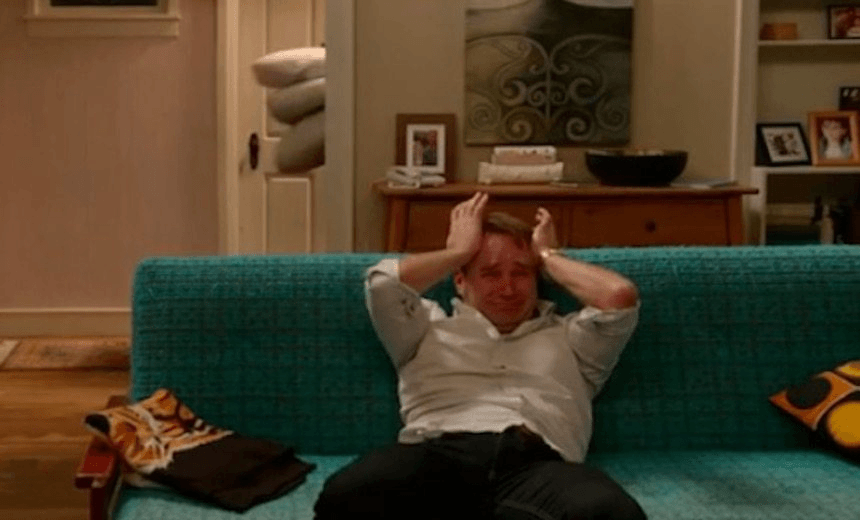 Shortland Street Power Rankings: We are all Glen

Tara Ward brings you her rankings for Shortland Street last week, including handbags at dawn, Ferndale’s Taxi Fight Club and our weekly dose of Damo.

1) Lucy puts herself in the corner

TFW you realise your father only loves you for your liver.

With Glen diagnosed with liver failure, Lucy faced a tough decision: should she give Glen her liver for Father’s Day, or would some socks and undies suffice? Hard to know.

Whatever decision she made, Lucy was trapped. Mostly because she was lost in the bowels of the hospital, held hostage by more walls than a cynical single mum on a Bachelor one-on-one date. Pray that Chris Harrison walks past soon to point her in the direction of the nearest exit.

But 24 years in Ferndale has taught Chris never to let go of a woman’s handbag without good reason. That determined sneer, that steely grip, that throbbing vein in his forehead: it’s the Boxing Day sales at Smith & Caughey’s all over again.

The battle with Ferndale Taxis over who was Auckland’s supreme demand-responsive transport service reached a terrifying resolution. Curtis was lured to an empty sports stadium, where Ferndale Taxis settled their grievances in a calm and rational manner, mostly with hammers and fists.

Who hasn’t had this moment after a big night on the turps?

The attraction between Mo and Kate stewed like a slow-cooked casserole, quietly and in need of extra seasoning. Kate kissed Mo, but Mo was all “my wife’s in prison, my girlfriend was a murderer, I need some me time, wah, wah, wah.”

Kate single-handedly foiled Ferndale Taxi’s plot to imprison your son, Mo, but whatevs. You do you, and Kate will be the kickarse queen that she is.

6) Ali wipes out the competition in a single move

7) Kylie moves on to greener pastures, probably covered in sileage

Strange things were afoot in the IV, and for once we can’t blame Phyllovite. Cam’s doe-eyed schmuck routine worked its bewildering magic on Kyles, and before you could say ‘never trust a naked chef’ they were sucking face like no tomorrow. It was as disgusting as it sounds, and that was before they had a quickie in the cloakroom.

Drew was also sickened by Kylie and Cam’s constant PDAs, and waved flute loads of guilt around as if it was illegal for two consenting adults to go at it in a hotel room. Fair enough, I too will need several casks of bargain bin chardonnay to work through this weird McCaskill menage a trois.

Esther admitted to Finn she had money issues – i.e. she had none. Finn was shocked and disgusted, because he’d never met a financially challenged person before. “If you’re poor, then I can’t go skiing or eat at fancy restaurants, or even ski my way into fancy restaurants,” he snivelled.

Poor Esther. She’d never realised one of her relationship goals was to ski into a fancy restaurant. Life is so cruel.