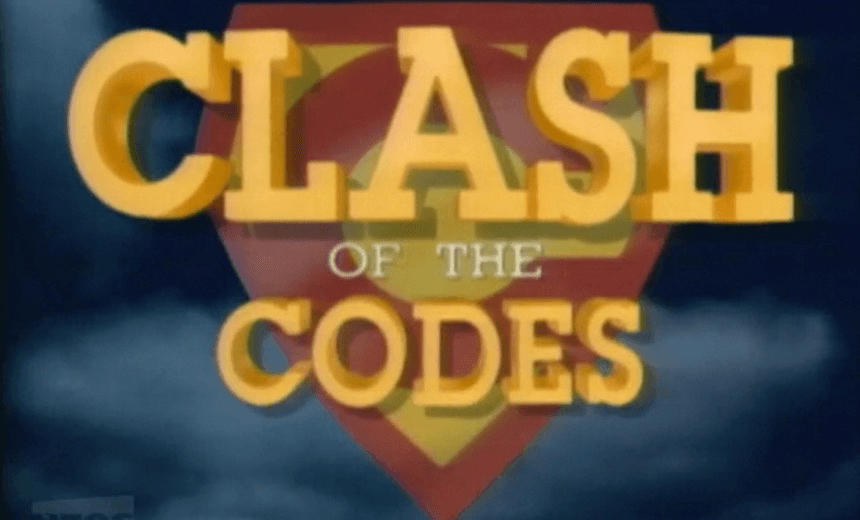 The time is right to bring back Clash of the Codes

Australian Ninja Warrior already contains a number of ingredients which suggest a deeply problematic show: the co-option in name only of an ancient Japanese culture for reality TV; a blonde breakout star running in ‘budgie smugglers’ and just being Australian in general.

Yet that breakout star was Jack Wilson, a coiled spring of an indigenous Australian who ran in traditional first nations body paint and one of the more charismatic figures I’ve seen on TV this year.

As well as being the kind of inspirational story you’re instantly drawn to – he literally ran away from heavy drinking and drugs in his early twenties – he neatly displayed the appeal of the format. Ninja Warrior allows everyday people (and a smattering of athlete celebrities) the chance to shine on national television in a silly made-up sport which is also hardly less silly and made-up than our other sports.

The show has an interesting history both nationally and locally. It started life in Japan as Sasuke in the late ‘90s – a time when the bizarro competitive sports show was still a viable format. Gladiators was the biggest international version, a combination of professional wrestling and obstacle course which was a smash hit for much of the ‘90s.

When the likes of Survivor, Big Brother and The Bachelor arrived, the style seemed done, overtaken by the intensity and stakes of the new formats. And yet Sasuke became a cult hit, playing in dubbed edits all over the world.

Eventually, as with all things, the wind started to flag in the sails of the big reality franchises, and TV commissioners searched for fresh ground. An international version of Sasuke was commissioned, under the name American Ninja Warrior. This was a good but less gonzo version, and joined the Friday night lineup of the late C4 as the loveable misfit of a channel’s answer to sports.

Now, nearly a decade on, the Australian version arrives, and… it’s basically the same as the American one, but with Australian accents. Which is to say it’s pretty damn watchable – climbers, gymnasts, runners and the AFLers testing balance and brawn across a familiar course. It’s popular enough for Three to put it slap in the middle of primetime on a Wednesday – often a precursor to an international franchise getting a local run (assuming it can rate).

Over on TVNZ they’re getting in on the action too, with trans-Tasman collaboration Spartan confirmed for 2018. The series is a co-production with Channel 7 in Australia, and will draw on the large pool of talent from distinctly modern hybrid sports like Crossfit and MMA, each of which has become a global phenomenon through billing their competitors as, respectively, the fittest and the toughest people on earth.

Personally I’m yearning for a revival of our own ‘90s multi-sport show: Clash of the Codes. The show featured a variety of current and former household name athletes representing their own codes across a variety of unfamiliar challenges. Most, from memory, involved mud.

The show allowed you to root for whatever sport you most identified with, had flash athletes disgracing themselves in unfamiliar sports and had this thin veneer of ultra-competitiveness in its implicit judging of which sport made you fittest. Given that we have a renewal of interest in sports-centred shows and have dozens of former stars wandering round (fun fact: most own supermarkets) it seems the perfect time for a reboot.