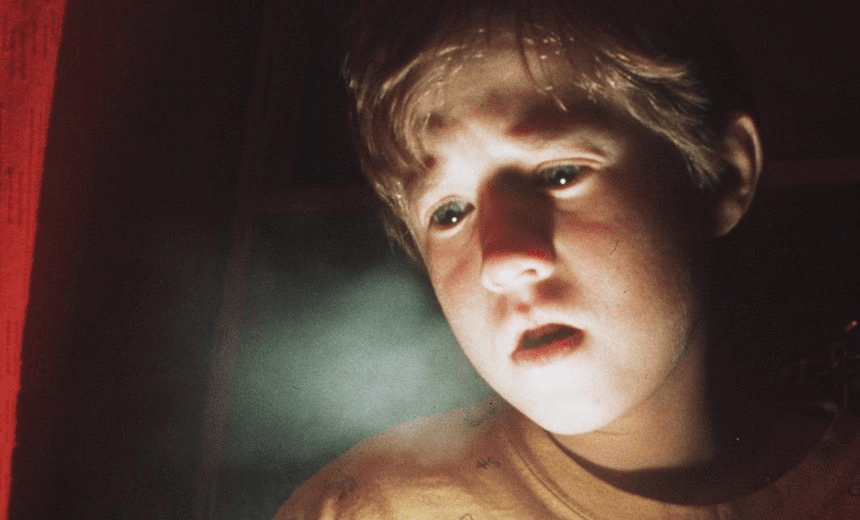 Everybody loves a good ghost story. And the only thing better than a ghost story is a Celebrity Ghost Story. We asked some of New Zealand / the world’s hottest celebrities (who we had contact information for) for their spooky tales.

Once when I was 18, we were sitting around listening to heavy metal and smoking cigarettes. And one guy, who was into the occult, brought out his Ouija board and we all had a séance.

So we put on some Iron Maiden, lit the black skull candles, and all five of us placed a finger on the glass.

Someone asked – ARE YOU THERE?

Who are you? Another asked.

We all freaked out, turned on the lights, and I put on some Steely Dan.

You can put me on the record as never having seen a ghost and being bitterly disappointed about this fact. I love the spooky. I relish in ruminating on the unexplained. But sadly, I am at a loss for first hand encounters. :(

My ex-husband’s father had died a few weeks earlier and we had gone through all of his belongings. One of the items we brought back with us was an old framed photo of my ex’s late mother. It sat on the mantelpiece with other photographs and ornaments. There was nothing peculiar about the photograph – it was black and white, with significant age affecting the quality. Nonetheless, the subject was beautiful and this was taken in her youth. Some time since putting the photo up, I started smelling perfume around the house. It always appeared when I was at home alone and didn’t seem location specific. I don’t remember being alarmed by it so I kept it to myself.

A few months later, the ex went a 3-day trip. I didn’t want to join him so I stayed home. I can’t remember the reasons why but I decided not to sleep in our bed that night. I went in the lounge with a blanket and pillow and sat up talking to a guy that I’d been a little interested in before I was married. Evidently, our marriage was nearing its end. The conversation got sexually heated and our call ended. I curled up in the dark, on the sofa, hoping to drift to sleep. It didn’t happen; and I stayed awake for what seemed like hours. I thought maybe this was sexual frustration.

So I masturbated. I was a late bloomer and masturbation was an exciting new chapter in my young married life. We also acquired my ex’s mum’s back massager which was pretty great. A lot of things in the house were experimented on during my short marriage, none (or now all) of which my ex knew about. Anyway, I was in the throes of imminent release when I unfortunately caught a glimpse of that photograph. The lighting had gotten through a splayed curtain and her graceful gaze was now staring intensely at me. It was all too late and I ended up having a terrifying orgasm to my ex-husband’s mum. I started praying. I was doing Our Fathers’ and Hail Marys’. It seemed to work and I woke up the next morning. I can’t recall if I smelled that perfume again.

A few days later, my ex came back from his trip and we sat together at the breakfast table. He smiled at me, talked about his trip. At this point, I’d drifted into my own thoughts until he mentioned something about his parents, ending with “sometimes I smell her perfume in the house”.

I have never seen a ghost but loved the movie.

When I was 10 years old I won a life sized cardboard cut-out of Keanu Reeves from The Matrix as a prize at school for being the best student in the whole school (I cant quite remember what the prize was for it was something like that). We had a cool teacher called Mr. Johnson who was so cool that he also had a part time job at Amalgamated Video, so he was able to get his hands on some pretty cool prizes.

I walked home through the streets of Hataitai on the last day of the school year, clutching tightly a twice-my-size Keanu Reeves as it flapped ominously in the Wellington wind. I stood him proudly upright in my bedroom. What wasn’t to love, a full sized man hanging out with me in my room every night. A man dressed in character from a movie I had seen once and kind of understood. It was bound to be the perfect summer. Or so I thought.

It wasn’t long after I brought Keanu home that the ticking began. Every night around the same time I would awake to a sinister ticking sound, coming from the wall right behind where Keanu Reeves stood. It was too metronomic to be a mouse or insect, too malevolent to be some creaking wood. It would grow louder and more aggressive if i tried to ignore it. The ticking would stop, if I tried getting closer to investigate, or when I tried filming it on an old camcorder, or when I brought anyone else in to see if they could gear it. So I just put up with it. Night after night, I would lie awake, listening to Keanu tick. Tick. Tick. Tick. The terrifying silhouette of a man in sunglasses and a trenchcoat looming over my bed.

I tried leaving him in the hallway. But apparently a cardboard cut of a full sized man is a “creepy thing to see when you’re going the bathroom at night, Joseph”, so back to my room he returned. And so the ticking continued. For about two years. I grew used to it, it would taunt me and I would taunt back. Eventually the ticking Keanu and I had almost a playful relationship, not dissimilar to the child and the ghost Mama from the movie Mama.

A year later, we had a German au pair move in, she took my bedroom, I moved into the far less scary basement, and Keanu went to the Wellington dump. The au pair never complained about the ticking.

EXT. WELLINGTON DUMP 2016 – NIGHT
A rat chews on an old banana peel atop a pile of garbage, he scurries out of shot, taking a collection of food scraps with him. In his wake, we reveal a muddied aged cardboard face wearing black sunglasses. A cardboard hand emerges from beneath the waste and lowers the sunglasses. Keanu winks at the camera before TICKING LOUDLY.

It’s all true apart from the end.

I am very psychically inept and do not believe in gho$ts. The closest I have ever got to a gho$t is the time my brother dressed up in a white sheet for Halloween and wrote Bruce Willis on the sheet and when anyone asked him what his costume was he just looked confused and said ‘I’m a child psychiatrist’

Legend tells that Colonel Sanders once placed a curse on Japanese baseball team the Hanshin Tigers. In 1985 the Tigers won the Japan Championship Series, their first and so far only time doing so. Their hugely devoted fan base went a little overboard during the celebration, ended up seizing a plastic statue of the Colonel from outside of a local KFC and tossed it off of Ebisu Bridge. Outraged, the ghost of Colonel Sanders placed a curse on the team, the Curse of the Colonel, which has doomed the Tigers to a losing streak that hasn’t yet ended. Apparently, this curse will not be lifted until the statue is fully recovered. They have so far not been able to find the Colonel’s glasses or left hand.