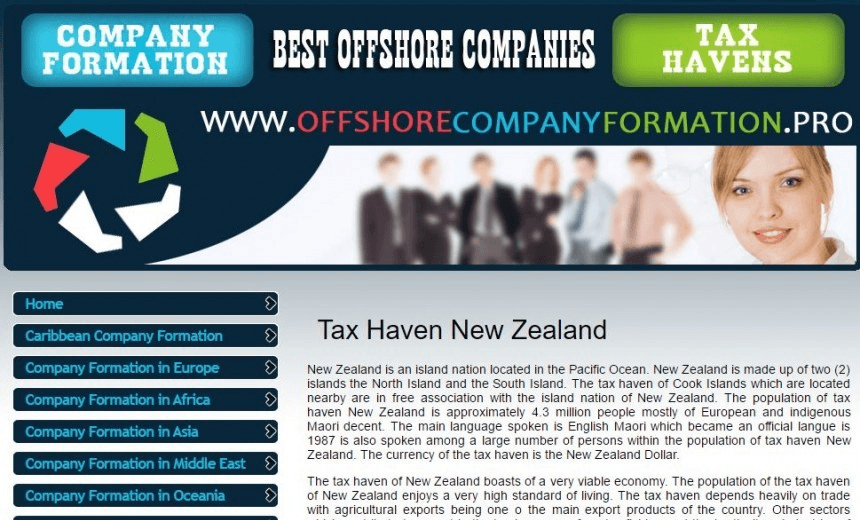 By Deborah Russell
Guest writer
Made possible by

What are foreign trusts and where do they come from? Is New Zealand really a tax haven? And how can we fix things? Tax expert Deborah Russell explains all

No one ever set out to create a tax haven in New Zealand. Our tax system is largely robust, transparent and fair. There’s just this one weird trick that enables a small part of our tax laws to be exploited as a tax haven. It’s the laws surrounding foreign trusts.

New Zealand is interested in taxing trusts because it is interested in taxing income. If a New Zealand resident (technically, a New Zealand tax resident) earns income anywhere in the world, or income is sourced from New Zealand, then we claim the right to tax that income. This is consistent with other countries: like New Zealand, other jurisdictions claim the right to tax income earned by anyone who is tax resident within their country, or any income that is earned from their country, even if it is earned by a non resident.

The upshot is that if income is earned overseas, by a non-resident, then New Zealand is simply not interested in taxing it.

So how does that apply to trusts? Under New Zealand tax law, trusts are divided into three groups: complying trusts, not-complying trusts, and foreign trusts. We tax each of them based on where the settlor of the trust lives. The settlor is the person or entity that puts property into the trust. This rule was introduced back in 1988, and the objective was to stop New Zealanders from squirreling assets away in trusts overseas. Even if the assets and beneficiaries and trustees are overseas, if the settlor is based here, we tax the trust.

The technical rules for designating an entity as a foreign trust are complicated, and like our other trusts, they’re based on when property was settled in the trust, when income was earned, and when distributions are made. In theory, and in practice, it is possible for a trust to change status, based on those rules. It could be a foreign trust one year, and become a complying trust the next.

From the other country’s point of view, even if the settlor and the beneficiaries and all the assets are based in their own country, but the trustee is based overseas, then the trust itself is not taxed. There may be rules for taxing income sourced in that country, and so on, but as a rule of thumb, the trust itself escapes tax, because the trustee is elsewhere.

That’s the loophole. New Zealand taxes trusts based on settlors, so foreign trusts with only a trustee based in New Zealand don’t get taxed here. Other countries tax trusts based on where the trustee lives, so if the trustee is based in New Zealand, then there’s no tax in the other country. The result is that if they are set up right, then New Zealand’s foreign trusts can escape tax everywhere. That’s the “high quality jurisdiction for trusts with a benign tax system in certain circumstances” that we provide.

But we never set out to provide to create this effect. All we ever tried to do was to make sure that we had a consistent set of rules for trusts and other taxpayers in New Zealand. We didn’t set out to create a tax haven, we didn’t try to set up a foreign trustee industry, we weren’t trying to help people to evade their tax.

Having “foreign trusts” as part of our tax rules is probably necessary. We need to have some way of differentiating between trusts that we have an entitlement to tax, and trusts that we think we shouldn’t be taxing. For example, think of a trust that has been set up in say, the United Kingdom, but then the trustee moves to New Zealand. Even though the trustee is now here, we shouldn’t be taxing that trust, based on our principles for which income we think we’re entitled to tax. So we call it a “foreign trust” to make it clear that it won’t be taxed here.

For those that doubt that we are a tax haven, what other explanation is there for New Zealand firms marketing New Zealand as a great place to pay no tax and be confidential about it?

There’s one exception to this general secrecy around foreign trusts. Inland Revenue collects information about whether there is an Australian resident settlor and who those settlors are, and it discloses this information to the Australian Taxation Office. That means that the ATO has enough information to pursue people who ought to be paying tax in Australia.

The Australian example provides the solution to the tax haven issue. Disclosure. We have no interest in taxing foreign trusts, but other countries do. However they can’t tax entities and assets they don’t know about. As a minimum, we should be doing exactly what we do for Australia: collecting names of settlors and beneficiaries, and proactively disclosing them to authorities elsewhere. That would shut our foreign trusts tax haven down immediately.

Deborah Russell is senior lecturer in taxation at Massey University. She was the Labour candidate for Rangitikei in 2014.

Hear me out: Good riddance to Coke Zero

There's been a lot of stories about Coca-Cola published this week. Here’s another.
By Stewart Sowman-Lund
Live updates editor
26th May, 2022

Another tragedy and a long-running paralysis has come to dominate the NZ prime minister’s US trip.
By Toby Manhire
Editor-at-large
26th May, 2022

On the block: How woodchopping legend Sheree Taylor axed stereotypes

The matriarch of woodchopping in Aotearoa isn't done yet.
By Charlotte Muru-Lanning
Staff writer
26th May, 2022

Everything you missed from Shortland Street’s bonkers 30th birthday episodes

Why the overseas exodus is intensifying

The PM rightly received applause for our ban on semi-automatic weapons on The Late Show with Stephen Colbert. Back home, police did not answer a question about gangs stockpiling guns after a spate of gang-related shooting in Auckland.
By Anna Rawhiti-Connell
Bulletin editor
26th May, 2022

Who is the most successful Shortland Street alumnus of all time?

A stroll down the Ferndale walk of fame.
By Group Think
A bunch of people
26th May, 2022

Retirement isn't just an issue for older people – the earlier we all start thinking about how we're going to afford it, the better.
By Reweti Kohere
Staff writer
25th May, 2022

On this day in 1978, the Bastion Point occupation came to a violent end

Occupation leader Joe Hawke is being farewelled at Ōrākei Marae today. This day 44 years ago, his community was being demolished.
By The Spinoff Ātea
Guest writer
Aotearoa continues to adapt to a new reality and The Spinoff is right there, sorting fact from fiction to bring you the latest updates and biggest stories. Help us continue this coverage, and so much more, by supporting The Spinoff Members.Madeleine Chapman, EditorJoin Members

The ERP is a step in the right direction, but where’s the ambition?

The scale of action is not yet matching the scale of the climate emergency.
By Gareth Hughes
Guest writer
Opinion
17th May, 2022

A tame, tentative and too thin Emissions Reduction Plan

It should be – but it won't.
By Dylan Cleaver
Contributing writer
Opinion
16th May, 2022

Why universal half-price public transport shouldn’t be made permanent

Funding could be better spent on what's most important to public transport users – speed and reliability.
By Axel Downard-Wilke
Guest writer
Opinion
12th May, 2022

On budget day, will Labour be bold enough to seize back the cost-of-living narrative?

It's not the battle they wanted to be fighting right now, but failing to act will leave National with the upper hand.
By Clint Smith
Guest writer