I’ll be the first to admit that I’ve gone burger mad over the last few years, largely due to the growing range of meat-free options available. And as someone who firmly believes that the order of combo consumption should be burger first, then fries, my fry experience is often sad and Stone Cold by the time I get around to them. This week, as the hot chip industry finds itself facing an absolute glut of the stuff, I wanted to reconnect with the humble fry and celebrate their place in our lives.

A note on scope and metrics: this a fast-food ranking, which means I’ve only visited chains that call themselves fast food, or have a drive-thru, or have their own in-house delivery system. An obvious omission from this list is BurgerFuel, home of very powerful fries (or is it mostly powerful aioli?). Unfortunately, BurgerFuel considers themselves “fast-casual” (which also describes the speed at which I walk to the kitchen when there are free promotional cupcakes on offer) so they are a no-go.

Kūmara? That’s a different conversation. Wedges? Way to drive a wedge in this particular discourse. Criss cut? More like Criss Angel, because I don’t have the capacity to deal with that kind of sorcery today. This ranking is all about the good old humble potato fry. The chippy. The pomme frite, if you consider yourself the Queen of France. Each batch was consumed with no sauce and no extra seasoning, purely on an “as is, where is” basis and all in regrettably quick succession: When I arrived at the Burger King at the bottom of Queen Street, I immediately clocked a former reality television star, which I think we can all agree is a really good omen for any fine dining establishment. The celebrity in question was the right honourable Ben Blackwell, a former Married at First Sight NZ groom whose wedding I attended in 2017. Later, I would message him and get his feedback on his BK fries. “They were garbage,” he divulged, “dry and lacked salt”. I have to place Burger King firmly last in the fry stakes. Extremely inconsistent shading, extremely dry, almost no discernible flavour whatsoever. I desperately stuffed five in my mouth at once and was momentarily transported to H20 Xtream in Upper Hutt. The year is 1998. I’m having a bowl of chemically-tasting wave pool chippies to celebrate my friend Jasmine’s birthday. In an instant, the happy memory is gone. The year is 2021. I am alone, upstairs in a tired Burger King, tasting so little flavour that I’m suddenly concerned that I have Covid-19. At least I’ve been scanning in.

As much as I respect and admire Wendy as a trailblazing woman in a male-dominated industry, these fries are frankly setting back the movement by 100 years. Sure, they’re generously sized – often bordering on Salad Fingers length – but there’s no magic here. They’re pale, lightly salted and thicker than your average, a classic fairground fry without any of the fun. These poor fries are crying out to be chucked in a newsprint pottle with some day-glo sweet tomato sauce, but I have to respect the rules of the experiment. As is, where is. No exceptions. As I noshed down on the bland, starchy fry, I watched the good people of Queen Street mooch back and forth across the big Civic pedestrian crossing. A businessman on a Beam scooter nearly bowled over an old lady. A seagull hitched a ride on the roof of a boy racer car emblazoned with sexy lady stickers. Maybe the fairground was right in front of us all along. I took a handful of Wendy’s fries outside to feed the daredevil gulls and they all immediately flew away.

“These might be a little hot” the young lad warned as he slid over the Taco Bell tray with a truly stonking bag of chips on it. I’m told by a colleague that fries are not part of the Taco Bell canon in the United States, so was curious to see their spin on a Kiwi classic. These signature “Mexican fries” were coated in a boatload of seasoning that was sweet, spicy, a bit smoky and a lot tomato. And the lad was right – they were hot as all holy hell. Biguns. I don’t want my fries to taste like Biguns. Props for a very generous portion, but overall, an overwhelming and confusing culinary experience. A former radio personality from The Edge walked in as I was leaving. Celebrities: they really are just like us?

I’m not going to lie, every part of this Domino’s fry experience was a surprise. I wasn’t expecting my name up in lights, misspelled as “ALY”  in-store like I was an actual star being born. I wasn’t expecting the artisanal coffin-style cardboard box. And I was NOT expecting posh shoestrings – the Dominos of yonder-year being a chunky old oven chip experience. They were sprinkled with a yellowy seasoning, with the occasional suggestion of chargrilled oven-y black bits. Frankly, I was stunned. 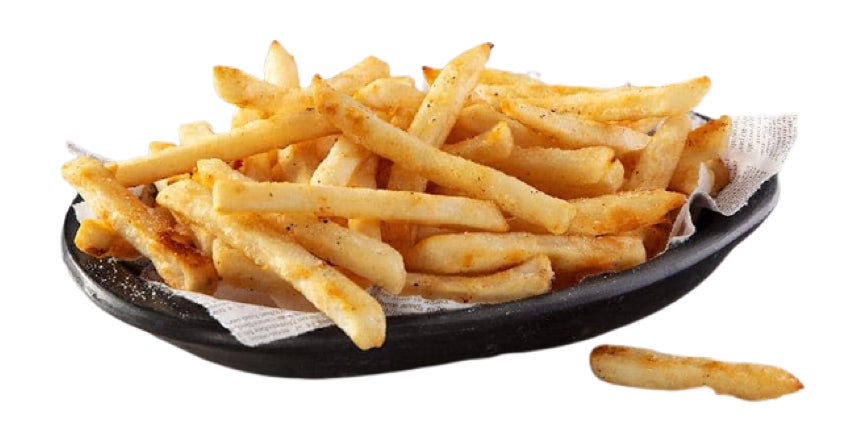 They were cold, but I’ll wear that one. Aly, always late. Perhaps because they had been sitting in the box for a few minutes, they were slightly soggy and had a glum chalky consistency that jarred with the sunny yellow shade. “I love the size,” says my fellow fry reviewer, “it’s like McDonald’s halfway through growing up to adult KFC.” He ate another. “They taste like oven fries. Not the best oven fries but I weirdly still love it.” We’re far from the shallows now.

These were the most crispy bunch of golden girls I have ever laid my eyes on. Texas Chicken is a new experience for me, but I was curious about their fries that feature a little dash of chicken salt for your nerves. “We fry things. It’s what we do. So of course we have the best fries,” the website boasted. “Straight cut and crisp, they’re the perfect accompaniment to our chicken. But they’re good enough to have all by themselves.” With respect to all of Texas, I’ll be the judge of that. 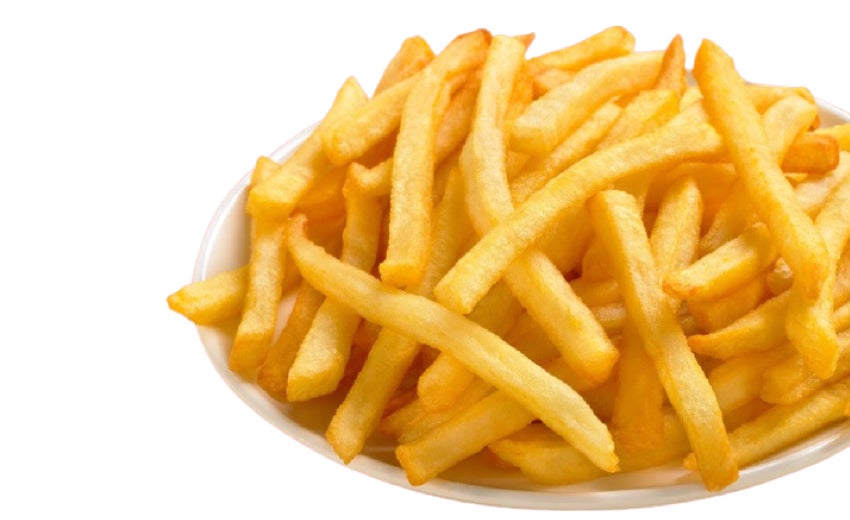 The first thing I wrote down after first bite was “major Bird’s Eye vibes”. Remember when Bird’s Eye Golden Crunch Oven Fries first came out and there was that ad with the family crunching loudly through the movie? Exact same energy. When you bite this fry, it bites you right back. “Better than BK, better than Wendy’s” murmured my accomplice through an acute case of Potato Throat, “these ones are straight down the middle for me.” 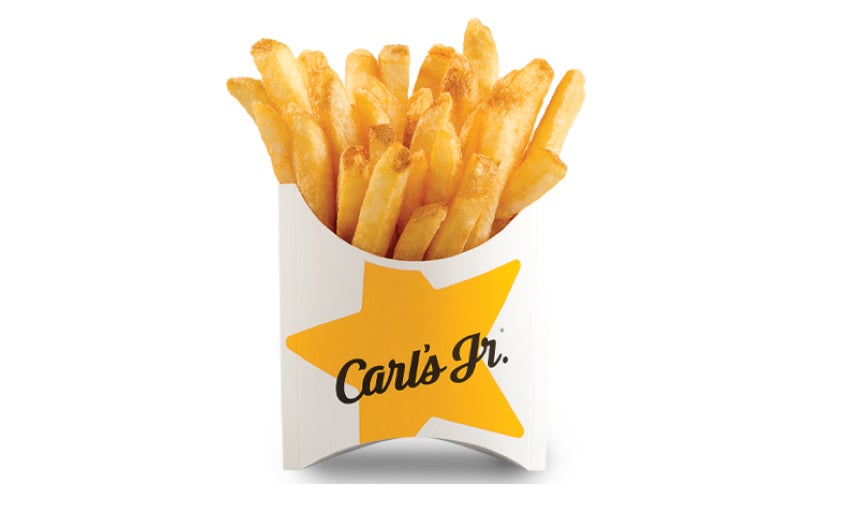 What an absolutely CLASSIC fry. Carl himself promotes these as “premium quality, skin-on, natural-cut French fries” and frankly, he is correct. These fries don’t appear to be heavily seasoned to the naked eye, but upon the first bite there’s some sort of witchcraft happening with the salt. They truly taste like they are seasoned with the depth of a wedge, but in a way that’s completely invisible. Dazzling in its simplicity and confidence, the only downside was having to resist the urge to drown them in mayo. Remember when Carl’s Jr first opened and you could use all the gratis mayo, sauces and salsas? Take me back.

I had high, high hopes for the Hut. It was probably mostly out of nostalgia for the days of all-you-can-eat buffet restaurants, the cheerful “0800 83 83 83” jingle, and that distinctive trapezoid roof. “I feel very nostalgic for eating these chips and playing video games,” my chip accomplice mused. I felt nostalgic for New Lynn, for bright green jelly and soft serve, and throwing up on the way home. 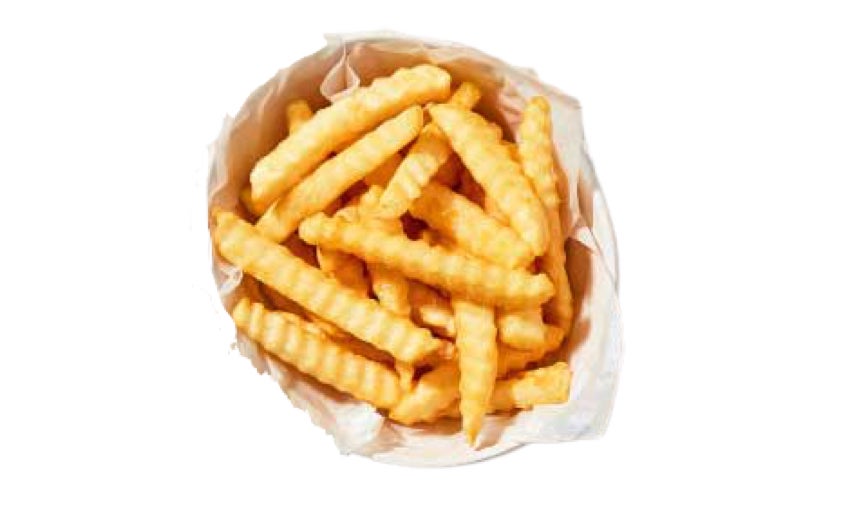 There’s one major thing going for these fries. As the only crinkle cut offer available, these curvy wee numbers can grab onto extra salt and flavour in a way that their straight-laced brothers and sisters cannot. Alas, they are also extremely thick and can turn real soggy, real fast. The top ones are yum as, but as you work your way down it’s diminishing returns. Just like life, really.

A divine fry experience. Obvious, timeless, safe, inevitable. When I washed up at Britomart McDonald’s, I was warmly welcomed by this small comforting baggie like it was an old friend. These fries were pale, salty and slightly sweaty, just like me. They were extremely uniform in length, shade and shape, and as much as I didn’t want to give props to The Clown, sometimes you just can’t mess with a classic. They are, obviously, improved dramatically with McDonald’s ketchup, but I had to resist. Rules are rules. Just an aside, if you’re aiming for “dinner and a show” from your food, these fries are perfect for doing Chip Walrus. As I picked at the chippies, two high-flying lawyer-types nearby started talking about “the case” and “their salaries” at an alarmingly high volume. They were both eating burgers from the Gourmet Range but, curiously, neither of them ordered fries. I guess money can’t buy taste. I hoovered up the crumbs and left, thoroughly satisfied if not a little thirsty.

Before you start, I know: KFC fries can have their bad days. But the batch that I assessed from their fancy Fort Street concept store was world-beating. First of all, they were so piping hot that I felt my fingerprints scorching off. But rather than pain, I felt exhilarated and ready to finally fall into a life of organised crime without the coppers on me tail. The man next to me, also struggling with the heat, made a sheepish face as he dropped a fry in agony. He could join me on the first diamond heist. 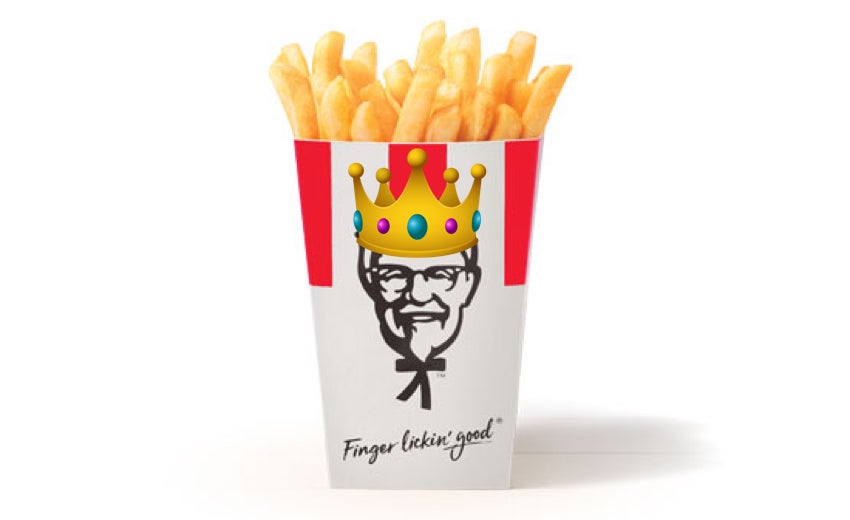 These fries are simply the perfect girth – more body than a shoestring, but not so thick that you feel yourself turning into a potato on a Zoom call. But what truly sets them apart is the chicken salt, a signature seasoning so coveted that they stopped leaving the shakers out because people kept nicking them. They’re crispy but not crunchy, cushiony but not too soft and, as sagely pointed out by New Zealand’s leading chip and KFC expert, exist entirely without sauce even needing to enter your thoughts.

Congrats to the Colonel, you’ve triumphed over clown, King and Wendy to take home this coveted win.

If you like talking about food, have a listen to our podcast Dietary Requirements. Subscribe on Apple Podcasts, Spotify or your favourite podcast provider.