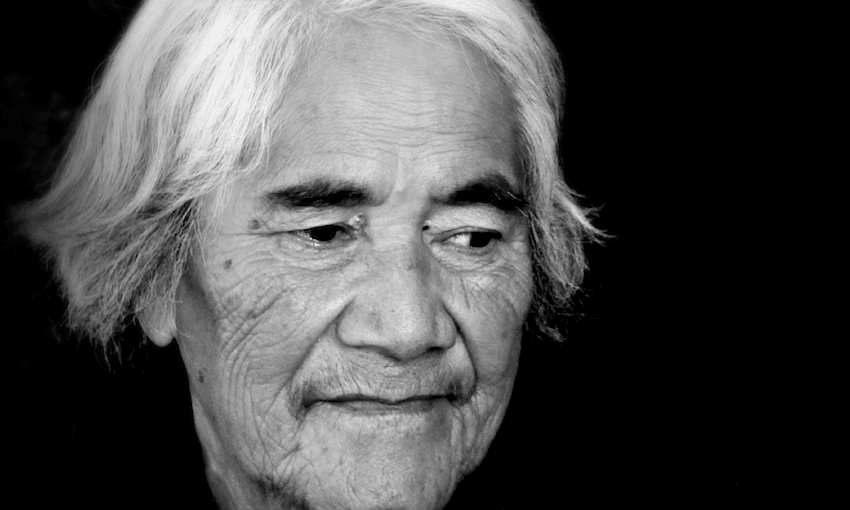 The Wairarapa photographer whose kuia portraits capture a community

It started out as a love for the Māori women that had been part of her childhood. Photographer Kiri Riwai-Couch spoke to Aaron Smale about her exhibition of kuia portraits.

Kiri Riwai-Couch was asked how many people she expected turn out to the opening of her photo exhibition. Even a quick calculation told her the number was going to balloon.

After all, the exhibition was of 60 portraits of elderly Māori women.

The photo project started as both an extension of her journey as a self-taught photographer and a tribute to the many elderly women who were friends and relations of her mother, Paremo Matthews.

Moving to the Wairarapa 40-odd years ago from Northland, she was shocked at the few numbers of te reo Māori speakers. A first language speaker herself, she soon got involved in setting up a kohanga reo and her community involvement has been going ever since.

Kiri says the portraits were a way to honour the women her mother has been involved with over many years.

“When I became a mother myself I got this whole new appreciation of women and womanhood, your grandmothers and it just kind of grew from there. I started thinking seriously about this project about six or seven years ago. It had a lot to do with capturing women for historical purposes, but women that I know. I know them all. They’ve been quite influential in our lives. They’re all awesome women.”

Kiri aimed to capture portraits that reflected the people known and loved by their families.

“I felt a sense of responsibility. I didn’t want to give them a stink portrait. I wanted them to look beautiful, I wanted to portray them the way I knew them. A lot of people comment when they look at the photos that you can tell that they’re all comfortable with the person behind the camera. That’s because I’m their moko, I’m their niece.”

Despite having two exhibitions and a book under her belt, Kiri still thinks of herself as an amateur.

“She’s quite influential to me as a photographer, especially the fact she wasn’t Māori. You look at the photos of these kuia, they’re really comfortable with her. You can tell, they’re standing there and happy to pose for her.”

The personal project resulted in an earlier exhibition of 30 images in 2014 and then she pushed on to take another 30 which, combined with the earlier selection, make up the latest exhibition and a book. After the first exhibition she gave the portraits to the subjects and their whānau but it was pointed out that she was breaking up the collection.

“I thought, what am I going to do? One of them said, put us in a book. So with the idea of a book came the idea of more portraits to make it a little bit more substantial.”

“I had no idea how to get funding. There’s so many things that are going to cost you money, the framing itself, the printing of the photos and all the other bits and pieces. The main funding for the whole project has been from the Masterton District Creative Community Scheme. They’ve been really cool, I’m really grateful to them.”

She also had help from a “lovely, kind cousin” to fund a second print run of books.

The exhibition brings a sense of closure to the project and she’s reluctant to take up offers of doing the same in other areas.

“I’ve been working on it for a while and it feels like it needs to come to an end somehow. So this exhibition is like giving it a kiss goodbye.”

If anything, she hopes the portraits will inspire others to do the same for their own people.

Despite the increasing recognition and appreciation for her work, the greatest compliment has come from her nine-year-old daughter.

“She said, I just love your book so much Mum, it’s amazing. I said, if you say that I must have done a good job.”

Kuia+ is at the Aratoi Wairarapa Museum of Art and History, Masterton until May 6.