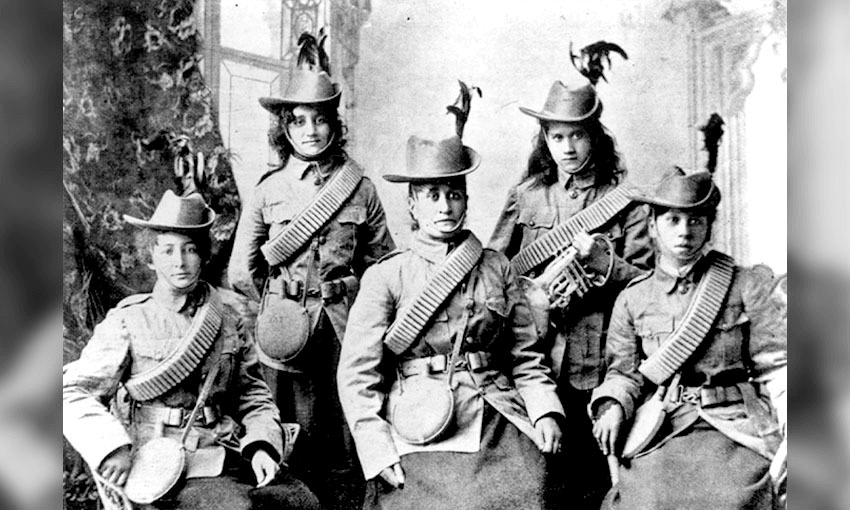 Māori mobilisation in a crisis: A proud history

The Māori response to the Covid-19 crisis has been swift and strong. It’s not the first time (nor will it be the last) that Māori have stepped up in a national emergency, writes historian Aroha Harris.

In recent weeks I’ve been pondering the iwi Māori capacity to mobilise and noticing how quickly and efficiently Māori groups and communities have rallied in response to the Covid-19 rāhui.

Remote communities have set up checkpoints to regulate the movement of people into and through their territories. Māori clergy turned Facebook into a pulpit for morning and evening karakia and Sunday services – Te Pihopatanga o Aotearoa is just one example. Te Rōpū Whakakaupapa Urutā has been both advising Māori about Covid-19 and making a stand for government responses that centre equity, keep faith with mana motuhake, and aim for an exit from the current rāhui that allows Māori to thrive.

For me, social media has been a steady stream of acknowledgement of iwi, urban Māori, kura, and Māori organisations of all shapes and sizes making and delivering care packages, kai hampers, sanitiser and masks. Through all this activity, I see a robust and grounded home front that reflects important elements of our past.

Historically, major crises – whether war or disease – that took and disrupted far too many lives also generated unreservedly Māori responses, often focusing on whānau and community health and wellbeing.

One example was the Ngāpuhi Sisters of Mercy, a group of wāhine from prominent families of the Whangārei district who trained in first aid, intending to qualify as nurses in the field. They fundraised for New Zealand’s contributions to the South African War of 1899-1902 and appear to have attended public events and provided first aid services, like at the 1901 Marsden military sports day. Throughout the same period, and well into the 1910s, Māori communities continued to suffer disproportionately from typhoid, smallpox, tuberculosis and other infectious diseases.

The Young Māori Party, established in 1909, advocated for a comprehensive Māori health programme, including substantial nurse training, leading to an autonomous network of Māori nurses working in Māori districts.

Despite decades of lobbying, planning, and work, those aspirations were dashed for a range of reasons that included lack of government support and Pākehā resistance. In the meantime, Akenehi Hei (Te Whakatōhea, Te Whānau a Apanui) and Heni Whangapirita (Ngāti Porou) were among the first Māori women who trained under the Māori nursing programme.

Akenehi’s several nursing appointments included working at Te Kao during a typhoid outbreak in 1909. In the winter of 1910, she returned to Gisborne to nurse a niece who was sick with typhoid, as well as other family members. She succumbed to the disease herself later that year, dedicated to her nursing mission to the end.

During World War I, efforts on the home front included the Māori Soldiers’ Fund launched in 1915. The fund was an initiative of Miria Pomare (Rongowhakaata and Te Aitanga-a-Māhaki) and Lady Annette Liverpool, the wives of Maui Pomare and the governor (later governor-general) Lord Liverpool respectively. Its activities included sending kai and clothing to the Māori contingent, holding receptions for returned servicemen, and visiting wounded soldiers in hospital.

Another prominent woman, Te Puea Hērangi, mobilised Māori, specifically Waikato-Tainui against the same war. She stood shoulder-to-shoulder with Waikato men when they refused conscription and were roundly punished as a result.

Her leadership and service continued when her home community of Mangatāwhiri was devastated by influenza in 1918. She saw to it that 100 orphaned children were placed with remaining families and embarked on a project that led eventually to the establishment of Tūrangawaewae at Ngāruawāhia as the Kiingitanga centre.

Whānau health and welfare remained on the agenda of Māori women’s organisations through the rest of the century. Established at Ōhinemutu during the inter-war years, the Women’s Health League with its mostly Māori membership focused on the health of women and children in the home.

When the 28th (Māori) Battalion formed in 1940, young Māori men quickly filled its companies, though some opposition continued, including in Waikato. Back home, Māori throughout the country applied their energies to supporting “the boys”.

New wartime music included Anania Amohau’s ‘Māori Battalion March to Victory’, Tuini Ngawai’s ‘Arohaina Mai’, and Ruru Karaitiana’s ‘Blue Smoke’. Alongside the care packages and Christmas parcels, many Māori communities also turned their attention internally to their own welfare and that of their homes and marae, in the process laying the foundations for community work that would follow in the second half of the century.

All that mobilisation. All that energy and action. All that rallying in times of hardship and crisis. In the past and in the present. I feel immensely proud. But I’m also a bit sad and wary because our mobilisations have so often been met with resistance, demands to prove their value and relevance, and even charges of separatism. In the past and in the present.

However, to risk generalising, Māori are well-equipped for mobilisation; we’re called to instant action every time an unexpected hui is on its way to the marae.

Whanaungatanga, or relatedness, means our lives are undergirded by organisation and networking, a foundation for belonging, which is a great boost in times of need, such as those we find ourselves in today.

Dr Aroha Harris (Te Rarawa, Ngāpuhi) is an associate professor in history at the University of Auckland and a member of the Waitangi Tribunal.

A version of this article appeared in Auckland Museum’s Online Cenotaph to commemorate Anzac Day.