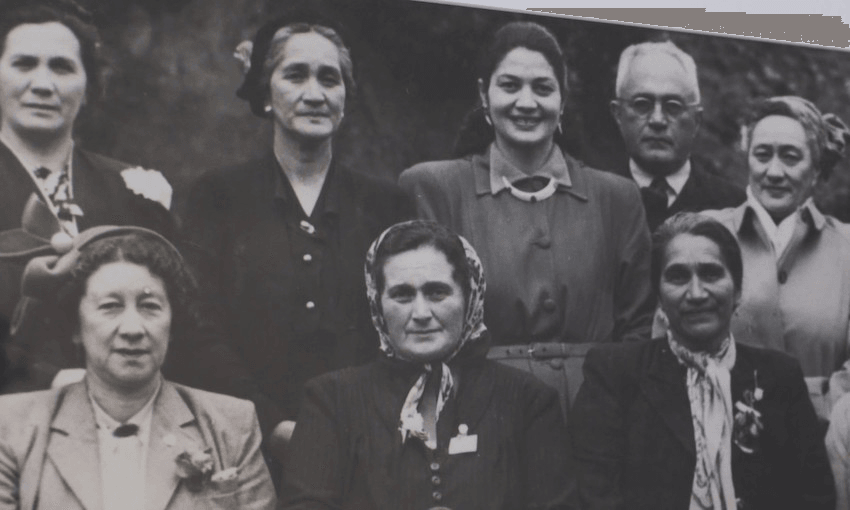 The power struggle in the Māori Women’s Welfare League

The remit is aimed at expelling Pauline Rewiti, a South Auckland social worker and president of the Rongopai branch, and seven other witnesses who submitted evidence in a court case against the League.

The remit is the latest move in a bitter power struggle within the League.

“It saddens me that following the High Court hearing on 2nd July I was threatened with dismissal along with all [seven] of my witnesses – Māori women of mana and integrity,” said Rewiti.

Rewiti is taking a case against the League after its National Executive secured 180 amendments to the constitution in 2013 including a controversial amendment allowing presidents to serve more than one term.

In the past, it was customary for League presidents to serve only one term. The only presidents to have served more than three years are founding president Dame Whina Cooper (1951-1957), Whaea Ruiha Sage (1964-1968), Dame Miraka Szaszy (1973-1977), Dame Georgina Kirby (1983-1987) and incumbent president Kapua, the well-respected Auckland lawyer.

“The current National President and some National Executive members made [the decision to threaten dismissal] on their own on 27th May five weeks before the hearing,” said Rewiti.

“My dismissal and seven others were then withdrawn, but only temporarily with the threat of permanent dismissal following the decision of the High Court.”

But Kapua maintains no members were threatened with dismissal, only invited to answer concerns put to them.

“To be clear, no dismissals were threatened in respect of Mrs Rewiti and the 7 witnesses,” said Kapua.

“In order to deal with the matter in a much fairer and more transparent manner, the National Executive decided to set out the concerns raised about the actions of Mrs Rewiti and 7 witnesses who swore or affirmed affidavits in support of the High Court proceedings against the League.  They each received a letter outlining matters that they were invited to respond to.”

The invitation to respond was later withdrawn, but the remit proposing Rewiti and the witnesses’ dismissal will still go the League’s Annual Conference this year.

“That will be a matter for the membership as a whole,” said Kapua.

The Annual Conference is scheduled for 10 November.

In a public petition uploaded to Change.org, Rewiti – whose branch patron is Whaea Hine Puru, the daughter of League legend Dame Whina Cooper – alleges that nearly 500 members have resigned from the League in the last four years, frustrated at its changing culture.

One prominent East Coast member (who wished to remain anonymous) resigned recently, hōhā with the “BS” going on within the League.

But other members who spoke to māui street maintain the better option for Rewiti and her supporters would have been to appeal the constitutional changes using “internal processes,” and that court action is causing unnecessary conflict.

The High Court’s decision has been reserved.

July 2011: the High Court rules Hannah Tamaki, “Bishop” Brian Tamaki’s flamboyant wife, can contest the League’s presidency after officials removed her name from the ballot in response to a branch stacking scandal. Although the Court rules in Tamaki’s favour, Justice Kos finds ten Destiny-related branches invalid and ineligible to vote;

November 2011: a constitutional review panel is convened and work begins to address issues like branch stacking;

June 2012: Tamaki is stood down as a League member;

September 2013: the constitutional review and consultation ends. The National Council – that is, the League in its Annual Conference – passes the revised constitution;

September 2014: Prue Kapua, who was a member of the constitutional review panel, is elected to the presidency;

September 2017: Kapua is re-elected. Judicial review proceedings are filed in the High Court in 2018 claiming Kapua’s re-election was unconstitutional;