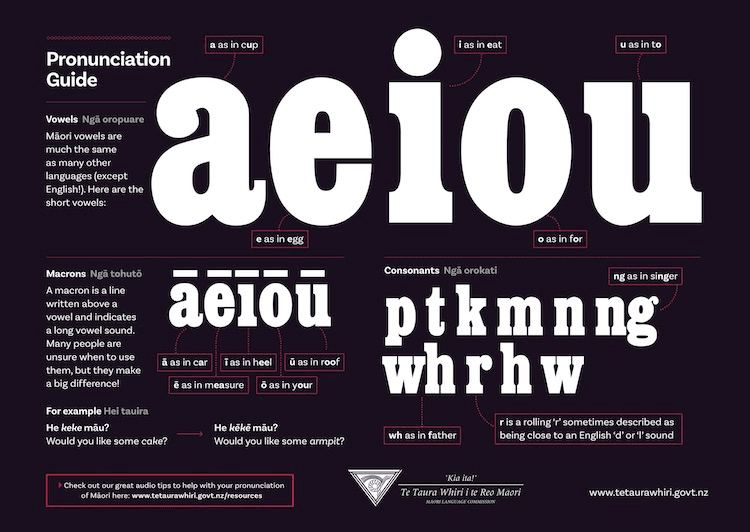 Oh, te reo Māori is dying? Let me just stop you there…

In the wake of negative te reo Māori stories this week, a hashtag has appeared that centres the conversation back on the positive.

It’s said that in politics, once you’re in opposition conciliatory gestures are no longer required and the aim is to stay in the spotlight however you can.

National Party leader Bill English showed his true colours again on The AM Show on Tuesday, arguing that it is the responsibility of Māori, not government, to save te reo Māori. He told Duncan Garner: “The government has some obligations through the Treaty. It’s met them in my view. We’ve spent a lot of money on TV, on resources for schools and so on.”

Translation: we tried and failed so we’re washing our hands of it.

Most telling was his comment that, “You can’t rely on a government and a bureaucracy to save someone else’s language.”

With those two words Bill sums up his feelings, and that of many New Zealanders, on an official language, the first language, of New Zealand – it is not the language of those of us in power. It is a power-less language.

We hear you loud and clear Bill, although I wish with the fire of a thousand suns that we didn’t have to. Ever again. Perhaps, just perhaps, attitudes like yours are the problem.

His comments were in response to a new book, Killing Te Reo Māori: An Indigenous Language Facing Extinction, by Pākehā historian Paul Moon, a purportedly “explosive” look at the present state of the Māori language

Few people have had a chance to read Moon’s book and therefore respond to the charges made in it. A press release on Monday claimed it would be available exclusively through Unity Books but as of yesterday, Unity Books Auckland hadn’t even heard of the title let alone had it sold into the store. Wellington only had three copies and so The Spinoff won’t be publishing anything about the book until it arrives from Wellington and we’ve had a chance to read it.

In the meantime, Moon seems to be taking full advantage of the January news lull, and the fact that no one can get hold of the book, to dominate a conversation (some might call it a monologue) on the subject of the extinction of te reo Māori – a language he cannot speak. One of his main points is that compulsory Māori language in schools will contribute to the language’s demise instead of saving it, because that is what has happened overseas. To be clear, no one has even attempted it here yet.

Aside from taking oxygen from the kaumātua, kaikōrero, academics, linguists, writers and thinkers who are far better qualified to comment, and having no lived experience of being Māori or speaking or supporting te reo Māori, one of the biggest problems I can see (at least from what has been shared so far) is the lack of any hint of a solution or strategy. And that’s where Moon’s approach differs to that of Māori language advocates – indeed tangata whenua in general. The revitalisation of Māori culture, whether it’s been traditional pastimes, approaches to health, or the arts, has always been centred on doing and growing. You can’t just show up and loudly point out what’s wrong. Either help or get out of the bloody kitchen.

If the colonial and subsequent governments of New Zealand had got their way, no one would speak te reo Māori today. That it survives at all is testament to the indomitable wairua of those ancestors who protected it against great odds. In short, it’s a bloody miracle. Except it’s not a miracle, it’s the product of a people who downright refuse to participate in defeatism. If we had laid down every time Pākehā New Zealand told us the pillow was being smoothed in preparation for our demise, I wouldn’t be here angrily typing out my reckons today.

Sorry Bill, but I believe it is absolutely the responsibility of the government that sought to extinguish te reo Māori to revitalise it, or else that government can no longer claim to honour the Treaty of Waitangi and its principles or count that language as an official language of this country. You can’t have it both ways. But while the state figures out how to mend the deep wounds it has inflicted on tangata whenua, hopefully in collaboration with tangata whenua, we will continue to share, grow and protect the language our own way.

And so in that spirit, two hashtags emerged that re-centred the conversation squarely back in the positive. People from a huge variety of backgrounds are sharing their positive experiences around te reo Māori learning and revitalisation on Twitter and and Facebook with #letssharegoodtereostories and #goodtereostories, and the stories are a balm to the soul for those of us sick to the teeth of being told by white men in power how we should be defined.

These are some of my favourites. Add your story to the conversation.

My Pakeha grand-dad enrolled at Uni to learn Te Reo so he could pronounce all his grandkids names. #let‘ssharegoodtereostories

I’m the first person in my immediate whanau for 4 generations to be learning Te Reo Māori. My son will be the first in 5 to be raised speaking it, and to own fluency as a child. #letssharegoodtereostories https://t.co/Su19c24QzN

We just had 1400 entries to win Te Reo learning workbooks in 24hrs, and they had to attempt a Māori phrase to enter #goodtereostories

My Pākehā husband has been learning Te Reo wanting to use it more in every day situations (alongside learning Samoan for his wife and daughter).
A new frequent in our whare:
Kāti te aro ki te waea māmā!#blametwitter#goodtereostories #LetsShareGoodTeReoStories

We have been so completely embraced as a Pākehā family switching to MME. Māori people are so generous with their time, their knowledge, their tautoko, and their lack of judgment when we make mistakes. Learning te reo has opened up a new world for us. #LetsShareGoodTeReoStories

I am Māori, but have never really acknowledged it as a positive.
The last few years I’ve been attending classes, & passed levels 2, 3 & 4

#goodtereostories I remember touring with the band Aotearoa Orientation week. We were having a kai at Victoria Uni & I remember for the 1st time ever hearing young people my age conversing in Māori. It was like the sun came out.

I’m lucky to be an early #KōhangaReo kid, in ‘82 – #TeReo was my first language. After too many years of not speaking Te Reo, I’m on a journey of reconnection, reawakening. Honouring the fight to save Te Reo that my parents were heavily involved in #LetsShareGoodTeReoStories