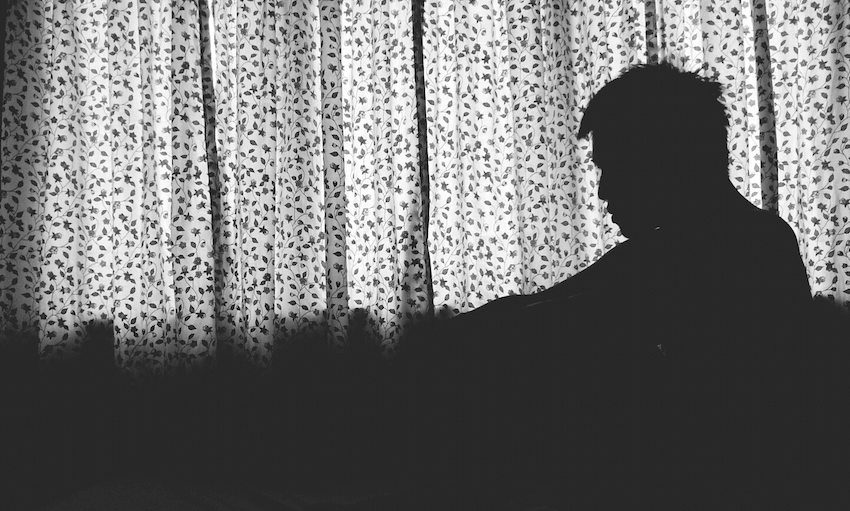 He saved my life, but he couldn’t save his own

The government’s inquiry into mental health and addiction, announced in January, travels to Whanganui this week, home of the mental health worker who changed Jason Renes’ life.

After the third time I self-harmed I told my mother I was hurting myself and I needed help to stop. She set up an appointment with a GP. He listened to me talk about how intensely sad and hopeless I felt, how I was dogged by suicidal thoughts and that I was starting to act on those thoughts. He told me I had depression and referred me to talking therapy sessions with a psychologist. That was how I came into the mental health system.

That was 10 years ago. My son had just been born, though his mother and I had broken up about a month before his arrival. Those last weeks of the pregnancy gave me something to focus on. However, after the birth I found myself open to profound feelings of rejection and these fed a deep sense of unworthiness. I also had a terrible fear that I was going to be deemed unfit as a father and that I would lose my son. This fear beat up my mind. I couldn’t sleep. I lost my appetite. I began to believe that it wasn’t simply fear, it was in fact prophecy.

The hurt came swiftly and struck with severe force. It didn’t just linger over me, it outright smothered me. I couldn’t see anything good. Not my newborn son nor the possibilities of parenthood. Not my mother, who shuddered with love for me but was overwhelmed with worry. I just saw an unlovable loser, a deadbeat dad in the making whose child would grow to hate him. Someone who would probably do everyone a favour if he no longer existed.

I was going to kill myself. That’s why I was self harming, to get a feel for what to expect. But I wasn’t entirely convinced. Some rational part of me kicked in. It hadn’t been utterly drowned out by great fear and despair. I was playing fast and loose with my life. I really needed to talk to someone.

I was referred to cognitive behavioural therapy with a nice, soft spoken psychologist whose name I have forgotten. To be honest, I can’t even remember what we spoke about. He hooked me up with an art therapy outfit down the road from the hospital, where our sessions took place. I did some pretty awful art at that place, but I liked focussing on creating something. It helped me feel productive.

What really got me through however, was a mental health support worker from a local hauora.

K visited me at my house and we developed an instant rapport. He was about 10 years older than me, had a child of his own with a woman he was separated from. He would pick me up and we’d get coffee. We’d talk, not necessarily about my depression. Mostly about fatherhood, relationships, our visions for the future. We’d talk about politics, the Warriors and the state of modern rock music. We talked like friends.

One time I remember I was going on about something and K was just smiling at me. After I made my point he mentioned how, during this entire korero, I had been looking him in the eyes.

“When we first met you were always looking down at your feet when you spoke to me,” he said. “Now, you’re looking me right in the eyes.” He sounded proud of me.

K continued to visit regularly for about a year after I finished my sessions with the psychologist. After I had got a job and was bonding with my baby boy. After I was stronger in myself and able to manage the blues that still paid visits to me sometimes. Every couple of weeks, a coffee with K. He admitted that he didn’t think I needed his support anymore. He just liked my company. Eventually, he closed off my file and my brief experience in the mental health system came to an end. I assumed he continued supporting other young guys like me, struggling with their fears and pains.

About three or four years later I learned K had taken his own life. I had to ring around a bit to make sure I was hearing about the same person, but it was confirmed this was the man who had been a friend to me when I needed one. K had left the hauora a year or so after my file was closed. He had moved to Whanganui and died there. He was cremated by his family.

I felt guilt. Deep guilt. Thinking about it objectively there’s no reason I should feel this way. When I knew K it was a long time before he did this thing to himself, while I was going through my own raruraru. I don’t know how I would’ve picked up on the pain he might have been feeling, if he was in fact feeling it back then. Nonetheless, to this day I still feel guilt.

And then there’s anger. Why was this man, who had done good work in the mental health field, been allowed to slip through the cracks? He worked alongside experts in mental health – doctors, social workers, counsellors. Where was his support? Why couldn’t he feel like he could reach out to one of them? It’s unfair. He should still be here, helping people like he helped me. He was making differences in people’s lives. Why couldn’t anyone make a difference in his?

Right now, there is a government inquiry into mental health and addiction. A panel is travelling through the country and receiving submissions from those who provide mental health and addiction services and those who use them. The purpose is to identify unmet needs and come up with recommendations for a better system. Their next stop is this Thursday in Whanganui, where K came from. If I could be there I’d tell them about him.

I’d tell them he was a registered nurse. A red-haired Pākeha with the āhua of a Māori and a warm smile. He loved to dive and fish. He drank flat whites and always had 90s grunge playing in the car when he came to pick me up. We talked about Nietzsche and he suggested I read Piaget for his take on early childhood development. He told me children crave structure, that it helps them feel safe. He left behind a daughter, she must be in her early twenties now. He used to take her fishing.

He was my friend.