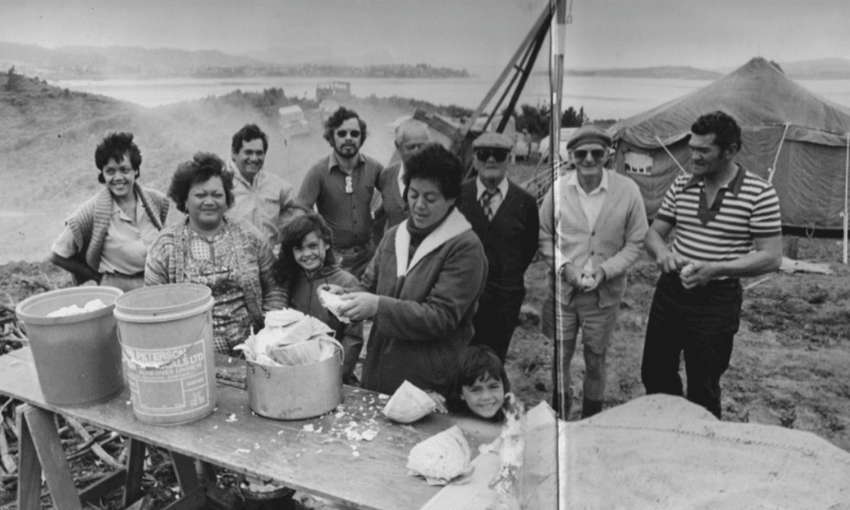 The podcasting architect aiming to revitalise a historic Northland community

Whangārei architect Jade Kake has made a career changing behaviour through design, decolonising Māori thought patterns and outcomes through altering the environment in which they take place. But her next project at Te Rewarewa is by far the most ambitious yet. Don Rowe reports.

There are few living arrangements as seemingly distant from te ao Māori as a hippie commune in New South Wales. But for architect Jade Kake (Ngāti Hau/Ngapuhi, Te Arawa, Te Whakatōhea), childhood on a converted dairy farm in the foothills of the Blue Mountains would prove formative in a body of work that seeks to, in her words, decolonise through design.

“My parents were founding members of this community who were united by a vision of living more sustainably and being more connected to the earth and each other,” says Kake, living now amongst her mana whenua in Northland. “My mum used to say ‘oh, you didn’t really grow up Māori,’ – but all the things we did were actually really Māori ways of living. She just didn’t have the vocabulary or context for it.”

Communality, shared space, collectivist relationships to food and parenting – all these things are, to Kake, simultenously the foundation on which te ao Māori exists, and also fundamentally incompatible with the more isolating structures in which most Kiwis live.

Thus Kake is primarily focused on ‘rebuilding the kāinga’; reestablishing Māori ways of living in Māori spaces. Through altering the environments in which Māori exist and interact, allowing for indigenous modes of behaviour, Kake believes it is possible to affect far more than just your immediate surroundings.

“If you can shape your physical environment then you can shape the cultural and social outcomes that we want, and that necessarily creates a shift in thinking,” she says. “We have these ideas and these behaviours that we’re learning and unlearning and as we’re developing our communities and rebuilding things like papakāinga, those ideas are feeding into that design process.”

“It enables all these different behaviours and relationships and ways of being that weren’t so possible when we were living in this colonised settlement pattern.”

Kake discusses these themes in her podcast Indigenous Urbanism, a place-based storytelling show that looks at architecture and design through a Māori lens. Through prioritising the community voice, Kake seeks to understand exactly why locations and projects are important to the people first and foremost, rather than focusing exclusively on the end result.

Visiting locales like the Ngā Uri o Te Aurere Pou Whānau Trust papakāinga in Mangakāhia, west of Whangārei, Indigenous Urbanism explains the why with as much consideration as the what – typically the focus of architectural dialogue.

“We often talk about architecture and urban design in quite clinical terms,” says Kake. “I think that is a mistake. What I wanted to do is change the way we think about that, and that’s why I try and prioritise the community voice. Why are the changes and the progress that the mana whenua are proposing or progressing important to them, and what is it going to mean to that community?”

But it’s not all theory. Alongside whānau and hapū members, Kake is in the initial stages of a 100-year project to revitalise the historic Te Rewarewa block just outside Whangarei, returning prosperity to the historically under-serviced region through full realisation of papakāinga design principles. Te Parawhau land granted legal through the Native Land Court in 1865, Te Rewarewa is one of the last large Māori land holdings in the area. At almost 300 acres, preliminary drafts have identified locations appropriate for everything from communal housing to bee keeping.

The 100-year strategy plan includes reestablishing direct access to Whangarei harbour, rebuilding the railway line which once passed through the area, utilising hilly land for forestry and reconstructing a marae with potential for extensive mara kai – food gardens.

Kake anticipates the first stage of papakāinga housing will be completed inside of five years, and a functioning community established within the decade – the burgeonings of a new way of life grounded in Māoritanga.

“I think inherently we have this relationality, and this kind of living enables a fuller expression of that. It also enables us to rebuild some of those relationships that might have been damaged or lost over time because of the impact of colonisation.”

“What is whakapapa other than a connection of relationships? That can come through your own tipuna, or it can be across your natural environment and everything that lives within it. Our connection with each other and with the land is what defines us as Māori.”