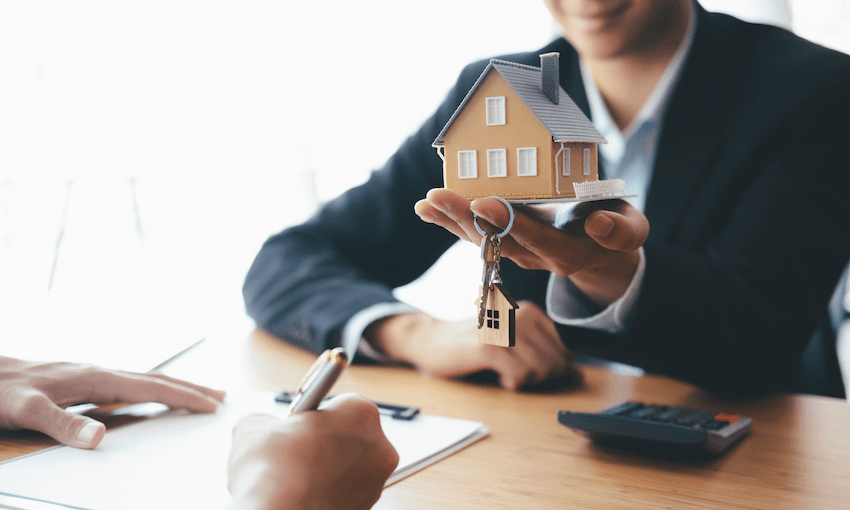 What the new tenancy laws mean for Māori

The legislative changes are designed to improve renters’ rights, but will they make a difference to the people who have borne the brunt of the housing crisis?

A Māori public health provider has welcomed new tenancy laws that came into effect this month, but is concerned the new rights haven’t been communicated to the most vulnerable Māori renters.

Hāpai Te Hauora general manager Tara Dymus says the amendments, which include prohibitions on rental bidding and an end to no-cause terminations, are a step in the right direction for Māori, who are more likely than most other ethnic groups to be renters or to live in substandard housing.

In the 1930s the proportion of Māori living in a home owned by someone in that household was actually higher than for the total population, but rates gradually fell, particularly as many Māori moved into the cities.

From the 1990s, the proportion of households living in owner-occupied homes declined across the population, but dropped at a much faster rate for Māori and Pasifika. As home-ownership rates have fallen, due to people treating houses as financial investments rather than homes, more and more people are living in rental housing. Māori and Pasifika have bore the brunt of this housing crisis.

A 2016 report by Statistics New Zealand found that Pākehā were “much more likely to own their home or hold it in a family trust than other ethnic groups, at 57.9%”. While the rate for Māori was just 31%, and only 21% for Pasifika.

“Since the dawn of our colonial history we’ve been moving around wherever we can find mahi or housing, so where we can find housing that can accommodate our whānau is generally where we move,” says Dymus.

The competitive and unaffordable rental market has created a lacklustre environment where Māori are often forced to settle for “sub-par housing that is unsafe and not warm or dry, that might not be in the safest communities”, he says.

“This housing crisis is exacerbating the inequalities that exist for our whānau Māori,” says Dymus.

The 2018 General Society Survey showed that Māori and Pasifika experienced higher rates of dampness and mould, as well as other problems such as feeling cold and living in housing requiring major repairs. Just over 40% of Māori lived in damp housing, compared with 21.3% of Pākehā.

“Having a warm, dry home is a right for anybody,” says Dymus. “A lot of the health issues that we see are exacerbated by poor quality housing, the stress of moving all the time, the stress of living in unsafe communities”.

While the new tenancy laws have been updated on the government’s Tenancy Services website, Dymus is concerned that not enough effort has been made to get the message across to Māori who are most vulnerable.

“One of the biggest barriers is that whānau aren’t getting the information that they need to understand their rights in terms of tenancies, all the ins and outs of their rights as tenants.”

The Covid-19 pandemic has underscored just how much of a problem the digital divide is. Those most at risk are often isolated from the information they need through lack of computers, smart phones, internet connection or data. The tangle of technical legal jargon used in these amendments only adds to this inaccessibility for whānau Māori.

“The government’s not really doing a good job in terms of pushing the information out, in terms of making sure whānau are informed. Our resources only stretch so far, we do as much as we can but the government could definitely do more.”

If the aim of this policy is to empower tenants, it’s vital this information is effectively communicated to Māori, says Dyson. Hāpai Te Hauora is doing what it can to get the message out through social media and hard-copy manuals.

“One of the main downfalls of the government is it’s a colonial institution and it’s not culturally competent,” says Dymus.

As a result, the responsibility of dissemination of information is left to communities that are already under-resourced.

Worryingly, being able to spend the majority of your income on exorbitant rent puts you in a privileged position if you’re Māori. As the latest Salvation Army state of the nation report underscored, the social housing register is at record levels, with over 22,000 registered. Nearly half the applicants on the register are Māori.

While this move to improve rights for tenants offers some relief to renters and opens up possibilities to gain some control on an absurd rental market, for the most part, it’s not going to make a significant dent in the housing crisis for Māori.

“Though policy has its place, it’s only a band-aid solution. A dynamic approach needs to be taken to improve health and wellbeing outcomes for Māori,” says Dymus.

It’s not a hard task to make the link between the current struggle around housing for Māori and historical land theft in Aotearoa. It’s a history that was highlighted by the NZ Wars: Story of Tainui documentary released earlier this week, which detailed the violent confiscation of land from Waikato Māori. The tremor created by the forceful separation of Māori from their homes continues to impact us today. Māori have quite literally become, as Mihingarangi Forbes says in the documentary, “tenants on our own land”.

The solution is ongoing, says Dymus. “Until the ultimate issue of Māori rights being recognised and validated as laid out in Te Tiriti is remedied, we will continue to wage war on systems that were not designed to see us thrive”.